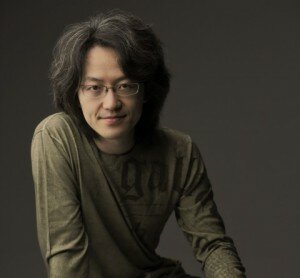 Your father, Masaaki Suzuki, must have had a major impact on your musical development as a child. What else inspired you to pursue a career in music?

My father had a lot of influence on me as a musician, though I never actually studied with him properly apart from at the Tokyo University for Fine Arts and Music, when I was a student in Masaaki’s class. This was quite special in a way, as I was able to see the way he works, as every other student in the class. Whilst Masaaki introduced me to the world of Baroque music, I became inspired whilst studying composition at the University of Tokyo, where I became familiar with many fascinating contemporary composers. This is especially interesting to me as the composers are still living, so I am able to see the inspiration of their compositions, relating to the world I live in now.

Becoming Principal Conductor of the Bach Collegium Japan was a great challenge, as I was formerly the organist, and therefore my relationship with those I work with in the orchestra changed considerably. Every day presents new and exciting challenges that I look forward to tackling. Conducting an orchestra is pure fun for me!

The first would be ‘Bach: Cantata’s, Volume 28’ (BIS) my first recording as harpsichordist of the Bach Collegium Japan! I’m also proud of our Cantata’s Volume 44, where I played the solo part in Bach’s Organ Concerto.

Your new recording project with Antoine Tamestit sees you perform J S Bach’s three sonatas for Viola da Gamba and Harpsichord. What inspired you to take on this project?

Antoine and I have been very good friends for years, and share a love of sushi which always brings us together, and of course music. We have been talking about making a recording for a while, and it has been the greatest joy to finally work with him on this. The result has been so fruitful and I look forward to sharing this with people.

You seem to have a very busy workload! How do you make your repertoire choices from season to season?

I believe you have to enjoy making the music you choose to perform. I have always chosen music I love, and I’m happy with the results so far.

I don’t have a definition of success, as such. I’m happy with the way my career is growing and developing, and believe musicians should always take a humble stance on their career. Acknowledging success might encourage you to stop striving as much, and there is always better music to be made!

What advice would you give to a younger artist?

I once attended a masterclass given by the great Yo-Yo Ma who explained the three steps to becoming a musician. The first evolved around being confident and proud of what you are making. The second focused on overcoming your insecurities and inexperience as a young musician, and the third encouraged us to continue making music against all odds! I think this third step is the most important but also the most difficult.

A multifaceted musician, Masato Suzuki appears on the concert platform as conductor, organist, harpsichordist and composer. His conducting engagements have seen him work with orchestras such as the Bach Collegium Japan (as Principal conductor), Hiroshima Symphony, Kyushu Symphony, NHK Symphony, Tokyo Philharmonic, and the Yomiuri Nippon Symphony Orchestras, with repertoire from Haydn and Mozart to Ravel, Tchaikovsky and Schnittke. As organist and harpsichordist Suzuki’s relationships with ensembles such as Bach Collegium Japan as well as chamber music have taken him to major concert venues and festivals across Europe and the US. In the capacity of composer, Suzuki is published by Schott Japan and has recently received commissions from Sette Voci, Tokyo Musik Kreis and Yokohama Minato Mirai Hall among others.