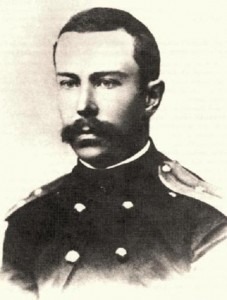 Rimsky-Korsakov in 1866 as a naval cadet

Nikolai Rimsky-Korsakov (1844- 1908) started his career in the navy, entering the Naval Cadet College in St. Petersburg at age 14. It was a fortunate choice of city because it gave the nascent composer a chance to continue his piano lessons, as well as the opportunity to attend his first concerts and go to the opera.

When Rimsky-Korsakov met the composer Mily Balakirev, he joined the circle already formed around the musician. Rimsky-Korsakov was joining army officers Modest Mussorgky and César Cui, they were later joined by the doctor and chemist Alexander Borodin and became the ‘Mighty Five,’ and set the tone for the modern classical Russian sound.

Rimsky-Korsakov progressed in his study and work in the music and by 1871 was in a position to resign from his commission in the Russian Navy and to accept an appointment as Professor of Instrumentation and Composition at the St. Petersburg Conservatory.

While Rimsky-Korsakov’s First Symphony had been created while he was a cadet and was for a long time in gestation (begun in 1861 and completed in 1865), his second symphony took less than a year (winter 1867-summer 1868). The inspiration comes from pre-Islamic history and tells the story of the Arab knight and poet Antar (Antara ibn Shaddad, 525-608) and his love for Queen of Palmyra, Gul-Nazar. 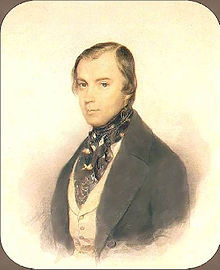 The first movement is cast as a dream. Antar has fled to the desert of Sham and the ruins of Palmyra. He rescues a gazelle who is being attacked by a big bird – in his dream, the gazelle was the Queen of Palmyra and, in exchange for saving her, she offers him the greatest joys of life, which form the core of the next three movements.

Rimsky-Korsakov: Symphony No. 2, Op. 9, “Antar”: I. Largo – Allegro – Allegretto – Largo (L’Orchestre de la Swiss Romande; Ernest Ansermet, cond. )
In the second movement, Antar experiences the Joy of Vengeance and in the third movement, he follows the Joy of Power. It is only in the last movement that he exercises the ultimate joy: the Joy of Love in the arms of the Queen, but it is a joy that brings his death.

Rimsky-Korsakov: Symphony No. 2, Op. 9, “Antar”: IV. Allegretto – Adagio (L’Orchestre de la Swiss Romande; Ernest Ansermet, cond. )
The story came to Rimsky-Korsakov through the work of Osip Ivanovich Senkovsky in his collection Fantasticheskie puteshestviya Barona Brambeusa (The Fantastic Journeys of Baron Brambeus). This set of linked stories first appeared in 1833 and was centered around the adventures and mishaps of Baron Brambeus, a pseudonym used by Senkovsky for his satires and fantasy works. 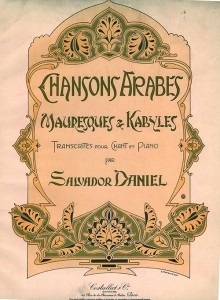 Some of the themes Rimsky-Korsakov used came from a collection of Algerian Arab melodies that had been collected by Francisco Salvador-Daniel, a copy of which was owned by Rimsky-Korsakov.

The melody in the English horn in the final movement was given to Rimsky-Korsakov from another collection held by the composer Alexander Dargomyzhsky.

With the use of stories from the Middle East and melodies from Arabic culture, Rimsky-Korsakov was able to make his symphony of love and death more real.