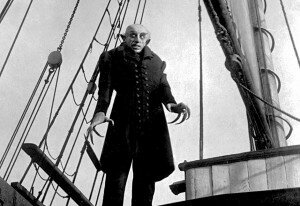 There, in the shadows, a figure moves. Clothed in black, with a face seemingly drained of all life and colour, with long fingernails the better to catch you, it’s Count Dracula.

Count Dracula came to life in 1897 in the novel Dracula by Irish writer Bram Stoker. Through the story we learn of the vampire’s attempt to move from Transylvania to England in search of new blood and to spread the curse of the undead. Lead by Professor Abraham Van Helsing, a group of men and women (Jonathan Harker, Mina Murray, Lucy Westenra, Quincey Morris, etc.) finally defeat Dracula after chasing him out of England and back to Transylvania. 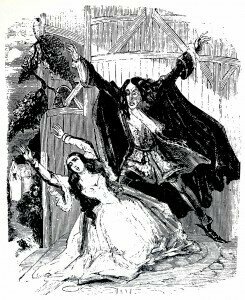 Other vampire stories predated Stoker’s Dracula, starting with Goethe’s 1797 poem The Bride of Corinth about an undead wife who still seeks her lost bridegroom so she can get ‘the life-blood of his heart to drink.’ We also have Sheridan Le Fanu’s 1871 lesbian vampire Carmilla, and James Rymer’s Varney the Vampire, a penny dreadful from the mid-nineteenth century. The latter contributed the idea of fang-like teeth for his vampire, an image that has become established as one of a vampire’s attributes. But it is Stoker’s Dracula who lives on in our fright.

In 1999, American composer Philip Glass set new music to Tod Browning’s 1931 film with Bela Lugosi, writing for the innovative Kronos Quartet. The original film had not been issued with a soundtrack, merely the instructions that Tchaikovsky’s Swan Lake be played during the opening credits and the overture to Wagner’s Die Meistersinger for an opera scene. 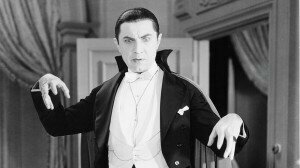 Glass: Dracula: Dr. Van Helsing and Dracula (Carducci String Quartet)
French composer Pierre Henry wrote 8 episodes of Dracula, scored for electronics, samples, and tape. His use of electronics overlaid on the music of Wagner (from Das Rheingold and Die Walküre) makes us reconsider not only Dracula’s world but also Wagner’s . It makes for very strange, almost creepy listening.

Henry: Dracula: Episode 1 (Pierre Henry, electronics)
Anthony DiLorenzo took up the tale in a piece for Proteus 7, a brass ensemble in which he normally plays trumpet, writing it as a ballet. One of the closing numbers, ‘Run for Your Life,’ captures the fear and flight of the dancers. 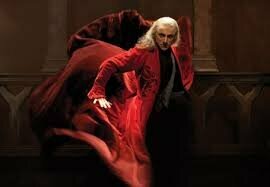 A modern Hollywood rendition of Dracula came out in the animated comedy Hotel Transylvania. Mark Mothersbaugh, formerly of the rock group Devo, wrote the music for this monster movie turned on its head, where Count Dracula, running a humans-free hotel, must protect his resident monsters from the horrible human.

Mothersbaugh: Hotel Transylvania: Dracula Tunnel
To return to classical composers, Philip Feeney wrote his Dracula for the Northern Ballet Theatre. In the first Act, Jonathan Harker arrives with Mina Murray and Dr. Helsing to visit the Count. They stop at a village in Transylvania where the villagers are holding an ancient ceremony to protect their village on All Souls Night. 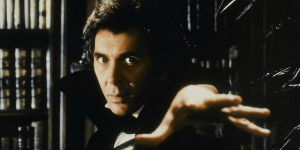 David Del Tredici took the story from a different point of view. His 1999 setting Dracula, sets Alfred Corn’s poem ‘My Neighbor, The Distinguished Count,’ telling the story of the Count from the point of view of his next-door neighbor. As Del Tredici relates: In five scenes, the poem chronicles her initial disinterest, gradual seduction, then degradation, rejection and, finally, “vampiristic” transformation. He has included instruments such as a wind-machine and a theremin (which personifies the count) in this story of a Faustian bargain with the undead.

Williams: Dracula: Night Journeys (Hollywood Bowl Orchestra; John Mauceri, cond.)
And then you can just send up every monster movie ever….!

Eggert: The Son of the Daughter of Dracula versus the Incredible Frankenstein Monster (from Outer Space) (Kavina, Lydia theremin; Buchholz, Barbara theremin; Kammerensemble Neue Musik Berlin )
Dracula gives us the opportunity to explore the dark side of human nature – an appetite for the unsavoury, a desire to live forever – and still go home … but leave the lights on.