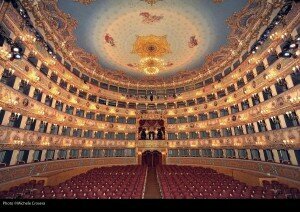 Have you ever been to Venice? Well you must…. It is one of the 7 wonders of the world and if it is not listed as such it certainly should be.

The Frecciarossa, the Italian equivalent of the French TGV or the Japanese shinkansen, will take you there from the south, the north, and the west of Italy.

Build on wooden pillars that withstood the gloomy future predicted hundreds of years ago, Venice remains splendid, with palazzos adorning the Grand Canal. From the central railway station, take Boat Line No. 1 or 2 to the Rialtoa Bridge, St. Mark, and the Lido stations. A water taxi from the station is €60 for a 10-minute trip and it’s negotiable (our taxi driver, middle-aged, well-mannered, and friendly said at our hotel it would be €80 “…but for you, I will make €70”). And there stands “La Fenice.”

La Fenice was built in 1792 by the architect Gian Antonio Selva. The building is noted for its opulent interior. Its name, the Phoenix, comes from the repeated trials its opera company went through but always survived, like a phoenix arising from the ashes. 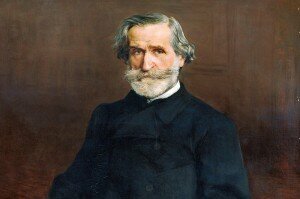 It opened in a grand manner with Paisiello’s I giuochi di Agrigento and for that opening, the whole aristocracy of La Serenissima was there and continued to come, and so it went for 200 years with premieres of theatre pieces and operas, by Vivaldi, Monteverdi, Bellini, Verdi, and others. Operas such as La Traviata, had their premieres at the house.

Enrico Carella and his cousin, Masimilliano Marchetti, were local electricians in charge of electric equipment at La Fenice. They were also in charge of the manipulation of electrical gadgets during rehearsal and performances. Unhappy with the working conditions, they created an artificial short circuit that set the fire to the theater and completely destroyed it. Luckily, the acoustics had recently been measured, so that element of the building was preserved.

Marchetti served a 6-year sentence but Carella had fled to Mexico and was only caught in 2007. He served 16 months but was released on day parole after that. 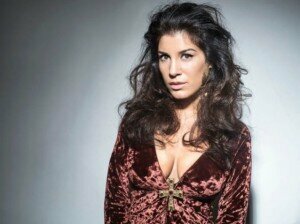 It took years and contributions from the whole world to bring Fenice back to its original glory. Starting in 2001, crews worked 24 hours a day, 7 days a week, and the theatre opened 650 days later, on 14 December 2003.

Today La Fenice, rebuilt in a 19th-century style, has a new platea, 5 balconies resplendent with golden ornaments, and its delicate seraphim floating on the azur ceiling seem to be alive and singing in full splendor.

The management graciously offered us two splendid seats in the platea where we could see and hear well the feast unraveling on the stage.

La Traviata, by Giuseppe Verdi, with a libretto by Francesco Maria Piave, was given in its premiere in 1853 at the very Fenice we are sitting in 2019.

On 6 March 1853, the premiere became one of Verdi’s most celebrated fiascos. Violetta, the courtesan, was played by an overweight singer, who at 38 was deemed ‘too old’ for the part, and Germont the elder by a singer too old to take on the challenges of the role. The public reaction was so strong that Verdi postponed the next performance until May 1854 when appropriate replacements had been found.

The rest is history: as La Traviata is today the most performed opera from Alaska to Brazil’s Manaos’s opera house.

Inspired by Alexandre Dumas fils’ play, La dame aux camélias, which had just been performed in Paris in 1852, and which had been attended by Verdi. The opera tells the story of Violetta, a high-class courtesan leading a life of lust and luxury notwithstanding her consumptive tuberculosis.

Enter Alfredo, a young attractive gentleman; they fall in love instantly and decide to leave Paris for freedom and love to the friendly country side.

The father of Alfredo, Germont Sr., will be a spoiler: he meets Violetta and demands she abandons Alfredo so the family honor will not be stained and Alfredo’s sister’s imminent marriage can proceed.

Violetta, shattered but resolute, liberates Alfredo and returns to an old lover. Alfredo learns the somber news, although not knowing his father’s part in it, and publicly humiliates Violetta for leaving him.

Later on he comes to understand her sacrifice and hurries back to her abode to ask for her forgiveness, but it is too late. They swear eternal love as she expires in his arms. 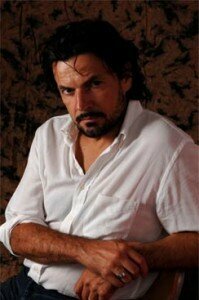 THE CAST AND REGIA

I am indebted to Canadian Robert Carsen whose regia is so minimal and in such good taste and who let the singers have their way with the magnificent score. This is in sharp and felicitous contrast to the noisy, egomaniacal modern registas who dare think their passing scribble such as David Livermore’s Attila at La Scala or Paulo Giani’s Cenerentola at the Teatro Verdi in Padova could overcast Verdi or Rossini’s music, to name two recent productions.

This performance is all music and singing with rich orchestral work.

The first scene of I act is meant to be a shocker: the entire chorus dressed as venal clients pass by, some throwing money, some gently tending bunches of banknotes, to Violetta for her sexual offerings.

The Act I arias are splendidly rendered by Francesca Sassu, a wonderful full-throated lyric soprano and Matteo Lippi as Alfredo, a silvery tenor whose voice will warm up in his ensuing arias.

The “Misterioso, misterioso, altero” duet at the end of the act will move every opera lover in spite of some of Francesca’s shrill high notes.

The splendid Germont, Sr, Luca Grassi, is the “clou” of the second act and maybe the star of this production, a deep sonorous warm bass-baritone as colourful in the high range as dangerous in the lows. He makes one think of Nicolai Ghiaurov or Nicola Rossi-Lemeni of the great days past.

Act III brings us back to festive Paris and then to Violetta’s modest apartment, now bereft of all lovers save faithful companion, Anina (Sabrina Vianello). Doctors and lovers will not help … or stop the consumption that eats away Violetta.

Sesto Quatrini, the young conductor, succeeds in holding together the excellent orchestra, but the sonorous choir, and the soloists, ever attentive to his “baton” may be driven a bit too severely.

A final note of the “bel canto”. This is a monstrously formidable vocal enterprise for Violetta who holds the stage for most of the 3 acts. From a full-throated happy kept woman to a frail dying penitent, she traverses the entire range of “verissimo bel canto” and Francesca Sassu is doing it brilliantly.

The crowd was international: to my right were opera lovers from Lyon; behind us a row of Germans; in the bar, elegant Japanese; and standing and talking effusively, Venetians with bow ties and patent-leather shoes.

If you were in Venice last month you probably heard this Traviata and loved it; if you didn’t yet: book your flight and go now.