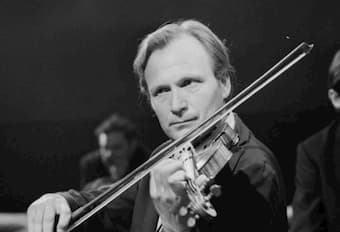 Ivry Gitlis, who died on 24 December in Paris at age 98, was known for his fierce and powerfully individual performances over the course of a career that spanned almost 90 years. Hugely charismatic with a decided passion for experimentation, Gitlis was one of the modern greats of classical music. He played with the world’s finest orchestras but was equally at home performing with rock stars and jazz virtuosos. His colleagues described him as the “most dangerous, free-spirited, and unpredictable musician in front of the public. Whatever was rehearsed at 10 a.m. would sound completely different at the performance two hours later.” In his prime, he was a magnificent player who decided to make his home in Paris. He had his own TV chat show, was irreverent and fun in five languages, and always respectful of music. Cellist Steven Isserlis perfectly summed up the man and the musician, “His playing and his personality were on the controversial side of non-controversial.” 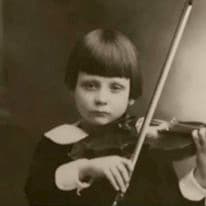 Gitlis was born in Haifa in 1922, then part of the British mandate of Palestine. His parents had immigrated from what is now Ukraine, and his given name was Yitzhak-Meir Gitlis. As long as he can remember, he “simply wanted a violin,” and that’s what he got for his 5th birthday. Gitlis made rapid progress, and he gave his first public concert at the age of eight. At age 9 he met Bronislaw Huberman, the fantastic violinist who would subsequently found the Israel Philharmonic. Huberman declared the boy a genius and spearheaded the collection of funds for Gitlis to travel and study in France. At the Paris Conservatory he studied with George Enescu, Jacques Thibaud and Carl Flesch, and just three years later won a premiere prix. He also changed his name to “Ivry” the Hebrew word for Hebrew “so that Hitler should have no doubts about his identity.” 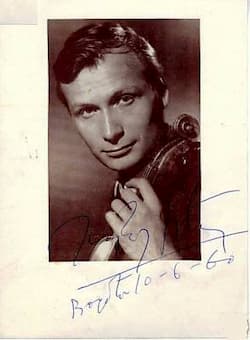 In the late 1930s Gitlis moved to London where he did clerical work for the British army in a munitions factory. He also performed in concerts for the troops as part of the army’s entertainment service. Following the war he performed with the London Philharmonic and other British orchestra, and he started recordings for the Vox label. 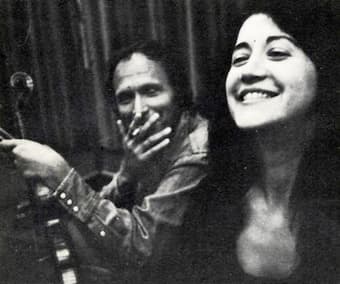 After winning the Thibaud Prize in 1951, he toured extensively and recorded the concertos of Tchaikovsky, Berg, Hindemith and Stravinsky, among others. In 1955, he became the first Israeli musician to play in the Soviet Union, and he visited the United States. His performance of the Sibelius Concerto received scathing reviews. It was called “tumultuously emotive, barely under control at times, and not at all tidily polished as was expected from a young violinist making a New York debut.” Gitlis, in turn, made no secrets that he thoroughly disliked the American music business and the performance dictates of the recording industry. 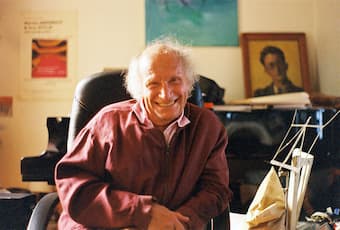 Gitlis eventually settled in Paris, and many contemporary composers were fascinated by the intensity and individuality of his performances. Works by René Leibowitz, Roman Haubenstock-Ramati, Bruno Maderna and Iannis Xenakis are dedicated to him. Gitlis also ventured into contemporary popular music when he joined John Lennon, Keith Richards, Eric Clapton, and Jimi Hendrix’s drummer Mitch Mitchell in an ad hoc group called the Dirty Mac, accompanying Yoko Ono in a jam session called “Whole Lotta Yoko.” Gitlis did specialize in music of the 20th century, and he was known for his brilliant technic and vital rhythmic style. But most importantly for him, as he told a group of students in 2007 “Listen to your inner ear, which is connected directly to your heart and spirit, the one that tells you what you feel is you! Remember that a beautiful ‘wrong’ note by a Kreisler, a Thibaud, a Casals or a Callas is worth more than a thousand so-called ‘right’ notes and that playing that is hygienically and clinically correct is not necessarily a sign of good health!” That free-spirited creativity of his artistry aroused extreme reactions in people, but as he once stated, “I would never have dreamed of compromising for anyone.”