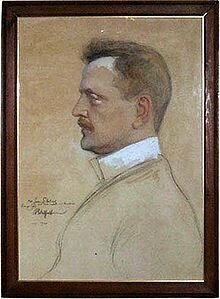 The violin concerto by Jean Sibelius is, without doubt, one of the most frequently recorded and performed concertos. However, things did not look all that promising after the first public performance in Helsinki on 8 February 1904. Originally, Willy Burmester was slated to be the soloist at the premiere, but Sibelius was in a rush to get his work to the public. 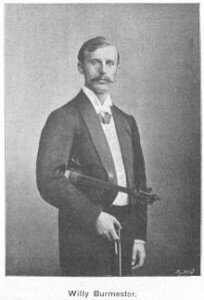 As such, Viktor Nováček took his place and according to the concertmaster, “he was sluggish in the rehearsals and grumbled about the difficulty of the swift runs in the work.” And Merikanto wrote in a second review, “Nováček was not really a masterly player. In the hands of Burmester it would probably have a magnificent effect… However, Nováček could only partly give to his performance that brilliance and radiant assurance which is absolutely necessary in this kind of virtuoso piece.” 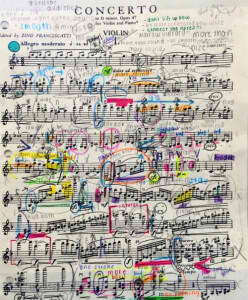 To place the entire blame for the failure of the concerto on the shoulders of the soloist would be misleading, however. Critics were not particularly enthusiastic about the concerto either. One critic sniped that “Sibelius had given in to conventional virtuosity, and this ugly rock wrecked the whole ship.” Merikanto, in turn, liked the slow movement but considered “the finale to be weaker and too difficult.” Willy Burmester offered his help in resurrecting the concerto, but Sibelius had already decided to rewrite the work. 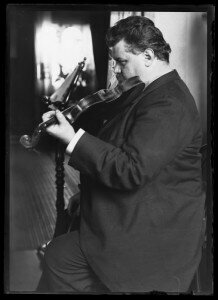 “I shall remove my violin concerto; it will not be published until two years have passed. The first movement must be rewritten, the same goes for the proportions in the andante…” In the end, it turned out that the critics had it correct, as the final version more successfully set up the tension between the virtuoso soloist and the symphonic capabilities of the orchestra. The performance of the final version took place in Berlin on 19th October 1905, with Karel Halír as the soloist and the Berlin Philharmonic Orchestra conducted by Richard Strauss. The concerto re-write turned out to be a solid success, and a critic noted “the virtuoso material springs organically from the themes, with even the solo cadenza of the first movement an integral part of the architectonic whole.”