Cellist Steven Isserlis will be in Hong Kong in October as part of his Asian tour through South Korea, China, and Japan. The entire Asian tour has been entitled ‘Proust and Music’ and in a recent conversation with the cellist, asked him more about this.

Isserlis spoke of the Adès piece, Lieux Retrouvés [Rediscovered Places], somewhat in awe, saying it was perhaps the most technically challenging work that he’s attempted. Difficulties aside, he also found it to be full of imagination, beauty, and humour. Isserlis has recorded this with the composer at the keyboard and will be playing it in Asia with pianist Connie Shih, for whom he has nothing but praise, saying that he plays more recitals with her than any other pianist.

The French side of the program and its connection with novelist Marcel Proust makes us rethink the world of French culture and its interconnections. Reynaldo Hahn, better known for his song repertoire, is represented by his rarely-heard Variations Chantantes. He became Proust’s lover in 1894 and they remained friends until Proust’s death in 1922. They mutually inspired each other and worked together on several words and music projects, with Proust declaring “Everything I have ever done has always been thanks to Reynaldo.” Proust also loved the music of Gabriel Fauré and, at one point, wanted to write a book on Fauré’s music.

When we look at Proust’s great 7-volume novel, Remembrance of Things Past, music has an important role in the books. Although he didn’t particularly like Saint-Saëns, the violin sonata that is in the first book, Swann’s Way, was inspired by Saint-Saëns’ violin sonata. Isserlis will be playing the slow third movement, Romanza, from Saint-Saëns’s Cello Sonata No. 2. 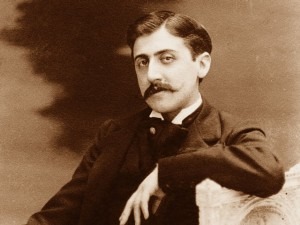 Franck’s music comes into Proust’s life in his later years – Proust adored his music and at the end of his life would only listen to Beethoven and Franck. Adès’ work, as we might deduce from its title, was partly inspired by Proust’s great work.

Off the concert stage, Steven Isserlis is also a writer. His revisiting of Robert Schumann’s Advice to Young Musicians comes from reading the book as a boy and loving it. Schumann wrote his words of advice in 1848 as part of his Album for the Young and Isserlis has made his own commentary on the work, bringing it up to the 21st century. The book just came out in September 2016.

Other books he’s written were also for children: Why Beethoven Threw the Stew and Why Handel Waggled his Wig, both of which bring children into the world of the great composers and introduces them as real people and not remote flat images.

In his Asian series, Isserlis brings us the highly aesthetic world of Proust and the musical life that surrounded him that he enjoyed so much.

Steven Isserlis will be performing in Hong Kong on October 16th 2016.