Composers Inspiration
Stravinsky and the Power of Oedipus Rex
by Maureen Buja May 7th, 2016
Tags: Stravinsky 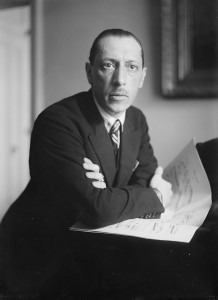 Oedipus Rex, subtitled an “Opera-Oratorio after Sophocles,” has been recognized as one of the high points of Stravinsky’s work, yet is rarely performed today. Sophocles’ drama tells of an entire family’s attempts to avoid their fate, while at the same time they cannot avoid it.

We start in the middle of the story: A plague has hit Thebes and the oracle declares it is because the murderer of the previous king, Laius, is sheltering in the city. Oedipus, the new king, has vowed to find the murderer of the old king, who was killed on the road to Delphi. He sends his brother-in-law Creon to start the inquiries and eventually finds out that it was himself, Oedipus, who inadvertently killed Laius in an argument they had on the right-of-way. Having freed the region from the affliction of the Sphynx, Oedipus marries the local queen, Jocasta. Thus, he has fulfilled a prophecy made when he was born: that he would murder his father and marry his mother. It was to avoid this that Oedipus had been sent away 20 years earlier, but in the end, the prophecy was fulfilled. Creon returns, all is revealed and Jocasta kills herself at the revelation. Oedipus blinds himself and asks to be exiled forever.

Stravinsky’s setting is to a text written by Jean Cocteau in French, was then translated into Latin. The parts of the narrator are to be spoken in the language of the audience, while the chorus sings in Latin.

For Stravinsky, this work was one of the important works that started his ‘neo-classical’ period. Neoclassicism was, for the 20th century, rather like the Renaissance was for the 16th century: a time to return to aesthetic precepts from past times: order, balance, clarity, economy, and emotional restraint. In many ways it was a reaction to the extreme emotions of Romanticism and a way of calming the craziness of the early 20th century experimenters.

Oedipus Rex started life as a concert performance rather like an oratorio, yet, by the next year, it was already on the Vienna State Opera Stage as an opera. The scenic designer Julie Taymor (you might be familiar with her and her designs for Disney’s The Lion King staging) did a stage version of this for the Saito Kinen Festival Matsumoto in Japan in 1992. It was then filmed in 1993 by Taymor for television with Kayoko Shiraishi (Narrator), Philip Langridge (Oedipus), Jessye Norman (Jocasta), and Bryn Terfel (Creon), with Seiji Ozawa conducting. In keeping with the tradition of the part of the Narrator being spoken in the local language, the narrator in the film speaks in Japanese, as the film was made for NHK Television. 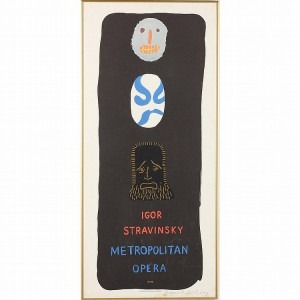 If we look at Stravinsky’s neo-classical style as using composers from the past as the springboard to his new sounds, as in his use of the music of Pergolesi for his ballet Pulcinella, it is the inspiration of Verdi that comes to the fore in this, one of Stravinsky’s most powerful operatic works. Leonard Bernstein traces the opening 4 notes of Oedipus Rex to music from Aida, particularly the use of the diminished-seventh chord with all its ambiguity. Stravinsky admired Verdi, even to the point of changing his own concert appearances if a Verdi opera was also playing in the same city.

Oedipus Rex is one of the most powerful of modern opera, with the Greek tragedy of the unavoidable horrors of one’s fate always threatening, even when one is at one’s happiest.