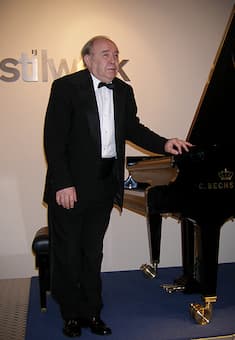 Little known in the West, Vladimir Krainev (1944 – 2011) was an exceptional yet criminally underrated pianist and pedagogue. Born in Krasnoyarsk, Krainev displayed musical talent at a precocious age and gave his debut performance at 7 with piano concertos by Haydn and Beethoven. He was soon admitted to the Central School of the Moscow Conservatory under Anaida Sumbatyan, and subsequently to the Conservatory, where he studied with Heinrich and Stanislav Neuhaus.

Krainev enjoyed some success in major competitions in the 1960s (2nd prize in Leeds 1963, 1st prize shared with Nelson Freire in Vianna da Motta 1964), but his breakthrough was yet to come. Winning the first prize (ex-aequo with John Lill) in the Tchaikovsky Competition in 1970 had brought him to performing venues in Europe and the United States. Later, Krainev switched more of his focus to pedagogy, being appointed as Professor at the Moscow Conservatory (since 1987) and Hochschule für Musik und Theater in Hannover (since 1992). He also established his own competition for young pianists in Kharkiv and chaired the jury of the Tchaikovsky Competition in 2002. 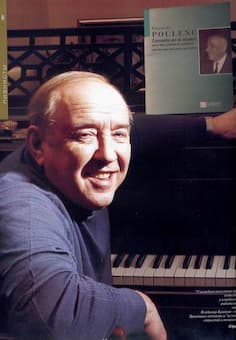 In spite of his vast repertoire, his name has mostly been associated with the Russian repertoire, which isn’t hard to understand – his playing is full of fire and passion, adventurous and almost impulsive while capturing the finest details. His tempi tend to be on the fast side, but rarely does his playing sound rushed. Always an outstanding combination of remarkable technical mastery and artistry.

Krainev’s recording of Prokofiev Complete Piano Concertos is the definitive version for me. He effortlessly transcended the technical obstacles in the notoriously difficult Piano Concerto No. 2, presenting an authoritative and spectacular account. There’s so much pain and struggle in the first movement – the cadenza wasn’t just about flamboyance or showmanship under his hands, with each note thought-out, resounding and impactful.


Despite the less aggressive attack, his recording of Piano Concerto No.3’s finale was biting, vivid and probably the most musical one among all I’ve listened to. It had rhythmic vigour, technical command and naturalness in its delivery and expression. His playing is the kind that you would say, “Ah! That’s how it should be played!”


Here, you would hear Krainev in a completely different soundscape – a floating, transparent sound, with yearning, fantasy, poetry and intricacy… Krainev turned this sonata into a colouristically painted aquarelle, portraying the imagery of a vast ocean.

Yes, it’s Prokofiev again, but this is too good to be missed! This fearless, fiery rendition of Prokofiev Piano Sonata No. 6 (one of Prokofiev’s “War Sonatas”) not only showcased Krainev’s immaculate technical facility but also exhibited his musical imagination. His sense of abandon certainly kept the listeners on the edge of their seats!

It wouldn’t be complete without Rachmaninoff when talking about the Russian repertoire. This stupendous performance by the 27-year-old Krainev proved itself to be a valuable addition to the many (if not too many) recordings of Rachmaninoff Piano Concerto No. 2 in C minor. It could get agitating, tender, nostalgic or triumphant as the music asked for it. A perfect distillation of emotions!

After a long-standing illness, he died of pulmonary aneurysm in Hannover at the age of 67 and was survived by his wife, Tatiana Tarasova, a renowned figure skating coach. Although Krainev might not have received the recognition he deserved (probably one of the least famous winners of the Tchaikovsky Competition), his formidable pianism will continue to emanate from the recordings he left us with.