Blog
Fashion in Classical Music
“Naked people have little or no influence in society.”
by Hermione Lai April 30th, 2021 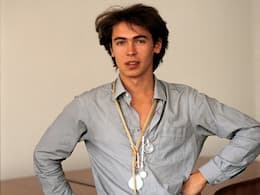 Mark Twain has always been one of my favorite writers. I just love the way he tells stories that focus on the follies of human nature. Twain was world-famous for his witty quotes and he once said, “Clothes make the man. Naked people have little or no influence in society.” I just think that’s very funny! But it is also true, because when we meet people in real life, first impressions are formed on the basis of looks and what they are wearing. 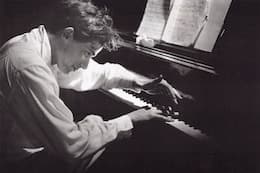 Classical music and fashion have had a somewhat uneasy relationship for some time. It seems that all male performers outside opera, including conductors, used to wear tuxedos or formal suits and ties. Except for Friedrich Gulda, the so-called “terrorist pianist” who played some recitals in the nude!

I guess Mark Twain was correct as the naked “Beethoven Sonata” never really caught on. Ivo Pogorelich’s youthful splendor appeared in fashionable hand-made shirts with pendants and magnifying glasses dangling around his neck, and fashion and audiences seemed to have been of little or no interest of use to Glenn Gould. 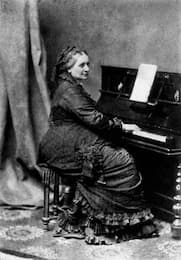 Female performers appeared in very sensible dresses, unless we go even further back in time. One of the greatest pianists of her time, Clara Schumann is seen in an 1870 photograph in layers upon layers of black Victorian garb, including a black bonnet. It must have been seriously hard work to play an entire recital that way, and music was the single focus. 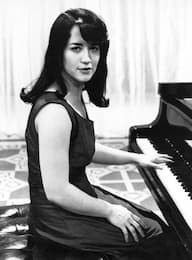 Martha Argerich always had a definite sense of style, and her choice of fashion never denied her sensuality or her sexual confidence. I don’t really know all pianists and their respective fashion choices, but some commentators suggest, “Argerich started the trend towards a split identity in performance.” 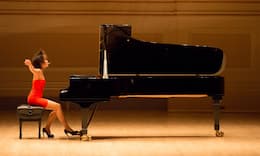 Is there really a contradiction between being one of the most superbly gifted pianists on the planet and at the same time a stunningly powerful woman? Certainly not if you talk to Yuja Wang, who likes spiky hair, itsy bitsy dresses, five-inch heels and lucrative endorsement contracts with Armani and Rolex. As she said in an interview, “if the music I play is beautiful and sensual, why not dress to fit? If I am going to get naked with my music, I may as well be comfortable while I’m at it.” Not sure the Prokofiev Toccata is a very sensual piece, but I do get her point. 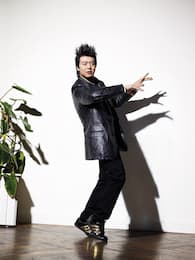 In the glamorous world of pop and hip hop, fashion and bling have always been part of the performance, and now classical music is catching up. Today the question is no longer “what are you playing,” but “who are you wearing?” Pianist Lang Lang is partnering with luxury watchmaker Hublot, Montblanc and Chopard, and the shoemaker Adidas even created a golden shoe in his honour. 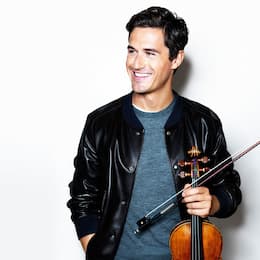 Violinist Charlie Siem had a various times contracts with Chanel, Armani and Hugo Boss. He was also engaged to promote the opening of a new Dior store, and he actually designs his own clothes, made by Meyer & Mortimer tailors in London, for his recitals.

Vivian Westwood designed the costumes for the Sydney production of a Handel opera, and composer Steve Reich wears a baseball cap to promote his composition brand. 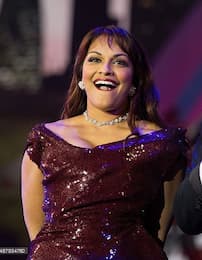 Visual elements are of great importance in concert performances and promotions, and fashion designers are getting into the act. Anne-Sophie Mutter has worn off-the-shoulder floor-length gowns by Galliano for decades, and soprano Danielle de Niese frequently wears jewelry on loan from Van Cleff & Arpels when she appears in public. The company even provides her with some dedicated bodyguards. 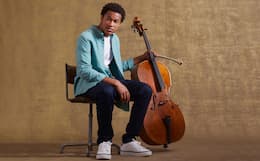 Cellist Sheku Kenneh-Mason, who leapt to fame by winning the 2016 BBC Young Musician award, and who played at the wedding of Prince Harry to Meghan Markle, is dressed by Paul Smith. “I love playing in Paul Smith clothes; the fabric is light and breathable and allows me to move easily… And I love the variety of pattern Paul Smith uses as his dark suits often have a jewel-coloured lining which I like to coordinate with some bright-coloured socks that you see flashes of when I’m playing.”

The artistic collaboration between music and fashion is also happening on a broader level. The Montreal Symphony Orchestra recently saw a multi-disciplinary production between music director Kent Nagano and designer Marie Saint-Pierre. Models were doing the catwalk to Richard Strauss’ Le bourgeois gentilhomme. “It was a fashion-inspired show, not a fashion show,” explained Saint-Pierre, who also dressed several members of the orchestra and conductor Yannick Nézet-Séguin. Mixing concerts with haute couture is the basic idea behind the New York-based contemporary classical music ensemble “The Nouveau Classical Project.” 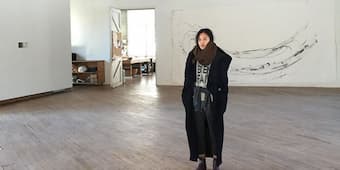 They began to collaborate with fashion designers for its concerts with “a mission to engage new audiences and show that classical music is a living, breathing art form.” The ensemble founder Sugar Vendil explains that “both music and fashion are related to self-expression and involve the human body, and as dressing is already part of stage performance, we use fashion to enhance artistic ideas.” The NCP provides opportunities for contemporary composers and designers like Gemma Kahng, Jasmine Chong, or Atelier de Geste.

The world of classical music is—as it has always been—a channel to showcase human creativity, ingenuity, motivations, emotions and innovations. Isn’t it wonderful that it has recently gotten a lot more colourful and fashion conscious? It’s not always grim and deadly serious, and in my personal opinion, there is plenty of room for the likes of Lola Astanova, Hauser, Amadeus Leopold and others.