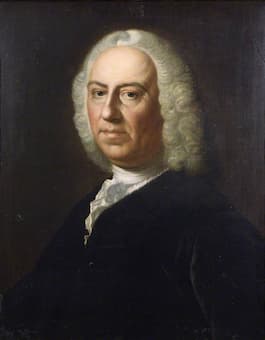 Francesco Geminiani (1687-1762) was, in his day, one of the great composers and musicians in Europe, often considered the equal of Handel or Corelli. Born in Lucca, Italy, he made his career in London and later Paris, arriving as a virtuoso violinist. His career in London was largely as a teacher and composer and in the last 15 years of his life, he set down his teaching ideas in a series of treatises that are valuable today for showing us the state of music performance in the mid-18th century.

His first treatise was written around 1748, entitled Rules for Playing in a True Taste. His second treatise, A Treatise of Good Taste in the Art of Musick, followed the next year. Both treatises cover a subject that is rarely spoken of in music theory: Taste. In the introduction to the second treatise, he takes care to set out what ornamentation should be used in music to illustrate Good Taste. He chose songs from Scotland, which he thought had been written by David Rizzio, but which were probably folk songs he sang at the court of Mary Queen of Scots. 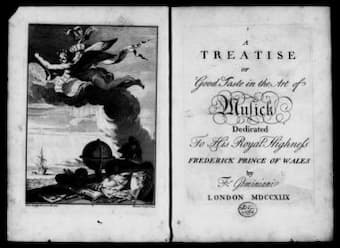 Title page and dedication page to Frederick, Prince of Wales.

The aim of the two works was to explain the most appropriate use of ornamentation: trills, mordents, turns, crescendos, and diminuendos, ‘for playing any Composition in a good Taste.’

In the Treatise of Good Taste in the Art of Musick, he described the meaning of each embellishment and the sentiments it is supposed to express.

1. The Plain Shake (trill) – ‘The plain Shake is proper for quick Movements; and it may be made upon any Note, observing after it to pass immediately to the ensuing Note.’

2. The Turned Shake (turn and trill or a mordent) – can either be used as a long trill or as a short trill on a long note that is then continued ‘plain and soft’ and is used to ‘express some of the more tender Passions.’

5. Holding a Note – holding a note without any ornamentation allows for the melody to be heard clearly

6. The Staccato – ‘This expresses Rest, taking Breath, or changing a Word; and for this Reason Singers should be careful to take Breath in a Place where it may not interrupt the Sense.’

7. Of Swelling and Falling the Sound (dynamics) – Dynamics help the performer ‘produce great Beauty and Variety in the Melody.’

9. Of Piano and Forte (more dynamics) – ‘They are both extremely necessary to express the Intention of the Melody; and as all good Musick should be composed in Imitation of a Discourse, these two Ornaments are designed to produce the same Effects that an Orator does by raising and falling his Voice.’

11. Anticipation – allows the performer to ‘vary the Melody, without altering its Intention.’ It will have a greater effect when it is ‘made with a Beat or a Shake, and swelling the Sound.’

12. Separation – designed to give a variety to the melody and is best applied when ‘the Note rises a second or third’ or when it descends. ‘it will not be amiss to add a Beat, and to swell the Note, and then make the Apogiatura to the following note. By this Tenderness is express’d.’

13. The Beat – This is used to express several ‘Passions; as for Example, if it be perform’d with Strength, and continued Long, it expresses Fury, Anger, Resolution, etc. If it be played less strong and shorter, it expresses Mirth, Satisfaction, etc. But if you play it quite soft, and swell the Note, it may then denote Horror, Fear, Grief, Lamentation, etc., By making it short and swelling the Note gently, it may express Affection and Pleasure.’

14. The Close Shake (vibrato) – ‘cannot possibly be described….’ Here, Geminiani talks about the vibrato made by a string player where he presses his finger on a string and then moves the wrist of that hand to affect the playing of the note. He goes on with detailed instructions: when you continue the Close Shake and swell ‘the Sound by Degrees, and draw the Bow nearer to the Bridge, and ending it very strong it may express Majesty, Dignity, etc. But making it shorter, lower and softer, it may denote Affliction, Fear, etc., and when it is made on short Notes, it only contributes to make their Sound more agreable; and for this Reason it should be made use of as often as possible.

The Symbols for each of Geminiani’s ornaments

Geminiani makes fun of the practice of over-ornamentation, saying “What is commonly call’d good Taste is singing and playing, has been thought for some Years past to destroy the true Melody and the Intention of their Composers.’ For Geminiani, ornamentation is integral for permitting the performer to express, with ‘Strength and Delicacy, the Intention of the Composer.’

Thus, in his 14 ornaments, we see the development and codification of what has now become normalized. When you watch a modern string player, you will see how the use of vibrato has become a standard part of the performer’s repertoire.

Watch this performance of the Beethoven Violin Concerto and watch the string players’ left hands – there’s an almost continuous use of vibrato, particularly at the end of phrases.

Geminiani’s discussion of the emotions that each ornament can invoke is very different from the modern conception of music – Geminiani is concerned that over-ornamenting a piece not only destroys the melody but may be adding in additional emotions. Each ornament evokes particular emotions: vibrato for Majesty or Affliction; the turned Shake for Gaiety, the Appoggiatura for Love and so on. We don’t add ornaments these days the same way (except, perhaps vibrato) but we still seek, as Geminiani put it, to deliver the ‘Intention of the Composer.’


Look at the score for a better understanding of the Treatise.