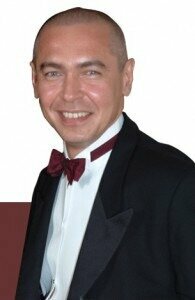 When I was given the task to interview the Belgrade-born pianist Ivo Pogorelich, I immediately asked my pianist/friend who had the privilege of attending Pogorelich’s master-class. She said to me, ‘Ivo seemed cold at first and did not speak much, but if it interested him, be it a phrase or a pause, he would explain it at great length with passion.” A man of few words. I often think that genius views the world differently, and may be more so for him as he is regarded as a genius by another genius; At the 1980 Chopin Piano Competition, Martha Argerich resigned from the jury in protest when her genius, Pogorelich, was eliminated in the third round. Though he may not have impressed the jury, fate has showered favor upon him. Since his debut at the Carnegie Hall the year after, Pogorelich has been performing with the world’s top orchestras. Whilst other pianists would prepare a long list of concerti or recital programmes for presenters to choose, Pogorelich holds his principle to work on a few programmes or concerti per year, so that the quality of his playing remains high, always. Music lovers in Hong Kong are now excited because Pogorelich is bringing one of his “babies” in December, as part of the Leisure and Cultural Services Department’s Encore Series. The programme includes gigantic work by Liszt, Schumann, Stravinsky and Brahms. We are all looking forward to see how his playing would bring us to “200 years ahead of our time”, once claimed by the New York Times.

The recital programme which you are bringing to HK audience, includes some gigantic works from the Romantic period to the early 20th century, from Liszt to Stravinsky. Is there any message behind this programme?

The message is in the programme.

Looking at the home page on your website, you usually set a few programmes (recital and concerto) for each season. When designing them, is there any logic?

Yes I normally like to be generous towards the audiences and also offer a profile so that the programme has some logic in its structure. And this logic could be both, musical and pianistic.

Do you have any recording project? What would be your “ideal” program?

Well I have many pieces suitable for recording and the ideal is to be truthful to the music, whichever piece it is. 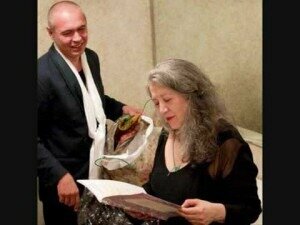 Would you regard the Chopin Piano Competition as the turning point of your career? How did you feel when Martha Argerich proclaimed you a ‘genius’ and resigned from the jury in protest?

I was 22 years old and ask any 22 years old person how it is to all of a sudden become the focus of attention of so many people around the world.

How would you define ‘genius’?

I think the word is used much too often.

Some critics have compared you to the great Glenn Gould. What is your view on this legend?

I did not know him, I never heard him in concert and I never met him .

What was your most memorable performance?

I always think in terms of the future performances as I am always eager to learn and advance in my work.

You were named as an Ambassador of Goodwill by UNESCO, and dedicate much of your time in helping young performers and raising fund for charities. Would you tell us more about your charitable work and why it means so much to you?

Well I participated in a wide range of projects usually associated with culture, so be it to help young musicians or to restore a damaged monument, for instance. I was very fortunate in many ways and my charitable work reflects some of the things I stand for.

There were years when you stopped performing and dedicated yourself in jewellery design. What was the cause for this change? Why did you return to concert platform?

Your question is based on inaccurate information and therefore there is nothing I can say besides the fact that I did not not perform for several years (supported by evidence of concert performing.) As far as for the drawings I do from time to time, they form a part of my hobbies which include various interest.

Apart from music, what means most to you in life?

From the composers, musicians like I receive gifts, that is how I see the relation. From people we should expect loyalty and be ready to offer it to them as well.

Chopin Piano Sonata No.2 Mvt I