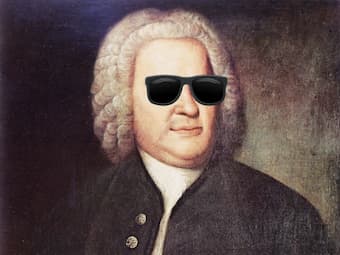 Ludwig van Beethoven would have been decidedly unhappy in the 21st Century, I think. He didn’t have the highest opinion of humanity to begin with, and all this social media influencing and posturing would have driven him downright crazy. Yet, as we explored last time, Beethoven did find a new and exciting home in the musical and cultural expressions of our time. Johann Sebastian Bach also found his way into the 21st Century, and while he might actually have enjoyed some musical expressions and innovations of modern times, he might just have been somewhat repulsed by the overt secularization of Western society. Compared to Beethoven, however, Bach came to the 21st Century via a completely different road. 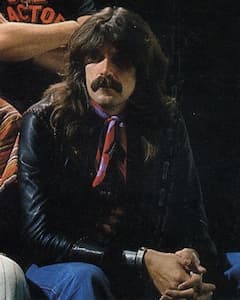 You see, artistic experimentations at the end of the 19th and beginning of the 20th century left audience bewildered. In visual art representation was abandoned and color and line completely liberated. Literature got rid of narrative structures and loosened meanings, and music used a technically advanced language that eventually led to atonality and serialism. Music, to a good many listeners and observers, was in definite need of rescue. “There was only one man who could heal, regenerate and educate the musical world, and his name was Johann Sebastian Bach.” Beethoven was rolled over, but Bach was left standing. Bach’s influence is not confined to dead classical composers, however, but he is an all-time favorite composer in the world of popular music as well. Not unexpectedly, the most frequently borrowed work appears to be his Toccata and Fugue in D minor, which resurfaces in roughly forty new guises. Among them is an interpretation by Jon Lord, keyboardist of the famed rock band “Deep Purple” who used BWV 565 in his 1982 album Before I Forget.

Jon Lord: Before I Forget, “Bach onto this” 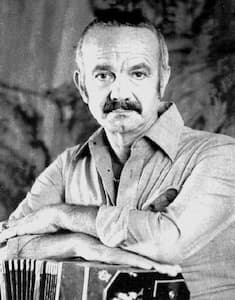 The Argentinian genius Astor Piazzolla is famous for incorporating elements from jazz and classical music into the traditional tango. He also introduced new forms of harmonic and melodic structure into the traditional tango ensemble, and integrated novel instruments, such as the saxophone and electric guitar. However, Piazzolla also included a wide range of recognizable Western music elements. And when it comes to counterpoint and passacaglia techniques, all paths lead to Johann Sebastian Bach. Juxtaposing the traditional tango with the music of Bach produced a new and unique musical style that transcended all earlier forms of expression. And of course, the majority of his Bach remakes feature the bandoneón, a type of concertina popular in Argentina and Uruguay. 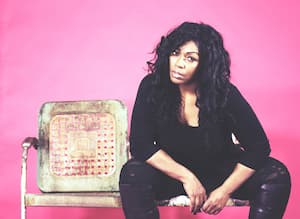 The pop music project “Sweetbox” formed in Germany in 1995. They released a number of singles in the mid 1990s, and experimented with several vocalists. Real success arrived with their third vocalist, Tina Harris. The Maryland-based rapper and singer became the new face of Sweetbox, and the group changed their direction. They switched from Eurodance to hip-hop and to pop-meets-classical. And with “Everthing’s Gonna Be Alright” they scored an international hit. As you can hear, this hip-hop song comprehensively samples the “Air on the G string” from Bach’s Orchestral Suite No. 3. Since everybody loves and recognizes that tune, it reached Top 10 in European charts, and stayed number 1 on the Worldwide Airplay Chart for 10 weeks. Who would have thought that hip-hop and Johann Sebastian would make such a successful couple? 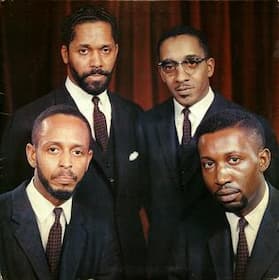 The Modern Jazz Quartet, established in 1952, probably best embodied the creative synthesis of classical music and jazz. Featuring John Lewis (piano), Milt Jackson (vibes), Percy Heath (bass) and Connie Kay on drums, the group elegantly and effortlessly fused jazz, blues and classical music on a number of great recordings. The group’s founder John Lewis firmly believed that “J.S. Bach and the blues were compatible, and it was natural to combine classical form with jazz improvisation and polyphony.” At the heart of their success was a musical style that fused composition with virtuosic improvisation. The group performed for over forty-years and received various honors and awards. Blues goes very nicely with Mr. Bach, don’t you think? 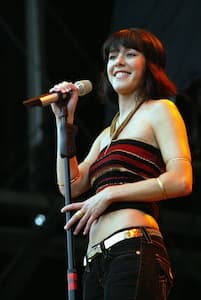 The Welsh singer Jemma Griffiths is known by her stage name Jem. She started writing songs at an early age and worked as a DJ after graduating from university. Her musical style encompasses various genres such as trip hop, electronica, pop rock and new wave, and by 2002 she started to collaborate with various producers. Her debut album “Finally Woken” was issued in 2004, and it includes the single “They.” This song includes a 1963 sample of Bach’s Prelude in F minor from the second book of the Well-tempered Clavier by the Swingle Singers. It quickly became her most successful single, climbing the charts in the UK and in Europe. Jem contemplates about how society makes up rules, and no one ever stops to think them through. “When I wrote this song,” she explained, “I went to New York and I read in a guide book to not look people in the eye on the subway as it implied that I would get shot. When I got there I was really scared and literally would not look at anyone. Years later I was on the subway every day going to Brooklyn and I thought, Oh my God, it’s fine.” Johann Sebastian liked a rule or two, but not sure he would have enjoyed the Brooklyn subway. 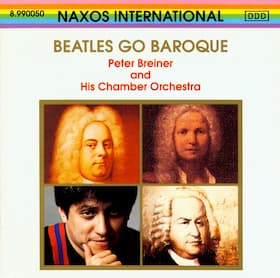 I am not sure this still holds true, but at one time “The Beatles” were the best-selling music act of all time. The “Fab Four” were certainly one of the most influential Bands of all time, and they just loved Johann Sebastian Bach. Both Paul McCartney and John Lennon sang in Liverpool church choirs and knew all about Bach’s sacred and organ music. In addition, the band’s producer George Martin also had a deep love and knowledge of Bach and Baroque forms. It’s hardly surprising that Bach’s music keeps creeping up in a large number of Beatles songs. Traces of Bach are found in such hits as “Yesterday,” “Blackbird,” “Penny Lane,” “In My Life,” and “All You Need is Love.” Joshua Rifkin and Peter Breiner have taken these kinds of quotations a step further. In his “Beatles Go Baroque,” Breiner takes us on a Magical Mystery Tour where music in the style of Bach is suddenly infused and combined with a variety of songs by “The Beatles.” Can you identify all the tunes? 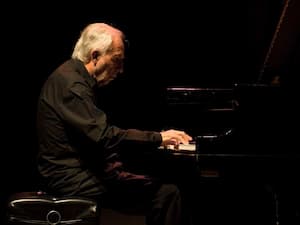 For the conservatoire-trained pianist Jacques Loussier (1934-2019), “combining jazz and classical music create a new kind of energy.” At a competition at the conservatory he played a prelude by Bach, but when his memory failed, he began to improvise. He later explained that he was “only following a tradition, because musician of the 18th century were great improvisers, and Bach probably the greatest of them all.” Together with string bass player Pierre Michelot and drummer Christian Garros he created a trio that recorded jazzed-up interpretations of works by Johann Sebastian Bach. Audiences around the world loved the initial recording, and they were considered commercial successes. Critical reception was much less enthusiastic. A New York Times critic wrote, “There is a certain sort of sensibility that is actively appalled by the very notion of popularizing Bach—or any classical composer, for that matter. This listener’s sensibility is one of those, and so he found the Tuesday evening performance at a sparsely attended Carnegie Hall by the Jacques Loussier Trio tiresome and offensive.” Not sure what that critic had for lunch or what was ailing him, because I simply love the tremendous energy the trio generates. Just listen to them fusing Bach and jazz at St. Thomas in Leipzig. Do you think Bach would like it?

Jacques Loussier: Bach Suite No. 3 in D Major, “Gavotte I and II” 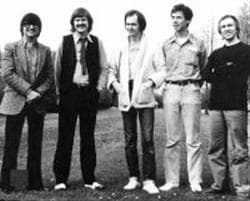 Playing Bach improvisations at St. Thomas in Leipzig is one thing, but how about transporting the composer into a discotheque? That’s what the British/Australian band Sky accomplished in its second album “Sky II.” The final track is an electronic version of the famed Toccata in D minor and it stormed the British charts. This instrumental rock group specialized in combining a variety of musical style, including rock, classical and jazz. And there was something else exciting about this Band, as classical guitarist John Williams was a member between 1978 and 1984. Williams is said, “to perhaps be the most technically accomplished guitarist the world has ever seen.” He gave his first professional performance as a virtuoso classical guitarist at Wigmore Hall in 1958, and it sounds to me that Bach is in serious good hands. 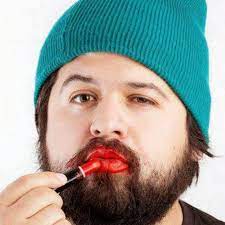 The 21st Century is in love with mash ups. It’s usually created by blending two or more-pre-recorded songs and superimposing a vocal track of one song seamlessly over the instrumental track of another. Believe it or not, but it is considered creative work and protected from copyright claims, at least in the United States. A good many of these creations seem to originate in clubs and late-night venues, and that’s certainly seems to have been the case with this mash up of Bach and the Jackson 5. The French-Chilean producer & DJ Grandpamini started his soundculture with salsa and hip hop but quickly changed into new African & Latin-American sounds. A former DJ at the legendary “Ghetto Tiers Monde” parties, he is famous for his mashup blend of rough sounds with unknown tunes. And what you know, he’s discovered Bach.

Grandpamini: I want you Bach (Jackson 5 vs Bach) 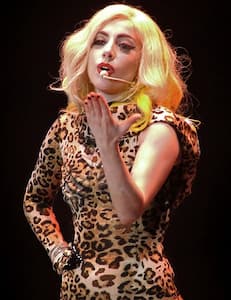 Stefani Joanne Angelina Germanotta is better known professionally as “Lady Gaga.” She started performing as a teenager and by 2014 she had sold 124 million records. One of world’s best-selling music artists she has won 12 Grammy Awards, 18 MTV Video Music Awards, and Woman of the Year in 2015, among countless others. While touring extensively, she wrote eight songs for “The Fame Monster,” a reissue of “The Fame.” The new songs were released as standalones, and the single “Bad Romance” skyrocketed in the charts. The video for “Bad Romance” received more than one billion views on YouTube and won Best Female Pop Vocal Performance and Best Short Form Music Video at the 53rd Annual Grammy Awards. I am sure you have probably seen that video, and you probably also noticed that it begins and ends with some eerie harpsichord music? If you know your Bach, you immediately recognize that it is the subject from the Fugue in B minor from Bach’s first book of the Well-tempered Clavier. Musical styles from four centuries apart collide in this baroque meets techno.

But wait, the cycle hasn’t finished yet, as the opening tune of “Bad Romance” was subsequently turned into a Fugue! As you can tell, Bach is alive and well in the 21st century. There is no doubt in my mind that his music will continue to find its way into various musical expressions for centuries to come.