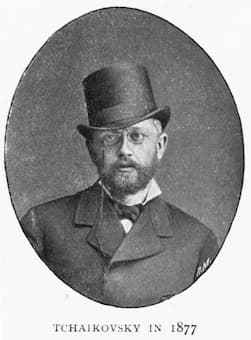 In 1878, while in Switzerland, Pyotr Ilyich Tchaikovsky (1840-1893) wrote the first part of his op. 42 cycle for violin and piano, Souvenir d’un lieu cher (Memory of a dear place). The three movements, Méditation, Scherzo, and Mélodie were published in 1842 and the ‘dear place,’ which was the dedicatee of the work was ‘B*******.’ This referred to Bavilivo, the Ukrainain country estate of his patroness, Nadazhda von Meck.

The pieces were written for violin and piano, the only time Tchaikovsky wrote for that instrumental combination. In 1896, three years after the death of Tchaikovsky, the work was orchestrated by Alexander Glazunov and most of its subsequent fame comes from the orchestral version.

The Mélodie, the third part of Souvenir d’un lieu cher, carries us to the romantic Tchaikovsky, the master of melody. The movement originally had the title of Chant sans paroles (Song without words) and we can hear the song-like qualities of the work. 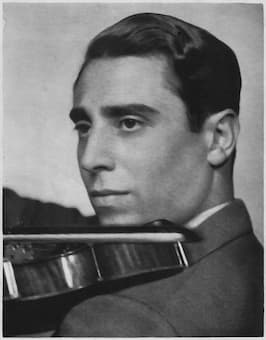 The soloist, Tossy Spivakovsky (1906-1998) was born in Odessa. His family moved to Berlin when he was two. He gave his first recital at age 10 and as a violin prodigy, he and his older brother Jascha toured Europe starting when he was 13. At age 18, he was chosen by Wilhelm Furtwängler to be the youngest concertmaster of the Belin Philharmonic.

He and his brother toured as the Spivakovsky Duo in the 1920s, in the 1930s, joined by cellist Edmund Kurtz, they became the Spivakovsky-Kurtz Trio. On an international tour in 1933, the group was stranded in Australia when the National Socialists came to power in Germany and all three members became instructors at the University of Melbourne Conservatorium of music.

Tossy was the youngest of a family of 9: his brother Jascha played piano, his brother Albert was a pianist, cellist and conductor; his brother Issy played violin and cello and migrated to Australia in 1934; brother Adolf was a bass-baritone and also migrated to Australia in 1934. His eldest brother Simeon was a photographer and sculptor. Two of his three sisters, Claire, Esfira, and Betty, were said to have fine singing voices.

Tossy migrated to the US in 1939 and in 1940, he made his debut in Town Hall before becoming concertmaster of the Cleveland Orchestra in 1942. Critics of the day considered him as the best violinist since Heifetz and the finest violinist of his day. 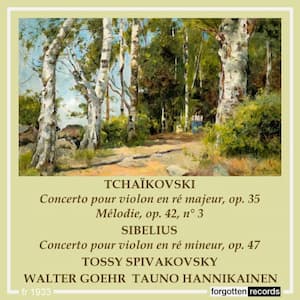