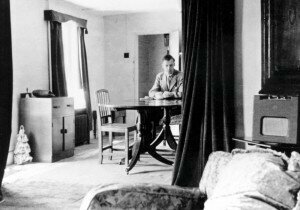 Benjamin Britten once described the process of putting music on paper in the following way, “Composing is like driving down a foggy road toward a house. Slowly you see more details of the house—the colours of the slates and bricks, the shape of the windows. The notes are the bricks and the mortar of the house.” Shortly after World War II, Britten was commissioned by the British Ministry of Education to compose the music for a documentary film called “Instruments of the Orchestra.” 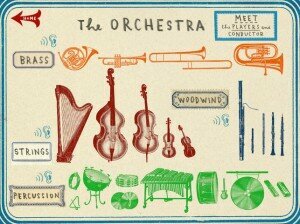 The principal aim of this educational exercise was to acquaint young people with the characters of the various instruments, and family of instrument that make up the modern orchestra. The director of the film was Basil Wright, a former colleague of Britten who had introduced the composer to W.H. Auden in the 1930s. That collaboration produced a number of films, including the celebrated Night Mail. 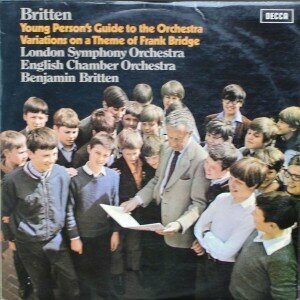 Britten was certainly happy to receive the commission, but it still took him a while to get started, since his opera Peter Grimes was not yet complete. Eventually a typescript of the scenario dated 24 February 1945 provided much of the final outline. “After the presentation of all the instruments of the orchestra according to their families—woodwind and brass, percussion, and strings—there was to be a fugue bringing in all the instruments of the orchestra section by section until the whole orchestra is playing the grand climax.” Britten drafted a more detailed synopsis in his pocket diary, beginning with a spoken commentary originally written by the poet Montagu Slater and subsequently finalized by Eric Crozier. And then there was the matter of the music. Britten had been heavily involved in performances commemorating the 250th anniversary of Purcell’s death, and he eventually settled on a Purcell “Rondeau” composed in 1695 for a play called Abdelazer as his theme. When all was set and done, everybody was very excited about the music, and according to a recording engineer, Britten himself “was sort of jumping about and laughing with pleasure at hearing what he had done.” The first public performance was given on 15 October 1946 in Liverpool under the baton of the highly popular conductor Malcolm Sargent.

Benjamin Britten: The Young Person’s Guide to the Orchestra, Op. 34