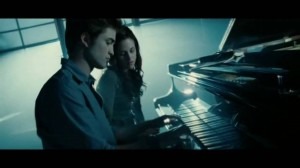 The combination of music and imagery—as we have known since antiquity—is one of the most powerful psychological agents acting directly on human emotions. And ever since sound was first coupled with images at the turn of the 20th century, classical music played an important role in the soundscapes of various films. Although many feature films have musical scores tailor-made by distinguished composers in the medium, many blockbusters draw on pieces from the classical repertoire. Let us have a look at some unexpected and imaginative uses of classical music. And it does not get any more powerful and primal than with the epic science-fiction film 2001: A Space Odyssey, produced and directed by Stanley Kubrick. Kubrick employs a number of orchestral classics, including the symphonic poem Thus spoke Zarathustra by Richard Strauss to emphatically underscore the “Dawn of Man.” In fact, it was Kubrick’s use of classical music that led to a resurgence of popularity of Strauss’s symphonic poems!

Sometimes art imitates life and vice versa. In Pretty Woman (1990), Verdi’s La Traviata stands at the core of a highly successful romantic comedy film. When the insanely rich businessman Edward Lewis finds himself in the Los Angeles red-light district he encounters the prostitute Vivian Ward. He decides to hire her as his girlfriend for six days, and she accompanies him on a number of networking functions. As their relationship grows closer he flies Vivian in his private jet to San Francisco so that she can see her first opera. Vivian is moved to tears by the plight and death of the courtesan Violetta, who falls in love with a rich man and eventually succumbs to tuberculosis. It is the combination of Verdi’s glorious music and the reflection of Vivian’s own struggles that turns a personal business arrangement into true love!

Classical music has not only played an important role in motion pictures. Between the 1930s and 1950s classical compositions were an integral part of animation. Walt Disney Productions famously produced the animated film Fantasia in 1940. The film consists of eight animated segments set to pieces of classical music conducted by Leopold Stokowski, seven of which are performed by the Philadelphia Orchestra. Not to be outdone, Warner Bros and MGM studios produced “Looney Tunes” and “Merrie Melodies” that paired Tom and Jerry with Liszt’s Hungarian Rhapsody. Elmer Fudd and Daffy Duck cajole to Johann Strauss in a “Corny Concerto,” and the Pink Panther confronts Beethoven’s Fifth Symphony. Bugs Bunny famously visits the world of Wagnerian opera, and when Andy Pandy and Woody Woopecker perform “Piano Polish” Chopin’s Fantaisie Impromptu takes on an entirely lighthearted meaning!

How much time does it take to perfect your piano technique? In the 2008 American romantic fantasy film Twilight, the vampire Edward Cullen had almost an entire century to perfect Debussy’s Clair de lune! His beloved, the teenage girl Bella Swan is rather impressed. Her family, trying to keep her safe from a coven of evil vampires, predictably less so! Teen idols bonding over classical music has certainly been a recipe for financial success at the box office ever since. And in contemporary pop culture nothing beats a lip lock with a Vampire to the strains of classical music, regardless if you recognize the tune or not!