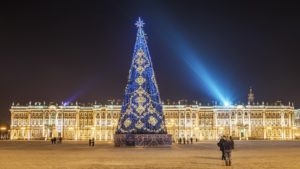 If you enjoy snow-covered endless plains, quaint traditional villages or splendidly illuminated cities, the ringing of church bells, hearty foods and a swift sleigh ride, you might enjoy spending your Christmas season in Russia. But you better get the timing right! The Russian Orthodox Church commemorates the birth of Jesus Christ on 25 December in the Julian calendar used by the church, which falls on 7 January in the more commonly used Gregorian calendar. 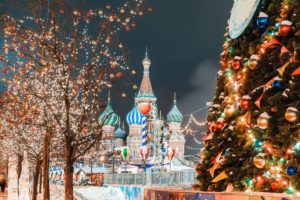 The Christmas traditions of the Russian Orthodox Church dates back to the 10th century, and Christmas is one of the 12 feasts, and one preceded by a period of fasting. Music has always been part of the Christmas celebrations, and traditional chants are sung during long services on Christmas Eve. The Christmas Vigil might last several hours, and is accompanied by much singing and by light processions. After the service, young men go from house to house carrying a great star, and sing Christmas songs based on religious themes in the vernacular. 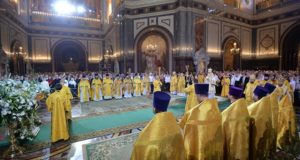 Christmas made it into Russian homes in the first half of the 19th century. Actually, this tradition was started by the Russian court during the reign of Tsar Nicholas I and his wife Alexandra Feodorovna. A Christmas party would be held on Christmas Eve, immediately after the Christmas service, at the Concert Hall or the Rotunda of the Winter Palace. Every member of the royal family had their own decorated Christmas tree, and gifts were placed on individual tables covered with white tablecloths. The children had to wait behind a closed door, and “suddenly the bell rang, the doors opened, and we ran with noise and clamor into the hall lit by thousands of candles. The Empress herself took each to the designated table and handed out gifts.” According to eyewitnesses, the hall looked like a magical forest, with all trees decorated with burning candles, gilded and silvered fruit and toys. 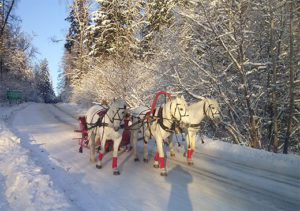 Elaborate gifts were exchanged between family members, and St. Petersburg confectioners supplied gift sets to the palace. Each gift set included two small bags of sweets, two tangerines and two apples. Grand Dukes received an additional box of prunes and the Tsar a box of apricots. However, the Romanov’s did not forget their staff and hosted a Christmas lottery for all inhabitants of the palace. Everybody would receive a vase, a lamp, or porcelain set from the hands of the Empress. Royalty also organized Christmas parties for poor children, which became an annual event. 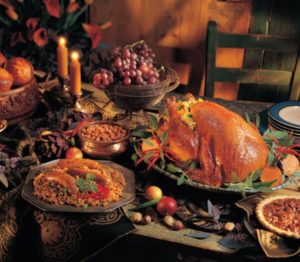 With the establishment of the Soviet Union, Christmas celebrations were strongly discouraged. Clearly, the official state policy of atheism did not take well to religious celebrations. However, officials came up with a solution by turning many traditional Christmas traditions into a celebration for the secular New Year. That included the decoration of trees, family gatherings and a famous visit by “Grandfather Frost” and his granddaughter “The Snowmaiden.” People had to celebrate Christmas in secret, but with the collapse of the Soviet Union, Christmas was resurrected. In modern day Russia, however, it is still a relatively small and quiet holiday as it falls immediately after the big celebrations for the New Year. And rather recently, Christmas has come under legal threat as a number of groups have filed lawsuits declaring Christmas unconstitutional. We all know emerging democracies go through a harsh period of teething problems, don’t we? 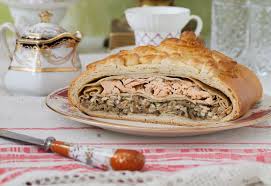 Let’s not talk politics at Christmas time, but turn our attention to food and drink. Traditionally, people fasted on Christmas Eve until the first star appeared in the sky. Then they would eat a dish called “sochivo” or “kutia,” porridge made from wheat or rice served with honey, poppy seeds, berries and dried fruit like raisins, and chopped walnuts. This dish was frequently eaten from a common bowl, and an occasional spoonful was thrown up on the ceiling. If the porridge stuck, it supposedly meant good luck and a good harvest. 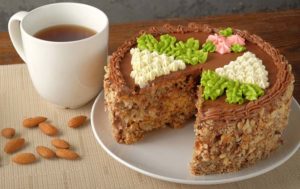 Other popular Christmas Eve foods included the famous Russian beetroot soup or a vegetarian potluck called “solyanka.” These dishes are frequently accompanied by salads made from gherkins, mushrooms, tomatoes, or potato or other root vegetables. Principal dishes for the Christmas Day table include a variety of roast pork, stuffed pig’s head, goose with apples, venison, baked chicken, lamb, fish, and hare in sour cream sauce. Savory pies are one of the mainstays of any Russian Christmas celebration. They are either served closed or in open style, and are filled with every flavor imaginable, including herbs, vegetable, fruit, mushrooms, meat, fish, cheese or combinations thereof. Sweet dished include berries, fruit, candy, and various cakes, alongside Christmas cookies called “Kozulya,” which are shaped in the form of a sheep, goat or deer. And at the end of the meal “Vzavar” is often served. It is a sweet drink made from dried fruit and honey boiled in water. If you make it to Russia for Christmas don’t forget to say “S rozhdyestvom Hristovym,” which means “Congratulations on the birth of Christ.”