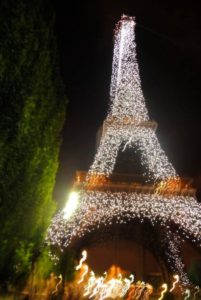 A cruise on the Seine, a climb on the Eiffel Tower or the Arc de Triomphe, a visit to the Musée du Louvre and the Palace of Versailles, and a stroll on the Champs-Élysées in the City of Lights. Maybe you’ll even want to take in a concert or two at some of the iconic churches or performing venues. However you look at it, there might be no better location on earth to celebrate Christmas than France. 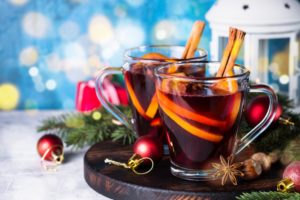 Each district in Paris has something festive to offer, and from window-shopping at the grands magasins to taking a spin on an outdoor ice rink, better bring your gloves and scarf. If all these winter activities leave you chilled and cold, you better warm up with a French festive staple. “Vin chaud” is available throughout the city, and you can easily find a steaming cup at one of the numerous Christmas markets. Dry red wine is mixed with sugar, orange and fragrant spices like cinnamon, star anise, cardamom and cloves, and the mixture is brought to a gentle boil. If you want to liven up your experience, simply ask for an extra nip of cognac to be added to the concoction. 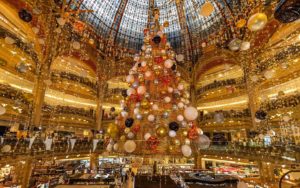 The Galeries Lafayette at Christmas

French children will open “les calendriers de l’Avent” during the month of December leading up to Christmas, and they will also write letters to Père Noël asking for presents. According to a federal law, any letter to Santa must be responded to in the form of a postcard. And while children in other countries will hang stockings for Father Christmas to fill with presents, French children will leave their shoes by the fireplace. 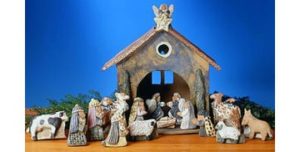 During Christmas time, many regions in France display nativity scenes known as “crèches.” These nativity scenes represent the birth of Jesus in a manger, with animals and figurines of the Virgin Mary and the three wise men. 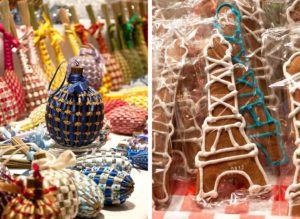 Additional figures—known as “santons”—may be part of the scene and sometimes include shepherds, policeman, bakers or even an occasional fireman or winemaker. They come in all shapes and sizes, and while a good many “santons” are passed down through the generation, additional figures can be purchased at Christmas markets. For one of the biggest selection of Christmas ornaments and figurines you might want to visit the Christmas market in Strasbourg, considered one of the biggest in Europe. 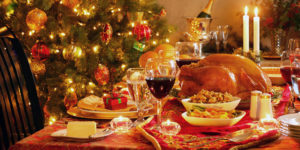 Traditionally, families enjoyed a sumptuous Christmas Eve meal “Le Réveillon” after attending church services during Midnight Mass. More recently, however, it has become common for people to partake in the Christmas meal and church services on Christmas day. 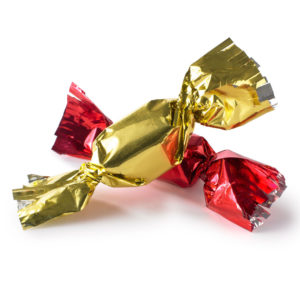 Regardless of when it takes place, food and drink are very important parts of the Christmas meal. It all starts with extremely elegant and inviting decorations for the table. Sporting the best china and silver handed down for generations, tables frequently also features three candlesticks in representation of the Trinity. You may also find “Papillotes,” chocolates or candied fruits wrapped in sparkling paper scattered on the table. 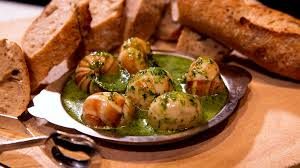 Depending on region, a classic French Christmas meal starts with caviar or smoked salmon on blinis, setting the tone for a mighty meal to follow. Generally, the next course consists of freshly chucked oysters complemented by lobster and crab. No French Christmas feast would be complete with a portion or two of “foie gras,” served on sliced bread and accompanied by a sweet wine, frequently a Sauternes. Particularly popular in the region of Burgundy are “escargots de Bourgogne,” served as a starter in garlic and parsley butter. 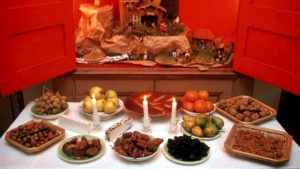 And let’s not forget that “Coquilles Saint Jacques” (Scallops) are a staple of the Réveillon feast. Main meals change by region or by years, but the roast turkey with chestnut stuffing remains one of the favorites. But you may also find other birds and wild fowl, including guinea fowl, quail, pheasant, with goose being particularly popular in the Alsace region of France. 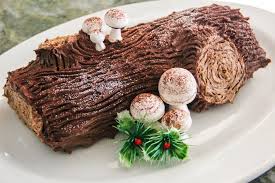 After indulging in seafoods and birds, a cheese course is normally served. Hopefully, you have left some space for dessert, because “Les Treize” 13 desserts are waiting for you. Representing Jesus and the 12 apostles, it typically includes dried fruit such as dates, figs and grapes, and a variety of nuts. And there is the traditional “Pompe à l’huile,” flavored with orange blossom water. And for the grand culinary finale, look no further than the “Bûche de Noël,” a sponge cake decorated like a Yule log, traditionally made of chocolate and chestnuts. 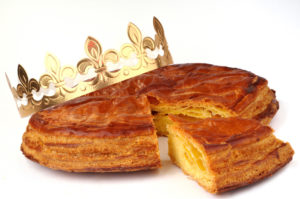 And by the way, the Champagne normally comes out at the beginning of Réveillon, and it is gradually replaced by a selection of wines and digestifs. When all is set and done, all you need to say is “Joyeux Noël.” We still have to consider festivities associated with January 6, “Three King’s Day” or Epiphany. “La fêtes des Rois,” as it is called in France is once again associated with food. “La Galette des Rois” (King’s Cake) comes in a number of versions, but the most popular consists of flaky puff pastry layers with a center of frangipane or apple. It is commonly sold in special bags with a paper crown, to be worn by whoever finds the small figure or bean “fève” hidden in their piece of cake.