Composers Inspiration
Chopiniana and Other Tributes
by Georg Predota May 15th, 2022 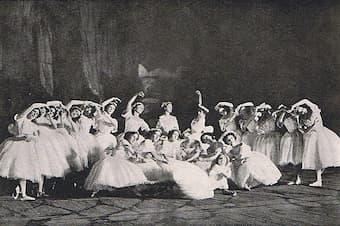 In 1892 Alexander Glazunov (1865-1936) set to work on an orchestral suite with arrangements of piano music by Frédéric Chopin. Entitled Chopiniana it was introduced to the public in December 1893 by Rimsky-Korsakov, and published by Belyayev one year later. When the famed choreographer Michel Fokine (1880-1942) stumbled across the score he immediately contacted Glazunov for permission to use the music for a ballet. Glazunov was delighted and even offered to add Chopin’s Waltz in C minor to the composition. 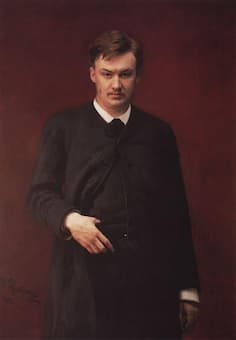 Fokine presented his poetic reverie at the Mariinsky Theatre in St. Petersburg under the title Chopiniana in 1907. Fokine broke away from his Russian heritage of story ballets and virtuoso divertissements and created a mood ballet. It is set in a moonlit garden, creating a mystical atmosphere. There is no plot, with the poet personifying the creative artist while the female dancers are the muses of his inspiration. This ballet setting was clearly inspired by the life of Frédéric Chopin. Deserted by his friends and in ill health, he sits desolate and dejected at the piano. Uninspired to compose, he is haunted by despair, but suddenly the muses come to comfort and inspire him. When the Ballets Russes premiered the ballet in Paris in 1909 it had acquired the new title Les Sylphides, and it remained one of the most successful productions for the company. 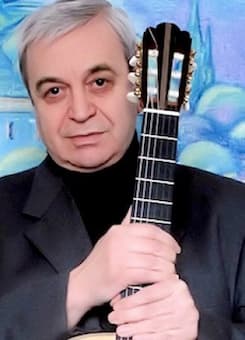 The Italian composer, guitarist and musicologist Angelo Gilardino—born November 1941 in Vercelli—has premiered hundreds of new works for the guitar. He has also supervised the publication of hundreds of new guitar works for the “Edizioni Musicali Bèrben.” Gilardino also discovered Variazioni by Ottorino Respighi and works written for guitarist Andrés Segovia by Cyril Scott, Pierre de Bréville, Lennox Berkeley and many others. A versatile composer, Gilardino has written music for solo guitar, as well as chamber music and concertos. “I am not a good interpreter of my own music,” he once remarked, “I never played it and I avoid giving lessons with my music on the stand.” His Mozartiana No. 1 is based on a melody that you will instantly recognize. In fact, this first set of variations proved so popular that Gilardino followed it up with a second Mozartiana collection. 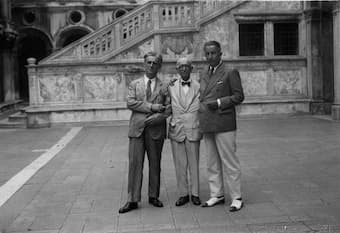 Gian Francesco Malipiero (1882-1973) was not only a most capable composer; he was also a distinguished musicologist. He became the president of the “Istituto Italiano Antonio Vivaldi,” which began publishing Vivaldi’s complete instrumental music in 1947. Malipiero edited several volumes of the series, and he was soon looking for a creative musical outlet for the materials he was looking at. As he explained, “I took the poor Red Priest and masked him in my own way: in my own way up to a point, that is, because nothing has been changed in the music’s form, harmony or rhythm.” The resultant Vivaldiana of 1952 became an imaginative colorful transcription for a classical orchestra with excerpts from six different Vivaldi concertos. This loving tribute stays faithfully true to Vivaldi’s text, but imbues it with a newly vivid and vibrant orchestral cloak.

Violinist Ilya Gringolts was born in Leningrad in 1982 and first coached by Tatiana Liberova, and subsequently by Itzhak Perlman at Julliard. He has won a plethora of prizes at international competitions, including 1st Prize at the “Premio Paganini” in 1998, representing the youngest winner in the history of this competition. In addition, he has also won prizes as a composer. His Sonata Bachiana was written at the age of 15, and it presents a pastiche of Bach paired with the modernity of Shostakovich. Inspired by Bach’s sonatas and partitas for solo violin, the composer explains “each movement in this sonata has its own ancestor in Bach’s pieces. The “Grave” is a kind of Adagio fantasy, built on the contradiction of the somewhat cosmic B naturals and diminished G minor Adagio-motives. The “Fugue” is quite independent of any of Bach’s fugues, but the third movement is the godchild of the peaceful “Largo” from Bach’s Third Sonata. In the numerous string crosses of the “Presto,” the perpetuum mobile of Bach’s E-major Prelude can clearly be recognized.”