In Tune Arts
Musicians and Artists: Carpenter and Braque
by Maureen Buja May 15th, 2022
Tags: Carpenter

The French painter Georges Braque (1882-1963) had a style that encompassed Fauvism from 1905 before he worked with Picasso on the development of Cubism (1908-1912). Where Picasso’s Cubism was more puzzling and confrontational, Braque’s Cubism was quieter.

His 1910 painting, Woman with a Mandolin, was created during his early experiments with the style, known as Analytical Cubism. He had started his Cubist style with landscape and still life paintings, but in 1910, he started working on Cubist figures. 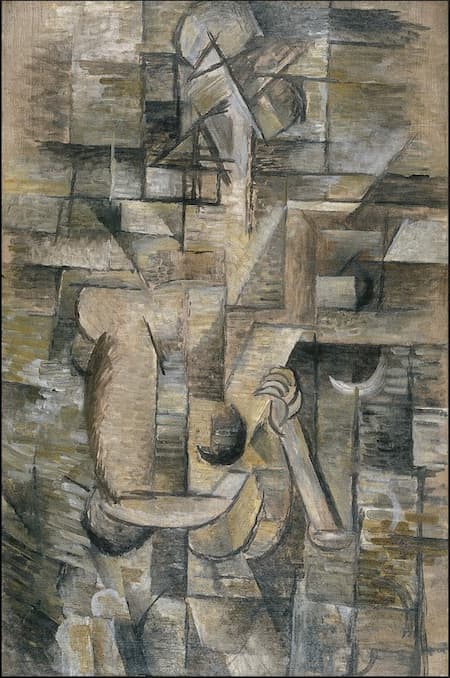 When we compare Picasso’s work on the same subject from the same year, we can see how much more defined and perhaps aggressive Picasso’s Analytical Cubist style is. 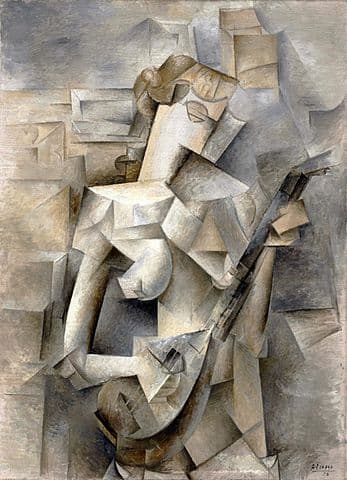 Braque continued his work with the image, producing another painting with the same title in 1937.

One of the lessons that Braque had taken from the impressionist painter Jean-Baptiste-Camille Corot, was that ‘the addition of a musical instrument endows a character with the stillness of an object…’ As Braque continued his work with the image, we can see how that stillness begins to imbue the painting with a different quality. 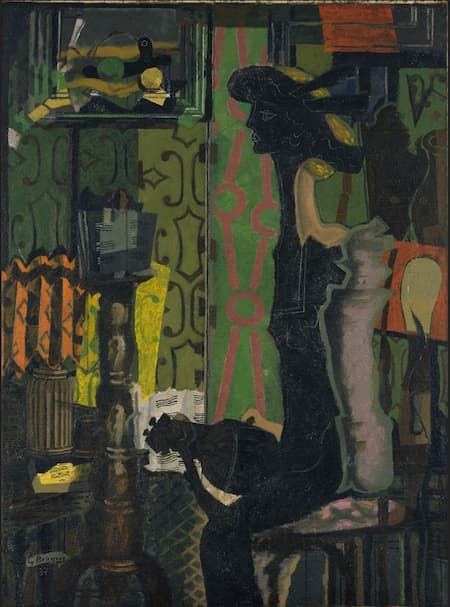 The composer Gary Carpenter, as part of his work After Braque, set an interlude to this painting. The stillness of the image seems to fill the musical setting – the woman is sitting, idly plucking at the strings. She’s not playing any particular piece or concentrating on any kind of music, but just filling the air with sound. The principal instrument in Carpenter’s setting is a mandolin, as is fitting.


Braque took up the image again in 1945. In this lithograph, she still has elements of her Cubist face, although not in very many planes. She’s not looking at the instrument but off to the distance. The blurred face of the instrument could also make you think that she’s holding an ignored baby. 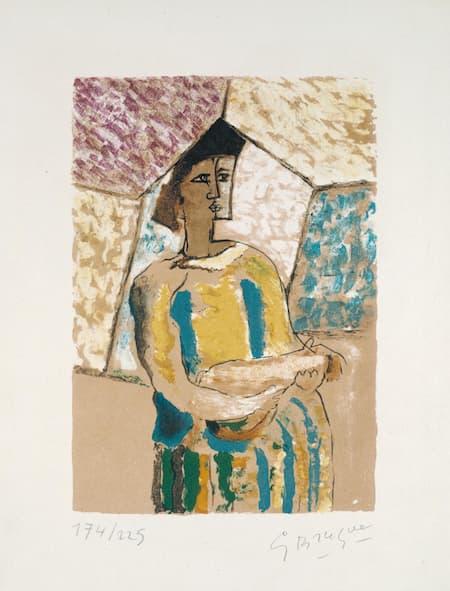 Because of the similarity in their names, Georges Braque was also a fan of J.S. Bach and used him in at least 2 different works.

Braque was a classically trained musician, with abilities on the violin, the flute and the accordion. The musical instrument, to him, had the double quality of not only being a work of art in itself but also of having the ability to come alive when touched or played.

The first, created in the winter of 1911-12, is Homage to J.S. Bach. Another work in Analytical Cubism, we see that the space in the painting is compressed and shallow, with images only appearing in flickering parts: we have the parts of the violin – the F-Holes, the scroll, the tailpiece that hold the strings, the curves of the sides of the instrument, laid over what appear to columns or other classical architectural elements. The imitation woodgrain and the stencil lettering are elements that come from Braque’s early training in commercial (house and decorative) painting that he learned from his father and grandfather. 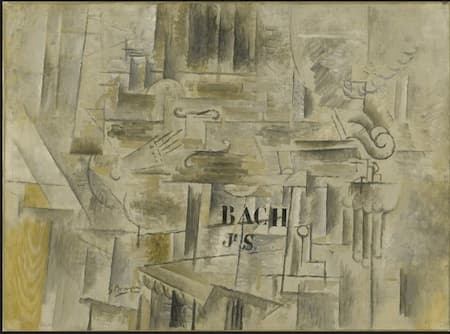 In his next Bach work of 1913, Aria de Bach, we have the Cubist angles of the guitar overlaid with imitation wood-grain paper and black paper. 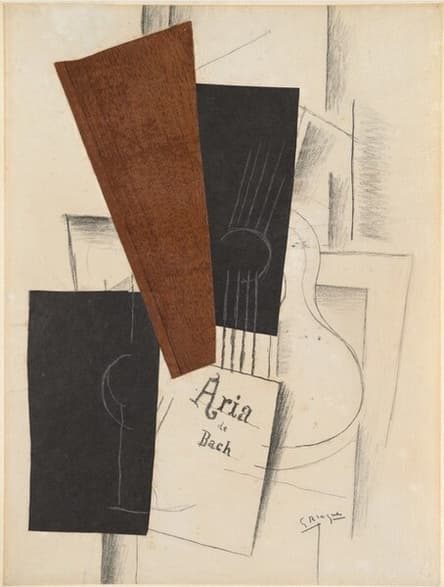 This collage of styles was taken up by Gary Carpenter, using a song he had written earlier for a different ensemble, but now set as a Baroque-style da capo aria.


Carpenter wrote the two Interludes before he found their connection with Braque, but they seem to set Braque’s artistic style and their internal musical references beautifully.