Nestled in the middle of the country, the state of Minnesota conjures bitterly cold temperatures and towers of snow; hooded parkas and polar snow boots. But the icy squalls generate a spawning ground for artists. Hailing from Minnesota are authors F. Scott Fitzgerald and Sinclair Lewis, singer, songwriter Bob Dylan, singer and actress Judy Garland, cartoonist Charles Shulz of the “Peanuts” gang, and two immensely influential icons Stephen Paulus, classical music composer, and Prince, pop, rock and funk musician. Both Paulus and Prince were based in Minnesota. Their sudden deaths left a void.

One of the most prolific composers of our time Stephen Paulus was known for his sumptuous scores, rhythmic vitality and haunting melodies. He wrote more than 600 works for every conceivable genre—chorus, opera, chamber ensemble, solo voice, concert band, piano, organ, and orchestral pieces. Paulus’ compositions received thousands of performances worldwide, two of which were awarded Grammy awards in 2016— ‘Prayers and Remembrances,’ won the Best Contemporary Classical Composition, and ‘Three Places of Enlightenment, Veil of Tears & Grand Concerto’ Best Classical Compendium. 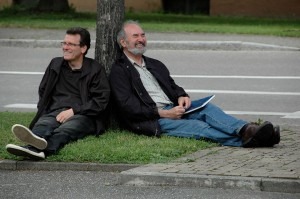 His writing for voice is especially captivating. Stephen wrote twelve operas among them The Postman Always Rings Twice (1982) and his lyrical a cappella anthem, “Pilgrims’ Hymn,” was sung at the funerals of both President Reagan and President Ford, poetry by frequent collaborator Michael Dennis Browne. It is stunningly beautiful. Browne later said, “It was an extraordinary privilege, and challenge, to come up with words that matched, in some measure, Stephen’s very beautiful music. The resulting piece has changed both our lives.”

Because Stephen’s music is accessible, lyrical, and widely admired, he was one of very few composers who made a living exclusively by writing classical music, no need for a ‘day job.’ On any given day, Paulus had as many as 40 commissions waiting in a queue. His composer’s mantra, which he once shared with music students, is one to emulate: “You work at it every day, the same way a lawyer would work at a job every day or a physician or a carpenter, whatever, and the more you work at it, the better you get.” 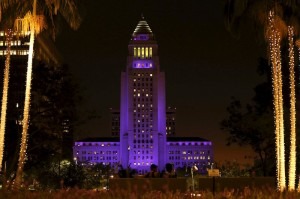 Paulus wrote his music the old fashioned way in pen on manuscript paper and then he scanned his work into a computer—scrawls, scribbles and crossed out passages, which rivals composers of the past. Albums of his music range from Wonder Tidings: Christmas Music of Stephen Paulus to a recording with the Atlanta Symphony of his violin concerto. “A bright, lyrical inventor whose music pulsates with a driving, kinetic energy, “ says The New Yorker.

Stephen was composer in residence with the orchestras of Atlanta, Tucson and Annapolis as well as the Minnesota Orchestra and we often performed his music. His boyish smile and charming presence backstage during many a concert made him an endearing presence. It was my privilege to perform his Concerto for String Quartet and Orchestra: Three Places of Enlightenment (1995) as one of the soloists. He also wrote concertos for organ, piano, violin, harp, 2 trumpets, a cello concerto, a violin and cello double concerto, in addition to nearly 60 orchestral works. 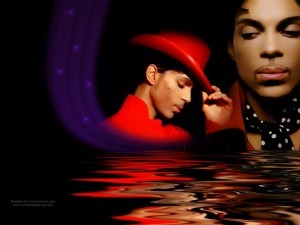 When he was a student at the University of Minnesota, always supportive of his fellow composers, he co-founded the Minnesota Composer’s Forum in 1973 with a $400. Grant. I remember him saying tongue-in-cheek, that their office was in his garage. Today known as the American Composers Forum, it has become the largest composer service organization in the U.S. with chapters in several major cities across the country.

‘To Be Certain of the Dawn’ – Stephen Paulus
Part I: Renewal: Teshuvah (soprano, tenor, chorus)
Remembrance: Interlude: Veil of Tears
Paulus wrote To Be Certain of The Dawn a Holocaust oratorio, with the sacred and reverberant space of the Basilica of Saint Mary in mind, libretto by Browne. It was commissioned by Fr. Michael O’Connell, rector of the Basilica of Saint Mary, and intended as a gift from the Christian community to the Jewish community to commemorate the 60th anniversary of the liberation of Auschwitz. For me the oratorio, premiered in 2005 by the Minnesota Orchestra and subsequently recorded, has two particularly unforgettable sections—Renewal and The Veil of Tears—transformational moments for the performers and audience alike.

Paulus passed away in 2014 at the age of 65. His loss is keenly felt among lovers of his music and those of us who knew him. 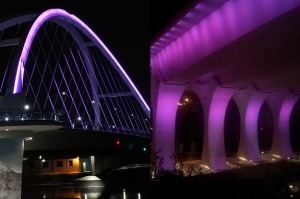 Prince Rogers Nelson, a singular talent who could not be categorized, shone in every musical style: funk, pop, rock, soul, jazz, blues and R & B. Seamlessly he was able to meld these diverse genres into his own remarkable style. With an expansive vocal range, uncanny high notes, fabulous and glitzy outfits, acrobatic dancing, impressive guitar playing and dazzling personality, he took the world by storm selling over 100 million records, one of the best-selling artists ever. Prince won numerous awards including seven Grammys. The film Purple Rain made him a superstar and spawned an album, which stayed at the top of the charts for 27 weeks, selling more than 20 million copies. Prince’s Oscar for the film was a triumph—the first artist with a simultaneous number one movie, song and album, and Purple Rain became his signature piece. The color purple and a gender fluid iconic emblem soon identified him: the Love Symbol.

Millions of fans mourned his sudden death last year, in 2016. Monuments turned purple in tribute—L.A. City Hall, Empire State Building, 35W Bridge in Minneapolis, the cover of The New Yorker Magazine. The Minnesota Orchestra did a special tribute at the Vikings Stadium beginning with Beethoven’s 5th Symphony. Then watch!

Prince was born here in Minneapolis in 1958 and lived and worked at his extraordinary private estate Paisley Park— a 65,000 square foot, nine-acre recording studio complex, complete with a soundstage and performance hall, recording and mixing studios, editing rooms and music club. It is open for public tours and many of his elaborate custom made outfits and memorabilia are on display. Hundreds of songs still unreleased are held in vaults at Paisley Park.

Prince was private about his life and his generous philanthropy. He often made anonymous donations and supported a long list of organizations—Love 4 One Another, a boxing club, In a Perfect World a charity, which has built 19 schools in poor countries, and charities in New York, Atlanta and Seattle. Most important he believed that “Music is a gift from God.” Prince, passionate about young people learning how to read, write and play music, generously supported music education.

Both artists, Paulus and Prince leave us an enduring legacy.