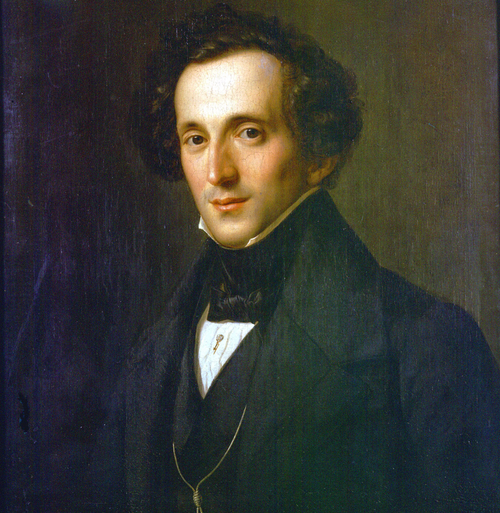 When Felix Mendelssohn (1809-1847) died at the incredibly young age of thirty-eight, he simply had not yet made arrangements for literally hundreds of unpublished musical manuscripts and artworks, alongside thousands of personal letters to and from the composer. During his lifetime, and for a short period thereafter — with a large number of music published during a period of two years following his death — Mendelssohn was almost universally lauded musical genius. What is more, Mendelssohn was also the artistic director and chief conductor of The Gewandhaus (Garment House) in Leipzig, a venue that has long been recognized as one of the most important performing centers in Europe. Under his tutelage and leadership, the Gewandhaus Orchestra became a cultural institution. Mendelssohn not only initiated the revival of music by Bach, Handel, Haydn and Mozart, he also assured that his brand of musical historicism was disseminated throughout Europe and beyond. With the help of Richard Wagner who declared “Judaism the evil conscience of our modern civilization” in his 1850 treatise Judaism in Music, Mendelssohn and his music were quickly subjected to deliberate and systematic forms of historical revisions. And when Wagner declared Mendelssohn’s music “an icon of degenerate decadence,” publishers far and wide declined to make his manuscripts and letters public.

Of course, Wagner was not able to completely erase or dismiss Mendelssohn’s influence on Germanic arts, nor was he able to excise him from music-historical memory. This, of course, led to serious irritation within the propaganda machinery of Nazi Germany, and his name was promptly added to various lists of forbidden artists. At that time, according to Stephen Somary, founder and artistic director of the Mendelssohn Project, “a majority of Mendelssohn manuscripts — both published and unpublished — were housed in the basement of the Berlin State Library. They were smuggled to Warsaw and Krakow during the winter of 1936/37, and when the city fell under Nazi control in 1939, they were hurriedly smuggled out again and disbursed to locations wide and far between.” Following WWII, the majority of manuscripts remained buried behind the Iron Curtain. Haltingly, various unknown versions and unknown compositions were discovered and made available in one form or another. 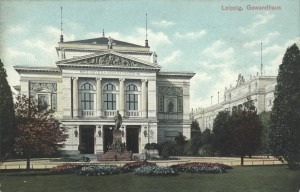 Initially, these efforts focused on works Mendelssohn composed before his 14th birthday, pieces that had originally been presented at private concerts at the Mendelssohn home. Among them various sonatas for viola and for violin, religious choral music, numerous piano compositions and even a fourth opera. But it also included a succession of concertos, among them a concerto for piano and string orchestra in A minor (1822) and two concertos for two pianos and full orchestra in E and A-flat, originating from 1823 and 1824, respectively.

The concerto for violin, piano and string orchestra in D minor was composed for an initial private performance with his best friend and violin teacher Eduard Rietz. On 3 July 1822, Mendelssohn revised the scoring, adding timpani and winds and the premiere of this version was apparently performed on the same day. For reasons detailed above, it remained unpublished until 1960, when the Astoria Verlag in Berlin issued a miniature score, edited and arranged by Clemens Schmalstich. In 1966, Theodora Schuster-Lott and Frieder Zschoch prepared a scholarly edition for the Deutsche Verlag für Music as part of the new Mendelssohn complete edition, “which was engraved, but never published except in a reduction by Walter-Heinz Bernstein for violin and two pianos.” Finally, in 1999 the 1960 miniature score was reissued in a scholarly edition with the wind and timpani parts added. And just in case you are wondering, the A-minor Piano Concerto of 1822 had until recently been unavailable in any edition, and the Concerto for two pianos and orchestra in E major, composed as a birthday gift for his sister Fanny, had to wait until 2003 before audiences could get a listen to the original version.

And just in case you are interested in all the works and versions by Felix Mendelssohn, they are now available to the general public and performing artists, have a quick look at this link!