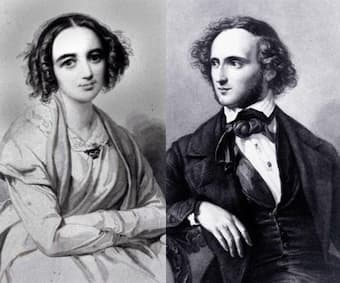 Although Felix Mendelssohn (1809-1847) had suffered from poor health for a number of years, he maintained a hectic performing schedule in the early months of 1847. He conducted Gewandhaus concerts in Leipzig, and presented a series of four historical concerts in February and March. On 2 April, for the celebration of Good Friday, he conducted his oratorio St Paul in a charity concert. Unbeknownst to all, this would be his last public performance in Leipzig. Within a couple of days he departed for London, “to oversee six performances of the revised version of Elijah, four in London before Queen Victoria and Prince Albert, and two in Manchester and Birmingham.” He conducted his Scottish Symphony at a Philharmonic concert on 26 April, appeared at Buckingham Palace, and played in a concert at the Prussian embassy on 6 May. Exhausted he returned to Frankfurt and received the news that his beloved sister Fanny had died on 14 May. In an unpublished letter to his sister Rebecka, merely five days after Fanny’s death, he writes, “God help us all—I don’t know what else to say and think…God help us, God help us!…The only thing that helps a little is to cry a lot—if only one could do that all the time. Alas, dear sister, I can’t write or think about anything except Fanny. It will never be otherwise as long as we’re here on earth.”

Mendelssohn was devastated and unable to attend his sister’s funeral. Instead he departed for Switzerland with his brother Paul. To cope with his loss he painted watercolors and only gradually took up composition again. Mendelssohn returned to Leipzig by the middle of September, and finally visited his sister’s grave in Berlin at the end of the month. That particular visit shook Mendelssohn to the core, and he was unable to fulfill his conducting obligations. On 3 November, the violinist Ferdinand David wrote to Sterndale Bennett, “Never shall I forget Niels Gade coming to me at the Conservatorium and telling me that Mendelssohn had another attack and that it was a question of life and death. I ran out at once and was met with the tidings that there was no hope. It was quite a quarter of an hour before I was calm enough to go in to him. I found him unconscious (this was Wednesday evening) and his shrieks, which lasted until 10 o’clock, were terrible. Then he began to hum and to drum as if music were passing through his head and, when he became exhausted by it, he started giving fearful screams and continued to do so throughout the night. In the course of the following day the pains seem to have abated, but his face was that of a dying man.” 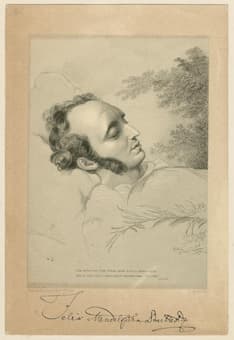 Mendelssohn on his deathbed

Ignaz Moscheles was with Mendelssohn in the morning of 4 November, and he committed his thoughts to paper. “Mother Nature, art thou demanding thy rights? Angels who dwell in the heavenly spheres, do you wish to reclaim your brother whom you consider as your own, and whom you deem to be too noble to keep company with us ordinary mortals? We still possess him, we still cling to him, and we hope that by God’s gracious mercy he will be able to dwell longer among us; he who has always enlightened our lives as an example to us of all that is noble and all that is beautiful… We beseech thee to allow him to enjoy his earthly rewards, to enjoy the love of his chosen companion, the development of his children, the bonds of friendship and the adoration of the world.” 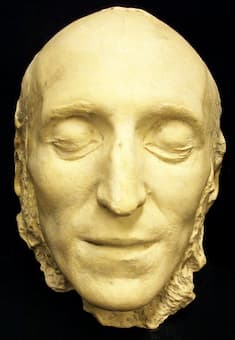 Waiting for the arrival of his sister Rebecka and several other close friends, Mendelssohn’s breathing became slow and labored. Everybody stood around the bed in deathly silence, and immersed in prayer. “With every breath that was wrested from him, I could feel the struggle of his great spirit, wanting to free itself from its earthly shell. I had often heard his breathing while admiring his performing, as if he were riding heavenwards on Pegasus, and now these same sounds had to ring out, announcing this terrible end… At 24 minutes past nine, with one last deep sigh, he exhaled his great soul from his body.” Mendelssohn was thirty-eight years old.

The cause of his early death has long been a mystery. Contemporary doctors diagnosed a “nervous stroke,” which researchers today describe as an “aneurysmal subarachnoid haemorrhage.” Interestingly, his sister Fanny had shown similar symptoms before her death at age 42, and his grandfather Moses and both his parents had died from similar strokes. According to experts, there appears to have been some kind of genetic predisposition. It has been proposed, that the entire family might have suffered from
“Ehlers-Danlos-Syndrome Type IV, which is inherited as an autosomal dominant trait. This syndrome occurs with arterial aneurysms, dissection or rupture of arterial vessels of large and medium diameter, together with characteristic facial features (acrogeria). The latter may be found in contemporary depictions of Felix and Fanny Mendelssohn.” While more research needs to be conducted, we do know with certainty that Felix Mendelssohn was buried on 8 November 1847 in the cemetery of the Dreifaltigkeitskirche in Berlin, next to the grave of his sister Fanny.