Playlists
The Best Classical Music To Listen To While Studying
by Emily E. Hogstad August 31st, 2016 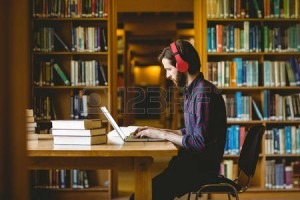 Whether you’re a newbie or a lifelong connoisseur, all classical music fans agree: some pieces work better as background music than others…especially when we’re studying! A Mahler symphony is powerful in the concert hall, but in the study hall, its grandiosity and mood changes might prove distracting.

So that begs the question: what are the best pieces of classical music to listen to when you hit the books? We all have our favorites, but here are eight of mine. Keep in mind that this is not a traditional list, and many of the pieces here push the boundaries of the traditional definition of “classical music.”

Soundtrack from “Koyaanisqatsi” by Philip Glass. Music written in the minimalist style appears several times on this list. Many people find minimalism’s trademark repeated rhythms, gradual tempo changes, and tonal language helpful to listen to while concentrating. All of these elements are on full display in Philip Glass’s soundtrack for the 1984 experimental film Koyaanisqatsi: Life Out of Balance. The music serves as the main aural feature of the film since there is no dialogue. Instead, the story is told through shots of landscapes, military installations, and cities, with Glass’s mesmerizing soundtrack playing for nearly the whole movie.

Glass: Koyaanisqatsi
Sinfoniae Sacrae by Giovanni Gabrieli. Gabrieli was born in the 1550s and died in 1612. Despite the fact that he lived so long ago, there is something fresh and engaging about his compositional language, straddling eras between Renaissance and Baroque. The Sinfoniae Sacrae are rhythmic and upbeat, with just enough contrast to keep things interesting!

Gabrieli: Symphoniae Sacrae
Soundtrack from “The Village” by James Newton Howard. “The Village” may not have been a huge box office success, but its haunting soundtrack is transporting, twisting through wistful moods like the view from a kaleidoscope. Superstar violinist Hilary Hahn is a featured soloist, lending the music some serious classical music credentials. 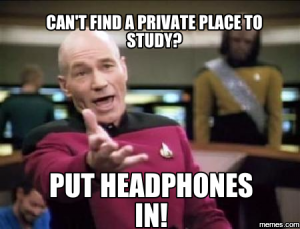 Phrygian Gates by John Adams. Phrygian Gates shares important hallmarks with the Glass soundtrack mentioned above. It was written in 1978-79 and features a rhythmic, shimmering solo piano musing away for almost half an hour. As the notes spin, they cycle through a variety of different keys, providing interest. The result is mesmerizing, and perfect for getting into a study groove.

Adams: Phrygian Gates
Soundtrack from “The Fountain” by Clint Mansell. Like “The Village” soundtrack, the soundtrack from “The Fountain” may not be classical music strictly speaking, but it does feature well-respected performers from the classical music scene. Members of the Kronos Quartet, an American string quartet that specializes in new music, perform along with the band Mogwai. The result is an overwhelmingly melancholic score that is both dreamy and thought-provoking.

Mansell: The Fountain
Trois Gymnopédies by Erik Satie. Composer Erik Satie began publishing these three short piano pieces in 1888. They are especially striking for how they balance deep emotion with stasis (a stasis created in large part by the recurring notes in the bass). It comes as no surprise that these deeply affecting pieces have been commandeered for use in modern pop culture, including appearances in movies, orchestral arrangements, and even a Janet Jackson track. They are both calming and inspiring: perfect for studying.

Satie: Trois Gymnopédies
Goldberg Variations by Johann Sebastian Bach. The story of the variations’ conception is legendary. Apparently Count Herman Karl von Keyserling, a diplomat to the Saxon court, had trouble sleeping. The count asked a musician in his service, a keyboard virtuoso by the name of Goldberg, to play harpsichord for him as he battled insomnia. Bach wrote a set of theme and variations for Goldberg to play during these nighttime concerts, and the “Goldberg Variations” were published in 1741. Even if you’re not trying to fall asleep, the Goldberg Variations provide one of the most beautiful backgrounds in all of music.

Bach: Goldberg Variations
Anything by Hildegard von Bingen. Hildegard von Bingen (1098-1179) was many things: an abbess, a philosopher, a mystic, an author, and even a composer. Her music lacks tempo indicators and is monophonic (meaning that it contains only one melody line without accompanying chords). Accordingly, her works sound exceptionally flowing and otherworldly, especially to a modern ear. It is perfect music to explore while studying.

O splendidissima gemma
Those are the first eight pieces that come to mind. However, one of the (many!) great things about classical music is that it’s a genre that spans continents and millenia. Eight pieces are just a single drop in an ocean of awesomeness. So dive in yourself and find the pieces that work for you!