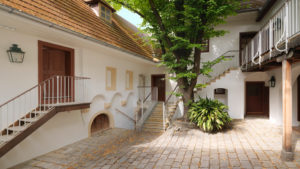 In October 1802, Beethoven moved into a roughly 40 square meter apartment at Probusgasse 6 in the trendy spa town of Heiligenstadt. In his day, it would have been a substantial journey from the Vienna city center, and when Beethoven spoke of going “to the country,” Heiligenstadt was one of the areas identified. Beethoven had moved to Heiligenstadt on the advice from his physician, as the 32 year-old-composer was in a state of deep despair. Beethoven finally had to acknowledge that there would be no cure for his growing deafness, which had begun to manifest itself four years earlier. On 6 October 1802 he wrote a letter—in the form of a last will and testament—to his brothers Carl and Johann. Here he described his ailment and feelings, and disclosed thoughts of suicide. Known as “The Heiligenstadt Testament,” it reflects his despair over his deafness and his desire to overcome his physical and emotional trauma to complete his artistic destiny. Beethoven never sent the letter but kept the document hidden among his private papers for the rest of his life. 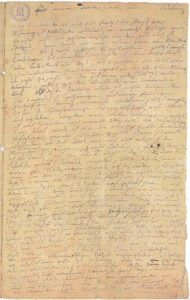 Fortunately, Beethoven eventually accepted his condition and learned to live with his progressive and eventually irreversible deafness. Beethoven spent much time in Heiligenstadt and the surrounding areas, and some of his most important works originated at this dwelling at Probusgasse 6. Significantly, this includes first drafts for his “Eroica” symphony, the “Prometheus Variations” Op. 35 and the three piano sonatas Opus 31. All these works, in one way or another explored and extended the range of musical conventions and pointed towards, according to the composer, “new directions.” Today, the apartment is located in the 19th district of Vienna and it has been extended to house a Beethoven museum encompassing 14 rooms. Exhibits include a number of ear pipes—early kinds of hearing devices—and a prompt box that was placed on Beethoven’s grand piano to amplify the sound.