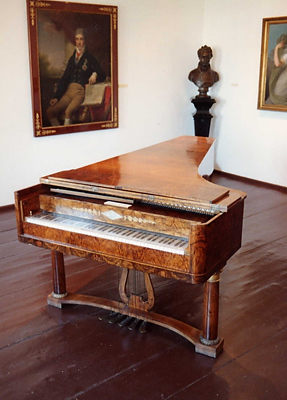 In the summer of 1800, Beethoven took quarters for himself and a servant in a house in the village of Unter-Döbling, about one hour walk from Vienna City Center. Beethoven habitually escaped the oppressive heat of the inner city during the summer month, concentrating his energies on composition. Apparently, he took quarters in the farmhouse of a peasant who had a reputation for drunken- and unlawfulness. As it happens, his landlord also had a remarkably beautiful daughter, who also had managed to gain a bit of a reputation. The anecdote reads that Beethoven was greatly captivated by her beauty and made it a habit to stop his walk and gaze at her when she was working in the farmyard or the field. I suppose, we would call it stalking nowadays! The woman, however, could have cared less for Beethoven’s admiration, and openly laughed at his advances. 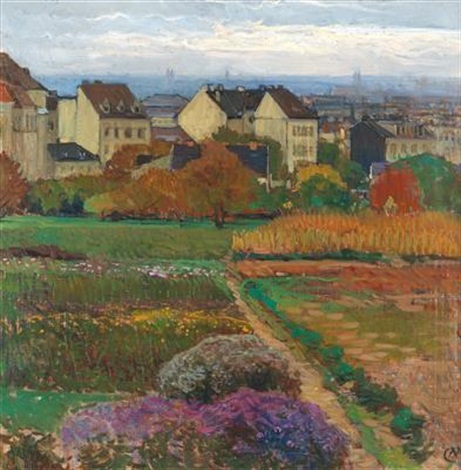 One day, her father was arrested for engaging in a brawl and imprisoned. Hoping to impress the daughter, Beethoven went to the magistrate as an eyewitness to obtain his release. However, other witnesses came forward and refuted Beethoven’s telling of events, with the result that the farmer was forced to stay in jail. Beethoven, it is said, became very angry and abusive and was in danger of being arrested himself. A number of friends came to Beethoven’s aid, and convinced the magistrate of Beethoven’s position in society, his influence and the power of his aristocratic friends. Having thus escaped jail, Beethoven set to work and drafted parts of a concerto for piano and orchestra. Scored in c-minor, the work was still unfinished when Beethoven gave the premiere three years later. It took Beethoven another year to write out the piano part, and the work first appeared in print in 1804. The 3rd piano concerto is arguably the first of his five piano concertos to sound like mature Beethoven, and it is at least feasible to speculate that it was inspired by his infatuation and ultimate rejection by the Döbling farmer’s daughter.