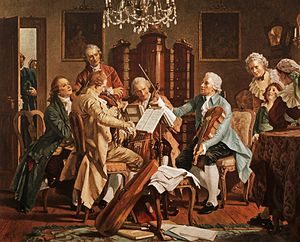 It’s difficult to escape COVID-19 these days. With new cases and emerging hot zones identified nearly every day—not to mention the rising death count of those who have succumbed to the virus—this outbreak is starting to frustrate medical practitioners, health agencies and the general public. Misinformation and rumors are flying thick and fast, schools have been closed, public events canceled and quarantine requirements established that restrict international travel. A number of cities have been summarily locked-down, and they now essentially resemble some post-apocalyptic horror visions of humanity. And a good many of us have been told to stay at home, avoid going near other people, and to not engage in social activities that are part of our daily lives. If the pandemic caused by COVID-19 isn’t enough to depress you, sitting home and staring at the walls will certainly get you. And while there is no foreseeable medical solution to this viral emergency, we at Interlude can at least take you on various musical journeys that will pass the time, provide some much-needed enjoyment and distraction, and lift your spirits. 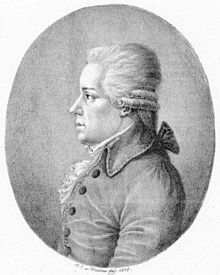 “No other form of music,” as Sir William Henry Hadow wrote, “can delight our senses with such exquisite beauty of sound, or display so clearly to our intelligence the intricacies and adventures of its design.” You might rightly have already guessed that Sir Henry was talking about the string quartet. That particular form of musical expression became the most influential chamber music genre of the Classical period. And in the incredibly creative hands of Joseph Haydn, the string quartet underwent an evolution that is currently still ongoing. Haydn just loved a dense contrapuntal texture that was based on continual expansion and development of motives, and just listen to the fanciful harmonic relationships that seamlessly wander from one key to the next. This music was addressed to a small group of cultivated music lovers, and therefore, Haydn could present his most private and personal thoughts. 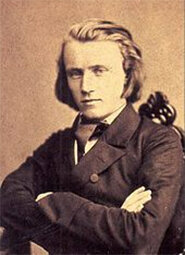 Carl Ditters von Dittersdorf (1739-1799) was a contemporary of Joseph Haydn. In his day, his popularity was said to have rivaled Haydn, Gluck, and Mozart, and during his long and industrious career he composed roughly 120 symphonies, 45 operas and countless sacred and chamber works. Soon after meeting Haydn, who quickly became his best friend, Ditters associated with the best and most famous musicians in Vienna. Haydn and he, both playing violin, soon joined Mozart on viola and Ditters’ student Johann Vanhal on cello, playing string quartets by both Haydn and Mozart! He was hired by the Austrian Empress as violinist in the Imperial Theatre orchestra, and he subsequently functioned as its composer. Ditters loved a good concerto, and composed a good many of them for a variety of instruments.


In the summer of 1854, Johannes Brahms was staying in Düsseldorf to help Clara Schumann and her children. Her husband Robert had attempted suicide and subsequently been institutionalized. Doctors were adamant that husband and wife should be kept apart, and Brahms became the messenger delivering letters, news and more intimate communications from one to the other. Brahms was a rather sensitive sort, and he was quickly torn over this friend and mentor’s fate while simultaneously his own feelings for Clara began to blossom. It was within this period of anguish and joy that he set to work on a number of short character pieces. The Ballades Op. 10 are influenced by the tradition of vocal settings of narrative poetry, and Brahms created wordless dialogues that effectively function as intimate tone poems.