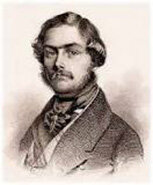 “The Pianistic God of Thunder”

Countless highly talented individuals populate the musical universe, but very few get immortalized in poetry. But that’s exactly what happened to the Czech pianist and composer Alexander Dreyschock (1818-1869). The prolific Danish author Hans Christian Andersen (1805-1875), known for his plays, travelogues, novels, and poems, but hugely famous for his fairy tales, heard Dreyschock perform in Copenhagen in 1856. That concert was a huge success and was attended by the Danish King Frederik VII, who presented the pianist with a box of cigars wrapped in bank notes as a thank you. Andersen and Dreyschock subsequently shared a train compartment for Kiel in Germany, “pressed down in our seats at the maddening speed of 35 kilometers per hour,” as Andersen writes. And as mentioned earlier, he also had something poetic to say about Dreyschock’s pianistic abilities.


He – like a ruler – commands over the strings,
Flow – wealth of tones – make solemn us – or glad!
Now like orchestral sounds we feel he to us comes,
Then – like the feet of elves on rosen petals dance. 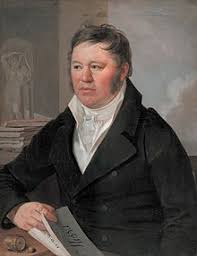 Dreyschock was born in the Bohemian town of Žáky and his musical aptitude was recognized almost immediately. He performed publically at the age of 8, and went to Prague in 1833 to study the piano and composition with Václav Tomášek. By the age of twenty, Dreyschock undertook his first professional tour in December 1838, performing in various northern and central towns in Germany. And he already had his most famous technical stunt in his repertoire. It involved playing the left-hand arpeggios of Chopin’s Revolutionary Etude in octaves instead of single notes. Apparently, Dreyschock had practiced twelve hours a day for six weeks to accomplish this feat. Contemporary observers report that he played it in correct tempo, and it is known that he programmed it in all of his recitals. It astonished Mendelssohn when he heard it in Leipzig, and apparently it made even Liszt feel uneasy.

J.B. Cramer, who heard Dreyschock perform in Paris, exclaimed, “The man has no left hand! Here are two right hands!” It’s been said that Dreyschock had the most phenomenal left hand in the history of music. And he certainly had his critics. Hans von Bülow called him “a mechanical machine, the personification of a lack of genius all packaged within the exterior of a clown.” The German poet Heinrich Heine was on hand for Dreyschock’s Paris debut and wrote, “He makes a hell of a racket. One does not seem to hear one pianist Dreyschock but “three shocks.” Since on the evening of his concert the wind was blowing south by west, perhaps you heard the tremendous sounds in Augsburg. At such a distance their effect must be agreeable. Here, however, in this Department of the Seine, one may easily burst an eardrum when the piano-pounder thumps away. Go hang yourself, Franz Liszt! You are but an ordinary wind god in comparison with this God of Thunder!” Dreyschock was rightfully proud of his unique octaves and he would thunder them out at every opportunity, assuring large fees for his public appearances. Yet even Mendelssohn had to concede that at times “Dreyschock played so beautifully that you fancied yourself in the presence of a great artist.”

Dreyschock toured extensively, visiting Russia (1840–42), Paris (1843), London, the Netherlands, Austria and Hungary (1846), as well as Denmark and Sweden in 1849, and everywhere he performed, he caused a sensation with his phenomenal technique. Anton Rubinstein appointed him to the prestigious post of professor of piano at the newly opening Conservatory of Music in St. Petersburg in 1862. Dreyschock was also employed as Court Pianist to the Tsar as well as Director of the Imperial School of Music for the Operatic Stage. He remained on duty in this dual position for the better part of six years, but the Russian climate did not agree with his delicate health. Dreyschock retired to Italy in 1868, but died of tuberculosis 150 years ago at age fifty in 1869 in Venice. Sadly, his compositions, which formed a substantial part of his performance routine, had no lasting success.