Wolfgang Amadeus Mozart could not have known that his time in Paris in 1778 was about to take a tragic turn. He reports to his father “my dearest mother is very ill.” Suffering from shivering and feverishness, diarrhea and headache, they called on a physician to administer a bloodletting. This seemed to work at first, however, when the symptoms returned they tried a couple of home remedies. Mozart reports that they gave her “antispasmodic powders, and then we would gladly have had recourse to black powder, but we had none, and could not get it here.” 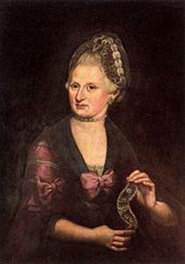 Her condition rapidly deteriorated, and she could hardly speak and also lost her hearing. They consulted another doctor, but Mozart’s mum remained weak, feverish and delirious. Although the doctor gave them some hope, Mozart was already resigned. “I am quite reconciled to the will of God,” he writes, “and hope that you and my sister will be the same. What other resource have we to make us calm…knowing that it comes from God, who wills all things for our good, and no doctor, no man living, no misfortune, no casualty, can either save or take away the life of any human being—none but God alone.” 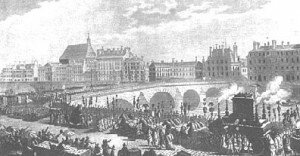 Despite his mother being in a dire state, Mozart had other things on his mind as well. For one, he composed a symphony for the opening concert of the Concert Spirituel, which was performed to great acclaim on Corpus Christi day. Although the performance turned out a critical success, Mozart had been very apprehensive during rehearsals. 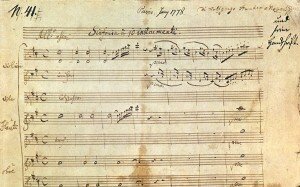 He writes that the orchestra “scraped and scrambled through my symphony twice over; I was really very uneasy, and would gladly have had it rehearsed again, but so many things had been tried over that there was no time left.” Mozart was rather angry and threatened to take the violin out of the hands of the first violin M. La Haussaye and lead the performance himself. In the event, the symphony was well liked and the audience demanded that the opening movement be repeated. Mozart was in an upbeat mood and passed on to his father the news that “the ungodly arch-villain Voltaire has died miserably like a dog—just like a brute. This is his just reward.” As a devout Catholic and struggling to come to terms with the impending death of his mother, Mozart could simply not understand why Voltaire almost summarily rejected Christian doctrine.