Throughout his early years, Wolfgang Amadeus Mozart was teamed up with his older sister Nannerl to entertain audiences with music for piano four-hands. And not entirely unexpected, he composed a number of works for himself and his sister. However, once he left Salzburg for Vienna his production for this medium abruptly stopped. It was not until 1 August 1786 that he issued another work for piano four-hands. The reason Mozart came out of retirement, so to speak, is probably connected with his teaching activities. Possibly written for himself and an advanced student, the Sonata K. 497 explores the limits of the instrument and provides for technically demanding parts for both players. Both performers are given independent and equally important parts, and the ensuing musical dialogue could easily have originated in the orchestral or operatic repertoire. 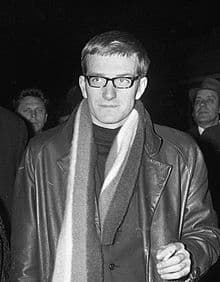 Dmitri Shostakovich wrote the brilliant and virtuosic Concertino Op. 94 for two pianos in 1953. He had just completed his Tenth Symphony, a composition that attracted great attention, as it was his first work written after Stalin’s death. And not entirely unexpected, it immediately spawned heated controversies among Soviet composers and musicologists. The Concertino, on the other hand, is a quiet and private work. It was written for his sixteen-year-old son Maxim, a student at the Central Music School in Moscow. Maxim premiered the work with his fellow student Alla Maloletkova in January 1954 in the small concert hall of the Moscow Conservatory. Unofficially, this concert served as Maxim’s entrance examination for the Moscow Conservatory. And as you might have guessed, Maxim was officially admitted in the same year. 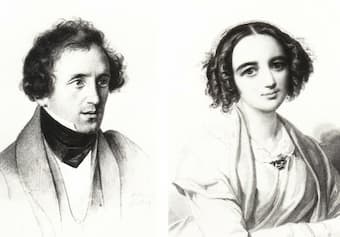 Throughout the 19th century, piano music for four hands played a significant role in the home. Since larger ensembles could only be afforded by the upper classes and the aristocracy, the possibilities for the cultivation of music in the home ended with chamber music. And in an age with no means of sound reproduction, salons everywhere sounded with arrangements of works originally written for larger ensembles or the operatic stage. Publishing houses were keen to provide the musical amateurs with such arrangements, but they also issued original compositions for home use. The Mendelssohn family rigorously cultivated musical performances in their salon, and when it came to music for piano four hands, Felix and his sister Fanny would be called upon to entertain family and friends. However, Felix and Fanny did not premiere the Andante and Allegro brillante, Op. 92. Rather, it first sounded at the end of March 1841 performed by Felix Mendelssohn and Clara Schumann. 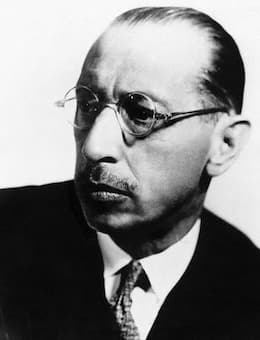 The Sonata for Two Pianos by Igor Stravinsky premiered in 1944, and it is considered one of the composer’s most important works for two solo pianos. However, it took Stravinsky the better part of 2 years to finalize the overall shape of the piece. On 12th August 1942, Stravinsky began to orchestrate parts of a first movement of what might reasonably have become a film score. He continued to work on the score by adding more instruments, and he also sketched a third movement. Still unclear where this project would take him, he set it aside. More than a year later he drafted a theme and variation movement, which occupied him for the better part of five months. With three movements finally in place, it was probably Nadia Boulanger who convinced him that the “long lines of the music were more suited to the two-piano combination than to any instrumental ensemble.” And it was Nadia Boulanger and Richard Johnston who eventually introduced the work to the public.