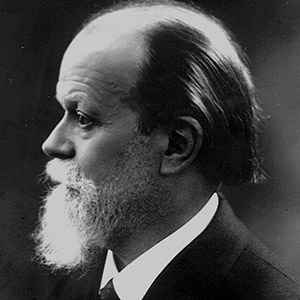 Jules Mouquet (1867-1946) studied at the Paris Conservatoire and after winning the Prix de Rome in 1896, became a professor at the Conservatoire in 1913.

In the early 20th century, Mouquet wrote his lovely flute sonata, La Flûte de Pan. It shows his late Romantic and Impressionism influences, particularly in its choice of subject matter. The ancient Greek god of the mountains, the shepherds and their flocks, with his nymph followers, Pan, was always shown with his pan flute. Half goat and half man, like a satyr, with his human head adorned with little horns, Pan has an association not only with the wild but also with music. 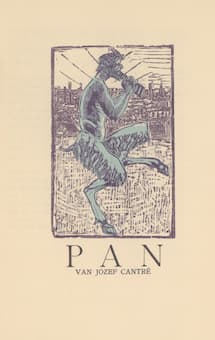 Pan and the Shepherds takes us up into the hills. In the score, a small poem is presented:

Mouquet gives us 2 different musical themes, the first is rhythmic and playful and gives us a picture of the mountain rising above and the shepherd moving his flocks. The second theme, marked ‘Dolce e pastorale,’ gives us Pan and his pipes – sweetly singing. 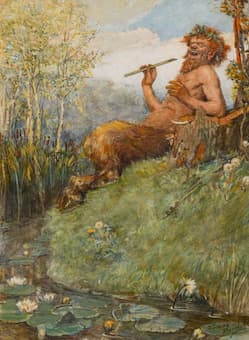 
The second movement also begins with another epigram:

Now we have a dialogue between Pan and the birds. The music becomes pensive, perhaps reflecting the solitude of our little god in the lonely woods, with only the birds to sing to.


Plato is the source for the epigram for the last movement:

Silence, shady oaken glades! Silence, fountains sprouting from the rocks! Silence, sheep bleating near your young! Pan himself sings with his harmonious pipe, he has placed his moist lips on the set of reeds. Lightly treading around him, the water Nymphs and wood Nymphs dance together.

The nymphs dance and Pan provides the accompaniment and thereby mixes the nymphs’ personification of nature with the god of the wild. The dance sections are interrupted by languorous sections of sleep or passion before the dance starts again.


As a virtuoso platform for the flute, La Flûte de Pan, gives the performer an extended stage for showing what the instrument and the player can do. Originally written for flute and piano, the work was reorchestrated for flute and orchestra, which casts rather a different feeling about the work. For example, in the last movement, the orchestra can do much more with colour, but at the same time, the flute has to fight harder to be heard. 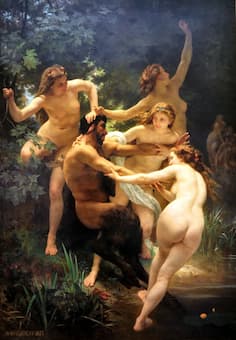 
The French Flute School that came out of the Paris Conservatoire, either from the influence of Paul Taffanel or from other flautists, was very important from the late 19th through the mid-20th century. Taffanel was important for bringing the flute back into the mainstream, and for bringing older musical styles into French musical culture. Mouquet’s contribution, although on the light side, shows how the flute in France became a powerhouse instrument. Mouquet’s Flute Sonata is called one of the most famous sonatas by a composer who is otherwise unknown.