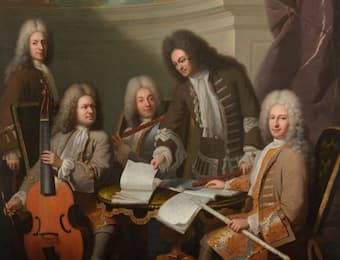 We tend to think of lots of classical music as being set in stone, as always having had that form or those notes in those places; what we often forget is that music is the result of a process of collaboration. With classical music, people see the score descending from the heavens, perfectly formed, only concerned with the finished product of the notes, the job of the musician then being to interpret them and create a performance, a dialogue with the audience.

The performance of music isn’t the only dialogue, however. Before you get to the point where the musician is in front of an audience there often has been another communication: a long back-and-forth between composer and performer, each helping to shape the idea of a piece long before anyone gets to hear it publicly. 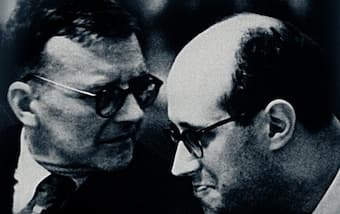 The most obvious example of musical collaboration in the past is the idea of the concerto, the composer writing a piece with a specific soloist in mind. There are certain pieces throughout history that seem almost inextricably linked to their debut soloists – Mozart’s Clarinet Concerto and Quintet and Anton Stadler, and Shostakovich and Rostropovich in the cello concertos are just a couple of examples. While I’m sure the amount of communication varied from composer to composer (perhaps some pieces just dropped on the doorstep without even a ‘hello’), music never existed in a vacuum, and still doesn’t today. 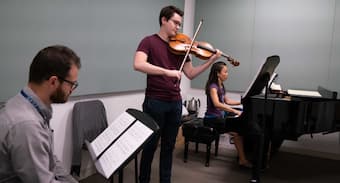 Nearly every single piece that comes through the doors of The Hermes Experiment, for example, is a new commission, and part of the process of commissioning is being in a dialogue with composers, looking through scores, suggesting edits (within reason!), giving feedback on what works well and what doesn’t, helping them and using your unique knowledge of your instrument to shape their vision of the piece.

We shouldn’t see older music as some perfect untouchable object, just as we shouldn’t with new music nowadays. It was written by real people, with real ideas, passions, fears, and doubts, and I like to think that this has been happening all throughout music history, that pieces we see as immovable pillars of the repertoire were once also part of a dialogue between composer and performer, that at one point they were fluid and uncertain, that a composer struggled with a particular corner or couldn’t decide how to voice a chord or finish off a movement.


I like to think that this will never change, and while we can’t drop Ravel an email to ask about the phrasing in his piano concertos or phone up Puccini to enquire into the tempo of Tosca, they would have been there, advising, suggesting, editing and deciding things just in the way we do now.