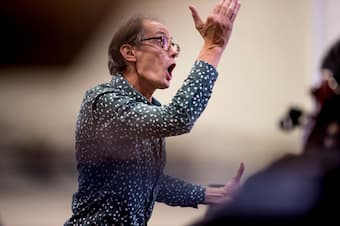 It can be hard to describe someone who is a conductor, a pianist, a mentor and a music director. But with so much experience in arts organisations in Australia, most recently as the Artistic Director of the Canberra International Music Festival (CIMF), and in his home country of Belgium and other countries, Maestro might be most fitting.

Tell us a bit about yourself, Roland?

You should know that I was not raised in a musical household, nor did I come from a musical community. But at ten, I found the only person in our village who knew about music: the bandmaster. I knocked on his door and asked him to teach me music.

Perhaps the second thing to say is that my parents were children of the depression and had lived through World War II. They did not have the good fortune of an education but wanted something better for their children. So, I received a broad education, however, my musical upbringing was anything but straightforward for sheer lack of guidance. 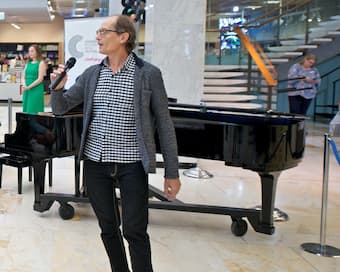 Why music, Roland? Why not medicine, finance or politics?

When I started boarding school, I heard the choir sing, and that was it. One week later, I was singing in that same choir. I was smitten. A few years later, as a teenager, I rebelled against the methods and rigour of my general education and the surrounding cultural constraints of a catholic education and this provincial conservatism that I encountered around me. By that stage music had opened up an entirely different world, something intangible and abstract for sure but with a very tangible social-economic dimension.

This is what I have been trying to explore ever since. At the time it was a kind of refuge, a way of developing an inner life that could be rich and creative. For a time, it also became a sublimator, i.e. an escape from aspects of my life I was not ready to confront. Over time though, it gave me a career that dealt with many different aspects of music-making. But the most direct answer to your question is probably the simple fact that at 15, there was no doubt in my mind about wanting to be a musician, at any cost. It’s called ‘obsession’!

Is there a particular style of music that you are drawn to more than others? 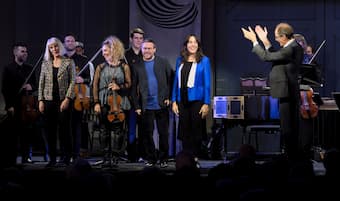 As a youngster, I would have jumped at this answer with great passion. No music is out of bounds for me now. I am still drawn to the human voice and vocal music – the way words change sound, and the way sound can change a word. It’s infinitely fascinating.

As a teenager, I fell in love with Schumann – and I still am – but now I could just as enthusiastically talk about Monteverdi, or Brazilian tropicalismo, or French chansonniers, or modern spectralism. I have always actively engaged with contemporary music – you could say I am a frustrated composer – and that means you have to be open to the unknown. All those years I led The Song Company, I delved into Renaissance polyphony with great relish and discovered a vast and hugely sophisticated field of music-making, another great unknown in my view.

I must confess a great attachment to Mozart, both the complexity of his music as well as the particular challenges and opportunities he presents to a performer. Neither are obvious, but essential to come to terms with if you want to avoid chocolate-box Mozart. With this year’s CIMF focus on Vienna, I have allowed myself to indulge in Mozart, while being careful not to get too closely involved. For this year’s CIMF, Mozart is entirely in the hands of period specialists: the Australian Romantic and Classical Orchestra.

Where do you feel most at home, conducting, directing or playing? 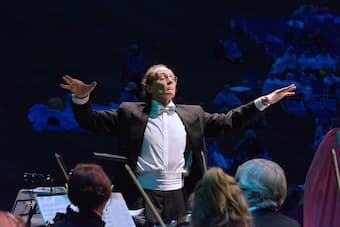 Roland Peelman conducting in Voices in the Forest 2014 © Peter Hislop

I have always considered myself a ‘reluctant maestro’. For many years I struggled to deal with what that meant, and the wide expectations that come with leadership positions. The word maestro is a relic from a bygone era when the ‘master’ was in charge – long before egalitarianism slipped into our existence. Our musical institutions still reflect that old militaristic hierarchical model. In opera companies the word is still used as a reference to the past, “maestro, this is your call to the pit!”– but not without irony I should say, since production values and director’s choices are often the defining factors in opera performance these days. FYI, there is a fabulous Belgian artist who coined his stage name by inverting the two syllables. His name is Stromae.

What else do you do outside music?

Well, I love yoga, domestic chores like cooking and of course I do a lot of reading. But I should add that I enjoy living life in the fast lane. That doesn’t mean partying and jet setting, though I do miss travelling now. I mean things like fast walking, which keeps me fit. For most people, I walk way too fast (except in Hong Kong, perhaps?). For me, walking gets the juices flowing. Fast thinking and often fast decisions as well. When dealing with multiple people and groups and multiple scenarios, slow thinking leads to paralysis.

What are your musical plans for the future?

COVID-19 has brought me back to the piano. By virtue of being home, I’ve had more time to practice and learn new repertoire. As a result, I will be more active giving recitals in the future, both solo, as an accompanist and in chamber music, but obviously, I will continue to conduct ensembles, vocal groups, orchestras. Like wine, we maestros tend to get better over time. And I have several more years up my sleeve as a festival director.

As there’s still so much to be said about classical music, old and new, I am also planning to do some serious writing. My long term association with ensembles and now with the festival has given me opportunities to research and write. The audience in Canberra is unusually smart and well informed. It is wonderful to be working with musicians who are responsive and for audiences who are equally generous with their feedback.