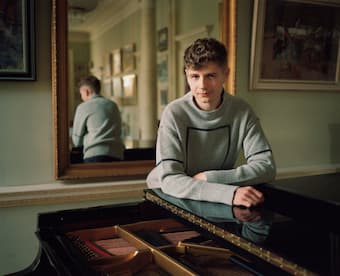 What is it about the Goldberg Variations which gives them such an enduring appeal? Two new recordings have been released in as many months, by two leading pianists of the 21st-century, yet each quite different in their approach. Maybe it is because Bach gives few performance directions, a lack of specificity which allows performers the freedom to make personal choices about the interpretative possibilities of this music. This is certainly true of these two new recordings.

Lang Lang’s Goldbergs, released in September by Deutsche Grammophon as a double album of studio and live recordings, is bright in sound and lavish in presentation. Some of the tempi are questionable, with elastic rubato stretched just a little too far, presumably intended to convey meaning or deep emotion, and the faster variations are rather showily bombastic. Listening at home, it feels like an extrovert and spirited concert performance, occasionally just too declamatory (though one can of course turn the volume down a notch or two!), but I have to admit that overall I enjoyed Lang Lang’s Goldbergs. There’s a freshness in his approach and he manages a singing tone with a bright, colourful piano sound, and I take issue with those who have suggested that he should not touch this music, which enjoys such an elevated status in the canon of keyboard music. In my view, the music is there to be played, by anyone who chooses to play it, and Lang Lang makes a good case for being considered a serious musician, rather than a flamboyant showman (in fact, he is both) with his recordings of the Goldbergs. 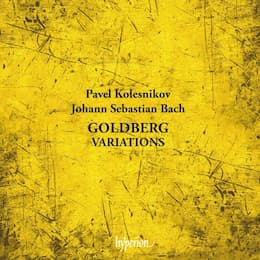 At the other end of the spectrum, musically and presentationally, is the young Russian pianist Pavel Kolesnikov, whose concert performances and recordings are imbued with a special sensitivity and emotional intelligence. Modest in mannerisms and presence, Kolesnikov could not be further from Lang Lang. Rightly described as a “poet” of the piano, he can nuance his touch and dynamics in such a way that the slightest shift in sonority speaks volumes in terms of mood and narrative.

With these qualities to his playing, it is no surprise that Kolesnikov’s version of the Goldbergs is rich in intimacy, reminding us that this music was, it is said, composed to be enjoyed at nighttime, a salve for the insomniac Baron (later Count) Hermann Carl von Keyserlingk, Russian ambassador at the Dresden electoral court. The famous opening Aria barely announces itself, gently insinuating its simple, elegant melody into the ear and the consciousness. In Kolesnikov’s hands it’s a miniature study in elegance and other-worldly serenity. A calmness flows through the music, setting the tone for the entire work. Even in the up tempo or more lively variations, where there is palpable drama and robustness, Kolesnikov still retains an underlying sense of measured thoughtfulness.

But for me it is his touch which really captivates and delights: filigree ornaments and trills, passage work in which his quicksilver fingers appear to float across the keys, yet without losing definition. His textures flicker in and out of focus – now crispy defined, now delicately veiled and muted, yet throughout there is clarity of articulation, structure and musical vision. 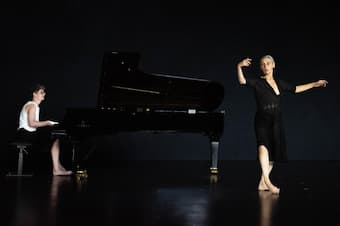 And there is one particular moment which really stops you in your tracks – and may have Bach purists clutching at their pearls. Did he really do that? Variation 30 segues from the one before it in a bloom of sound, the sustaining pedal creating an unexpected and intriguing extra sonic layer before fading away to allow the Aria to return like a memory of times past.

This recording is the result of Kolesnikov’s collaboration with dancer and choreographer Anne Teresa de Keersmaeker, and the spirit of the dance, which infuses so much of Bach’s music, is never far away in the delightful playfulness of Kolesnikov’s approach to Bach’s rhythms and counterpoint. This is an exquisitely tasteful and original account, recorded on a modern Yamaha grand piano on which Kolesnikov manages to recreate the softly-spoken sonorities of a clavichord or fortepiano (in preparing for the recording Kolesnikov worked on a number of different instruments “switching between them, in order to loosen up a little, to shake up my perception of sound of piano“.

What these two recordings prove – and the many, many others which exist – is that the Goldberg Variations is music without consensus: there are clichés about how Bach’s music should be played – from the period instrument zealots to the iconoclasts – and traditional views about how it should be played on the modern piano, but in fact there is no “right way”, nor who should play it, and the Goldberg Variations remain extraordinarily fertile terrain for those who choose to walk there.