In Tune Arts
When the Ear Meets the Eye
Music Composers Who Drew Inspirations From Visual Arts…
by Doug Thomas October 12th, 2020

Music is, to many people, very abstract. It is the only form of art that is a language of its own, and oftentimes it is difficult for the common listener to understand the true message of the composer without a deep knowledge and study of music. On the other hand, visual arts are very intuitive and direct. They are based on one of the most comfortable of our senses, the sight. Luckily, music and the visual arts have for many centuries enjoyed collaborating together. Indeed, many artists have used music to illustrate their arts, and reciprocally many works of art have inspired composers in their music. 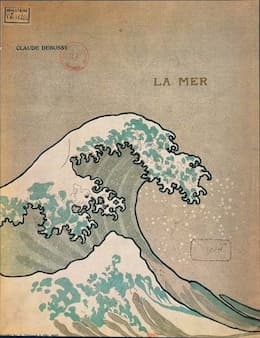 The transition between the 19th century and the 20th century brought the Eastern Asian culture to the Western world. Thanks to the Exposition Universelle of Paris of 1851, many (French) artists have discovered and improved their knowledge of Japanese art; this includes Vincent Van Gogh, and Camille Claudel, and in music of course, Debussy. His orchestral work La Mer takes direct inspiration in Katsushika Hokusai’s “The Great Wave off Kanagawa”. The composition of it first started in France, was however achieved across the channel, in Eastbourne; two different landscapes from the initial Pacific inspiration. Nevertheless, it is thanks to the original print that Debussy achieved one of his masterpieces and a model of descriptive music. 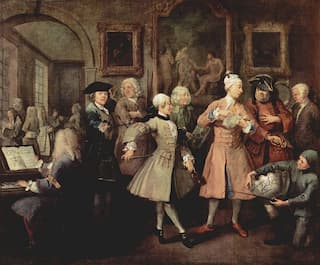 Stravinsky’s career has displayed three main eras: a Russian period, a neoclassical period and a serial period. During the neoclassical one, the composer returned to the music of the Classical era — the 18th century — and its former inspiration — the Greek world. His influences extended to the world of visual arts, and specifically with the English painter William Hogarth. His series of paintings A Rake’s Progress are the main inspirations behind Stravinsky’s opera of the same name. A work in English, scored for a classical orchestra and premiered in Venice’s Teatro La Fenice. It is now considered a milestone of 20th century modern opera. 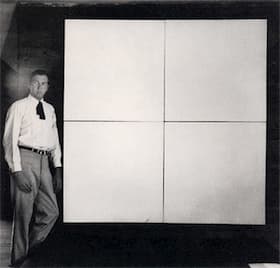 Robert Rauschenberg and Cage have both moved away from the traditional artistic techniques in favour of a more experimental approach to art. The American artist has revolutionised the world of visual arts with his monochromatic paintings, including his White Paintings. Appearing as empty or blank canvases, the works reduce painting to its simplest and purest form. What Cage saw in these were “airports for the lights, shadows and particles”. In other words, pieces of art that are influenced by the ever changing environment. The work of Rauschenberg has influenced Cage for his most emblematic piano piece, 4’33”; a work that is similarly made of apparent silence — the pianist is instructed not to play anything —, reflecting the sound and atmosphere of the concert hall, the resulting noises and human behaviours. 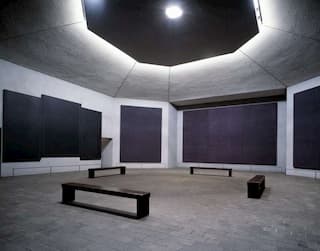 Inside the Rothko Chapel © www.chron.com

Feldman was influenced a lot by Cage, especially in his approach to indeterminacy in music and musical notation. And similarly to him, he found inspiration in the paintings of the abstract expressionists. One of his most famous piece is entitled Rothko Chapel; scored for soprano, alto, choir, percussion, celesta and viola — a particular orchestration on its own —, the piece takes inspiration from the building of the same name in Texas, that holds fourteen of Mark Rothko’s huge colour-hued paintings, singles and triptychs. It is of course very evident how both pieces relate to each other; not only in the choice of colours (including in the harmony, the melody and the orchestration) but also through a simplicity that announces minimalism in music; a reduced tempo and elongated musical phrases.

The inspiration goes both ways… Wassily Kandinsky is famous for having taken influences from the musical world in his works and Paul Klee’s 1925 May Picture is a visual translation of the counterpoint of Baroque music.

More in my next article, “When the Eye Meets the Ear”.