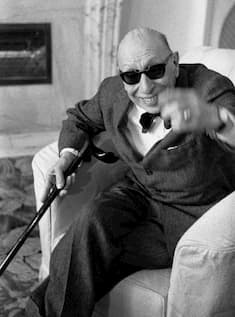 Artists are taught tradition in order to innovate. While there are some discussions about tradition and innovation, they are both essential to the wellbeing of art, to progress and continuity. I like to think that one looks at the past, while the other at the future, and both shape the present. And like the future eventually becomes the past, innovation often ends up becoming tradition.

In music, Stravinsky is a great example of how tradition and innovation interact. Throughout his career, the Russian composer has constantly alternated between following in the footsteps of his predecessors and opening new creative routes. He is known for a body of work characterised by a Russian period, with experimentation, a neoclassical period, a return to the past, and a serial period, directed towards the future. 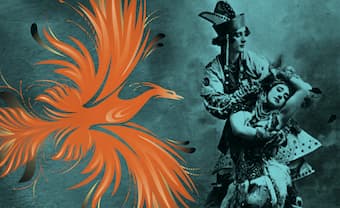 Tradition is widely defined as a belief or behavior passed down within a society with special significance with origins in the past. In art and music, it refers to the systems, repertoire, techniques, style and culture that is passed down through subsequent generations. In other words, tradition forms the basis of a musician’s educational journey. If music is a language, then it is essential to learn what the others have said and written before.

That really is what Stravinsky has been following throughout his three periods. In his Russian period, he took inspiration from both his predecessors and contemporaries, such as Rimsky-Korsakov — in The Firebird — and Debussy, as well as traditional and folk Russian music, through Tchaikovsky — with Petrushka. During his neoclassical period, he used traditional forms — the concerto grosso, the fugue, the serenade, including his Serenade in A etc. — and based his music on Greek mythology.

Innovation is the creation of new ideas or things. It is forward looking, and is driven by curiosity — what if — rather than stability. In art and music, it is not only associated with creating new works, but expanding on existing material and ideas. There have been many words associated with innovation; modernism, contemporary, avant-garde etc.

Stravinsky is of course mostly well-known for having fueled the locomotive of music. It is during his Russian period that his music would provoke riots — The Rite of Spring — and strong reactions. In his serial period, Stravinsky discovered dodecaphony and the music of Schoenberg, and experimented with tone row and twelve-tone series — Canticum Sacrum. Stravinsky is one of the 19th century’s greatest innovators, through his use of both rhythm and harmony, and his identity is instantly recognisable and distinct from other composers.

Igor Stravinsky with Vaslav Nijinsky in costume for Petrushka. © Wikipedia

Tradition is essential, it carries the culture, generation after generation. It allows an artist to acknowledge what has come before him, and provides him with a context in order for him to develop his originality and creativity.

Innovation is necessary too, it keeps the ball rolling; without it, art would stagnate and repeat itself endlessly, with no progress.

Stravinsky is a great creative example to follow. His whole career has been built on acknowledging his cultural heritage and what surrounded him — The Five in his native country or the music of Debussy in the country that adopted him — and trying to place his music in new contexts, new experiences.

Eventually, what has provoked a riot during its premiere, is now textbook and object of admiration.