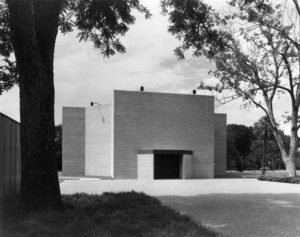 In the middle of Houston, Texas, lies a point of solitude. Given the title of a chapel, it’s a place for spiritual matters, but at the same time, it’s a gathering place for world leaders seeking solutions that will culminate in peace.

The Rothko Chapel was created by founders John and Dominique de Ménil. The building’s first architect, Philip Johnson, left after clashes with Rothko and the work continued under Howard Barnstone, and Eugene Aubry. 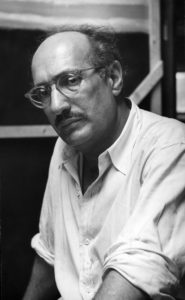 It was left to modernist artist Mark Rothko to fill the inside.

Associated with both the American Abstract Expressionist movement in the 1950s and with the Color Field Movement in the 1960s, he denied his work fell into either camp. After seeing his work for New York’s Four Season’s Hotel in the late 1950s, the de Ménils commissioned Rothko in 1964 to fill their building. 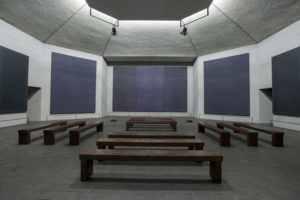 This he did with 14 paintings developed after 2 years of work. Seven canvases are hard-edged black rectangles on maroon ground, and 7 purple tonal paintings. Three are tryptics. Rothko was considered to be at the height of his career when he was commissioned, and, unfortunately, also at the end of his life, dying in 1970 before the final installation of his work.

In addition to being inspired by Rothko’s work for the Four Seasons hotel, the de Ménils had also toured Europe in the summer of 1952, looking at the modern churches that held works by Fernand Léger and Henri Matisse. Léger’s work for the tiny Church Sancellemoz in Assy, France, completed in 1950, is part decoration for the church that includes 15 of France’s greatest modern artists, including Bonnard, Roualt, Léger, and Lurçat. Matisse’s work appears in the Chapelle du Rosaire in Vence, France, on the French Riviera. For the Matisse Chapel, the artist designed everything from the architecture, the interior furnishings, murals, stained glass windows, and the priests’ vestments. The de Ménils commented ‘We saw what a master could do for a religious building when he is given a free hand. He can exalt and uplift as no one else.’ 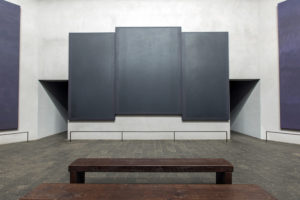 Just as Rothko’s building is a place of timeless reflection, so Feldman’s work brings forth the elements of stillness, silence and contemplation inherent in the place.

Feldman was not the only musician to use the chapel for inspiration. In 1999, the pop artist Peter Gabriel wrote his song ‘Fourteen Black Paintings’ after his visit to the chapel.