Would you rather spend a lifetime in front or behind creative peak? 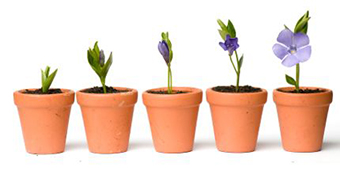 Mozart, born in 1756, and perhaps the most well-known classical composer — dueling with Beethoven — died at the age of thirty-five. In such a short lapse of time, he wrote over six-hundred works including symphonies, operas, choral music and chamber music. Much of his work is considered a pinnacle of classical music artistry. However, and similarly to Bach, Mozart never achieved new creative challenges — what Beethoven would do a few decades after him — and rather stayed within reflecting and solidifying the canons of his time.


Saint-Saëns, born in 1835, is less well-known than Mozart, but characterised as the most remarkable child prodigy in history by the music critic Harold Schonberg. He died at the age of 86, leaving behind countless symphonies, operas, concerti, suites as well as choral and sacred music. His work has been of considerable influence on both his contemporaries and his followers. However, Saint-Saëns, very much like Mozart, always refrained from moving away from conventional classical traditions.

As prodigies, both composers had perfect pitch and had displayed young talents to the amazement of the public; Mozart’s first symphony was written at the age of eight, while Saint-Saëns would play Beethoven entire thirty-two piano sonatas from memory. 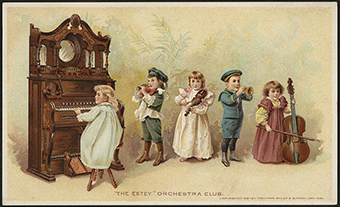 Some other musicians differentiate themselves by either joining the composers club later in life — or after former professional errands — or by either finding true creative success after numerous attempts. Famous examples include Verdi, Franck, Janáček, Bruckner, Wagner, Glass…

Wagner, born in 1813, is well-known for his operas and taste for grandeur. He died at the age of seventy and left behind him monuments of music that would influence composers up to today. Had he not succeeded in music, Wagner would have been a writer, which reflects in why the inventor of leitmotivs wrote his own librettos and paid so much attention to the literature behind his music and the narratives behind his musical sentences.


Glass, born in 1937, is known to have waited until his fourth decade before having the benefit of spending his time exclusively on music composition and performance. He has written a large amount of operas and theatre works, as well as symphonies, concertos, string quartets, chamber music and countless film scores. His musical personality well developed over time, is hugely recognisable, and has influenced many — as well as having raised controversies. Anecdotally, as a taxi driver (one of his former day jobs), Glass used to bring his customers to his own operas.

In the case of these two composers, it is time that has allowed for the personalities to emerge and turn into distinct musical personages. Wagner’s grandeur would have not developed had the composer not met other artistic disciplines — such as literature and philosophies — whilst with Glass it is the constant battling against the critic that has allowed him to foster his minimalistic sound. 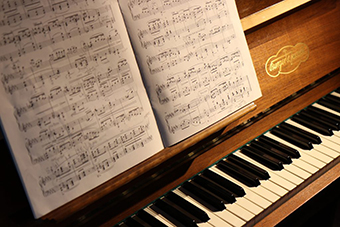 In a previous article, Musical Meditations, I mention the discipline of the musician and the patience in front of the long journey that awaits until success is reached.

There seems to be more early-bloomers in music than in any other arts. A question that subsides however is, what is success and how important is the recognition of others to define success; musicians are often recognised for their works long after it has been created, and at times long after their death. Therefore when it comes to public success, early and late-bloomers are a thing. However, when it comes to personal successes, they happen at any stage of a musician’s career. I often compare the formation of a(n artistic) career to the one of a building. It takes time to get the foundations right, then slowly expand until the edifice is built and functional — in order to create more. It takes time for its founder to find the trust of the followers. It is a lot of sacrificial time spent alone. It is an investment and for it to last, it takes time. Whether you are an early-bloomer, or a late-bloomer, what matters is the journey.