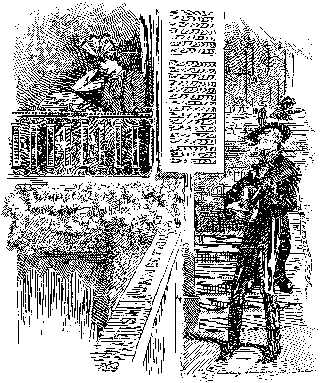 Is it night or is it day? A serenade is a song sung at night, generally in the open air below the window of your beloved.

But what does it mean when Malipiero calls this 1959 work a ‘serenata mattutina’, i.e., a morning serenade? In his words, ‘Serenades are the music of evening; night, too, is their friend but beware of letting them be overtaken by the light of dawn.’

It’s the morning after an evening that never really ended. He goes on to talk about the premiere of the piece and how it fulfilled his thoughts about the piece: ‘In truth I was taken unawares and was forced, in spite of myself, to surrender to the fascination of the place where my serenade would be performed for the first time, the Cloister of St Francis of Assisi in Sorrento on the Gulf of Naples. Here, there is a phosphorescent glow from light gathered in the depths of the sea; there is no night, and serenades merge into aubades. So, it is a miracle if I have been able to create a genuine serenade, because by the end the sun is already high in the sky.’

When he speaks of ‘aubades,’ he’s referring to music that was written for dawn or early morning – earlier than a mattutina. For him, this is a night that continues, even to daylight. He concludes his thoughts on the piece by saying ‘Serenades are to be heard, not seen; they are made of secret sounds, and there is no place in the Gulf of Naples for mists and mysteries, yet when we listen we look without seeing.’ 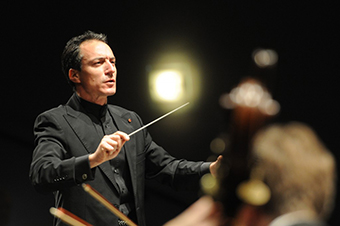 The work is neither a calm and loving serenade nor a bright morning piece. It’s a piece of a disturbed night. Snatches of melody appear and disappear, and he uses pizzicato on the viola, perhaps to be a guitar. The textures change – perhaps we’re looking at the ever-changing sea with its light and shadows.

He wrote it for an interesting combination of instruments: flute, oboe, clarinet, two bassoons, two horns and two violas, plus celesta. He saves the celesta, though, for the last 2 minutes of the piece, where it lends its shimmering bright sound to the dark misty world Malipiero has created.


In this performance, recorded in May 2017, the Orchestra della Svizzera italiana (OSI), the leading musical ensemble of Italian Switzerland, brings us their expertise in contemporary music. The conductor, Damian Iorio, also has a reputation for contemporary music, and is currently music director of the UK’s National Youth String Orchestra and the Milton Keynes City Orchestra. 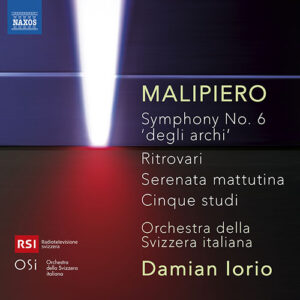