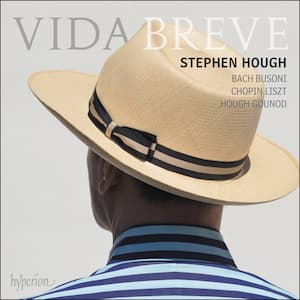 It seems fitting that British pianist Stephen Hough’s new album Vida Breve, featuring music on the theme of death, should be released while we are still in the thrall of the coronavirus. But this album is not a response to the pandemic and was in fact conceived and recorded long before any of us had heard of coronavirus or COVID-19.

For artists, writers and composers, death has always been a central preoccupation, resulting in some of the most extraordinary, exultant and emotionally profound expression in painting, literature and music – amply demonstrated in the works on Hough’s new album. In the nineteenth century people were far closer to death than we are today, and for Chopin (whose short life was dogged by ill-health), Liszt and Busoni, composers whose music is included on this CD, death was understood and accepted as part of the natural course of life.

Hough’s own piano sonata Vida Breve, the work which lends its title to the disc, explores the brevity of life, a reminder that our allocated time is short. An abstract, introspective work constructed of five tiny motivic cells, which interact contrapuntally and include a quotation from the French chanson En Avril à Paris, made famous by Charles Trenet, Vida Breve lasts a mere 10 minutes, a comment on the transient, fleeting nature of life, its passions and turmoil.

Bach’s mighty Chaconne from the D minor violin Partita opens this recording, in Busoni’s glorious, romantic transcription for solo piano. This epic cathedral of sound is a magnificent, emphatic, and here Hough gives it an authoritative, multi-layered, orchestral sound. Its opening is dark and sombre, yet the processional nature of this piece remarkably uplifts the atmosphere to this music, emphasised by the final Picardy Third cadence, ending the piece in the major key. 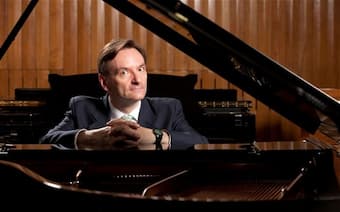 After the towering majesty of the Chaconne, Chopin’s Piano Sonata No. 2 is fleet and turbulent, its anxious intensity tempered when Hough lingers over the more lyrical Nocturne-like passages in the opening movement and the Scherzo, or when he allows the essential nobility of the music to shine through over disruptive bass motifs. Like the Chaconne, the famous Marche funèbre is magisterial rather than funereal, while the tender, dreamy middle section lends an other-worldliness to the music’s atmosphere before the tolling bass and mournful theme return.

In addition to the thematic associations between the pieces, there are musical connections too: the dark rumbling bass octaves in the Bach/Busoni Chaconne are reiterated in the Marche funèbre – a plangent left hand accompaniment which, in the reprise of the famous theme dominates, with a dark tolling grandeur. And this figure is later heard again in the opening of Liszt’s Funerailles, to which Hough brings an ominous darkness before a more reflective, wistful middle section.

The other piece by Liszt, the Bagatelle Sans Tonalité, is a musical gargoyle with its wayward harmonic language and grimacing, dancing rhythms.

The remaining works on the disc are encores of a sort – a reminder that this final recital is not quite over….. Busoni’s Kammer-Fantasie über Carmen uses familiar melodies and motifs from the opera and transforms them into a witty concert piece, to which Hough brings a warm romanticism. His own transcription of Arirang, a traditional Korean folksong, is gentle and contemplative, its lyrical melody singing out over a flowing accompaniment. It leads perfectly into Gounod’s recasting of Bach’s Prelude in C into Ave Maria (also transcribed by Hough), a popular work at funerals, perhaps because it is both perfect music for the transit to the afterlife and for reflections on life and the inevitability of death.

Vide Breve is released on the Hyperion label