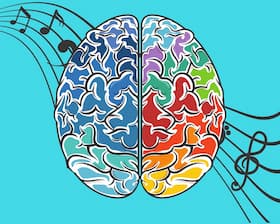 To frame the subject of can music be intelligent, we must first disregard most music that has lyrics or words from the subject.

Studies have shown that people who received musical training displayed improved intelligence. But can music by itself be intelligent? Maybe this can only be answered by drawing comparisons. So, can some music sound more insightful than other music?

Firstly, why would anyone want to know if music can be intelligent? Many people think of classical music as an art form, and we generally describe popular music as entertainment. So, does it take different levels of intelligence to create and to listen to classical and popular music? And is one saying something more intelligent than the other?

Bach: Chaconne from Partita No. 2 in D minor

Let us take a few well-known pieces. J.S. Bach’s Chaconne from Partita No. 2 in D minor. And The Entertainer by Scott Joplin played here on a 1915s piano by the amusing and talented Lord Vinheteiro.

Both pieces are instrumental music and are meant to communicate something specific. The Chaconne, is it saying something more cerebral and cleverer than The Entertainer? Does the answer lay in the reasons why we listen to music? Do you listen to music to be entertained or do you listen to be intellectually stimulated, challenged even? These questions could go on forever, such as can people listen to classical music for its entertainment value alone? And can people be mentally tested by pop music? 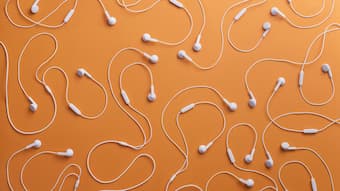 Any sort of music can be intellectualised, however, can the opposite be argued? Can you argue that Bach’s music is not appealing because it doesn’t sound like intelligent music? One could say that a lot of pop music is designed specifically for entertainment purposes and to appeal to the populace. Hence it wouldn’t be popular otherwise, would it? But could you say the same about Bach’s Chaconne? Yes, you could. Because among classical music lovers, it is known as a popular piece. And people do listen to it to be entertained, but does it intellectually stimulate at the same time? I’m guessing it does.

Maybe, all music is categorised by us through our values and preferences and not our intellectual likes and dislikes. I’m guessing that this question of can music be intelligent will remain an unresolved theoretical problem. However, I know some people believe that classical music is intellectually superior to pop music; I do not.

I learnt to love classical music through the frame of pop music, and I love both equally because they offer something unique and specific through their different mediums.

I write the style of music I do because I know it will appeal to a certain type of listener. And that through the voice of classical music I have found a form of expression that best fits what I want to say and how I want to say it.

I write my music to be intellectually stimulating and entertaining. Back onto Bach. I find a lot of Bach’s music to be more intellectually stimulating than entertaining. For me, this is a crime. But Bach is perhaps the only composers that I would say this about. Maybe I am not smart enough to understand his music, and that is why it doesn’t appeal to me. If that is true, just how smart do you have to be to understand Bach’s music?

Can only an intellectual person be content listening to Bach? People talk of the “mathematical precision” of Bach. For me, this sort of thing is the antithesis of why I listen to and create music. Music has a lot to do with maths, but that’s only in the construction stage. Music must emotionally appeal over any other ideal or technicality before I can find enjoyment in it.

That said, some of Bach’s pieces are emotionally enjoying for me. Such as his Air from the Orchestral Suite No. 3 in D major BWV 1068.

Bach: Air from Orchestral Suite No. 3 in D major

For me, order and form in music come second to emotional content. Music must offer a level of emotional appeal prior to anything else before it comes out of my pen or brain. However, some people say that Bach’s music offers all this and more, I do not agree.

Most classical music, especially orchestral music, seems to pertain to a higher level of intellectual output than say over a pop song. But this is just a perception. That is what most of us have learnt to accept as the chosen vernacular around classical music through years of having that equation thrust down our throats with no proof.

Most of the pop music I listen to, I describe as intellectual and entertaining. Take the hit song of several years ago by the British trip-hop group, Olive, You’re not Alone. This fills my passion for music on every level. It’s deep electronic beat and gated synthesiser driven tune with that seductive and alluring voice of lead singer Ruth-Ann Boyle makes me think and feel. This is what good music should do, whether it is classical or popular.