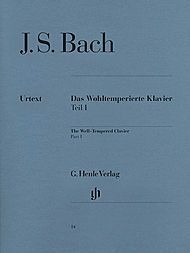 An urtext edition of a work of classical music is a printed version intended to reproduce the original intention of the composer as exactly as possible, without any added or changed material. (Wikipedia)

A good urtext score is the result of careful scholarly research and editing, offering a “clean” version of the manuscript, without the distractions of an editor’s markings, and opinions, and is the most faithful indication of the composer’s original intentions, which provides the starting point for independent thought and interpretative possibilities. The source materials for urtext editions include the composer’s autograph (the manuscript produced in the composer’s hand), hand copies made by the composer’s students and assistants, the first published edition and other early editions. Urtext editions differ from facsimile editions, which present a photographic reproduction of one of the original sources for a work of music, and interpretive editions, which offer an editor’s personal opinion on how to perform the work.

Of course it is important that we study the score carefully, taking note of the composer’s directions and markings. The score is our “roadmap”, with “signposts” to guide us in tempo, mood, expression, articulation, dynamics. At the most simplistic level, these markings tell us “how to play the notes”, and we ignore them at our peril. These markings are also the composer’s personal “signs”, indicating to us how he/she imagined the music and illuminating for us, at a distance of often several hundred years, how he/she expected it to sound. Some composers write very little in their scores, but what they do write is precious and important; others offer very clear instructions and even some very quirky ones (Olivier Messiaen, for example, even added his annotations about the “colours” of notes and chords as he perceived them as a synaesthete, and Satie’s Gnossiennes are liberally annotated with curious quotes, such as “on the tip of the tongue” which certainly offer food for thought to the performer!). Composers knew what they were doing and many were experienced performers themselves (Beethoven, for example, before his deafness forced him to retire from public performances), with clear indications of how to bring their music to life, and, in piano music, how to create different textures and suggest different instruments, from a woodwind solo to a full orchestral tutti. Such markings, however, presuppose a certain level of musical knowledge and understanding of a particular composer’s style and soundworld as well as consistency and objectivity amongst pianists, which cannot possibility exist since each pianist is an individual with a personal response to his or her repertoire.

So our fidelity to the written score has to be balanced with our own thoughts and intuition about the music, which comes from research and study, listening around the music, and our experience as musicians. Our individual responses to the markings on the score are inevitably subjective when it comes to realising them in performance; thus, the score once deciphered is not the final word and as performers we must find a compromise between the composer’s markings and our musical intuition. 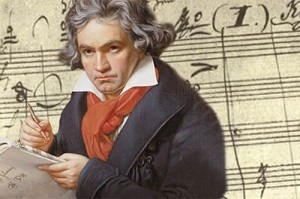 As Charles Rosen says in his excellent book ‘Piano Notes‘, “historical purity is not the most important goal of a performance, particularly when we can never be sure we are getting it right” and an effective performance is usually one which “respects the composer’s directions with absolutely fidelity and yet with imagination”.

The performer has a responsibility to adhere to the composer’s directions, but this can lead to difficulties too. If we religiously follow the directions, we can produce a very faithful rendering of the music, but it may not be the most interesting or imaginative version.

Often, the composer’s markings can also tell us a great deal about the kind of instrument with which the composer was working. For example, Chopin’s pedal markings tell us as much about the kind of piano he was used to working on as his musical ideas. Sometimes, coming at these markings with modern sensibilities and a big resonant modern instrument, we might feel his instructions are “wrong”, but it is possible to make small adjustments (a half-pedal mid-bar to avoid a muddy sound or dissonance) and remain true to the spirit of Chopin’s intentions.

Another prime example of this is the first movement of Beethoven’s ‘Moonlight’ Sonata. At the start, Beethoven gives the direction “sempre pp e senza sordini”. “Senza sordini” translates as “without mutes”, i.e. with the dampers lifted away from the strings by depressing the right pedal. If one were to follow this direction literally on a modern piano, the sound would be very muddy, especially on a large, highly resonant concert instrument, and the wondrous harmonic changes would be obscured. In Beethoven’s day the piano was considerably more “feeble”, smaller and far less resonant than a modern instrument, and the sound of the undamped strings would not last through the slow changes of harmony. To recreate something like the sound Beethoven probably intended, the dampers should be lifted only fractionally away from the strings to allow a slight blurring between the new harmony and the old. Such responses demonstrate an appreciation of the composer’s wishes balanced against the demands of the modern instrument.

So, we have to make considered judgements in order to balance fidelity to the score, the possibilities offered by the modern instrument and our own musical intuition and imagination. This leads us to “interpretation”, which can be defined as an ability to bring one’s imagination and personality to the music. This has its own difficulties – too much of the performer’s own imagination and personality can obscure the music, too little may result in a dull and colourless performance. The best and most memorable interpretations and performances are usually those where the performer fully convinces the audience that he or she has taken “ownership” of the music and made it their own, the result of the artist creating a version of the music that is meaningful and convincing to them personally. At this point, the musician has gone “beyond the notes” and the result is both personal and true to the spirit of the composer’s intentions.

Even Mozart had to interpret Mozart; not unlike the rest of us, no two performances by him would have been identical.
Mark Tanner, ‘The Mindful Pianist’ (Faber Music, 2016)

Mozart: Piano Sonata No. 8 in A Minor, K. 310
II. Andante cantabile con espressione
Mitsuko Uchida
This freedom of interpretation is not an easy state to achieve and is something which develops over a long time – time spent living with the music, studying it (away from the piano as well as at the piano), absorbing all the details and nuances, getting to the heart of the music to discover its “meaning” and narrative, “listening around” the music to gain insights into the composer’s style and soundworld, and to set the music in context, an understanding of performance practice, historical contexts and musical taste.

There is of course much to be gained in listening to recordings to gain insight into other performers’ myriad interpretations, and to offer inspiration, but never to imitate, for the following reason: