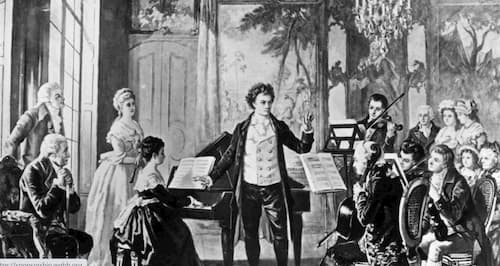 It’s taken a while to get to this article. When the Interlude.HK organisation requested an article about LVB + Me to contribute to his 250th birthday celebrations, I thought ‘great, how hard can that be?’, and then promptly spent the next few weeks wondering exactly what LVB does in fact, mean to me.

It seems there are two distinct categories of musicians and listeners engaging with LVB these days:

1. The Fanatics: the die-hard supporters of everything he ever did, those who swear by it and espouse the virtues of everything from the opening chord of the C Major Symphony to the fugal genius of the late string quartets. These people (and those who simply love and really enjoy his music) would be in the strong majority (witnessed by the huge amount of programming around the globe in celebration, alongside the general huge amount of programming in any other given year), but there are also;

2. The Loud Minority: those who will take any opportunity to tell you that Beethoven was actually not that good a composer; his melodic lines are all but non-existent, and the deluge of orchestras, pianists, and quartets playing his works are to the detriment of programming worldwide (especially as in the conversation surrounding the lack of programming of female/non-binary contemporary composers).

This agnostic approach basically sums up my relationship with Beethoven. The problem with this however, is that we currently live in a black and white diametrically opposed world, where every argument, topic, thought, and preference has two sides full of supporters deafly shouting at their opponents with every ounce of energy they have, whilst a silent group of ambivalent pacifists sit patiently and idly on the side-line.

For classical musicians and fans, the debate surrounding LVB is an accurate representation of every ongoing socio-political argument. On one hand, you have the staunch traditionalists, rather conservative and appreciative of the good old days; on the other hand, vocal liberalists who are waiting to tell you all the reasons you shouldn’t buy into the LVB myth and why it’s more important we listen to esoteric and forgotten composers instead. And you know what? Both sides have solid points.

So instead of weighing into any debate on what Beethoven means to me, I’m just going to share two awesome videos of my preferred LVB performers – Fazıl Say, the Turkish composer, who bashes the piano in such a wonderfully irreverent way; one I think Luddy would have appreciated; and a performance by a random unnamed pianist on a fortepiano, because I believe the true genius of LVB’s piano compositions lies in the understanding he had and treatment of the instrument he wrote for.

Enjoy, or don’t enjoy. It’s really up to you.