Channeling the sound and fury of nature through an orchestra gives everyone, from the composer to the conductor to the orchestra (primarily the string section) a thorough workout. 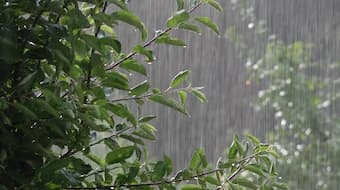 One of the most familiar of storms is in the third movement of Vivaldi’s Summer concerto from the Four Seasons (1720).

The sonnet that goes with the concertos sets this up at the end of the first verse: ‘Soft breezes stir the air, but threatening | the North Wind sweeps them suddenly aside. |The shepherd trembles, | fearing violent storms and his fate’. And then, in the 3rd verse: ‘The Heavens thunder and roar and with hail | Cut the head off the wheat and damages the grain’. And starting with rain in the violins, the heavens open. 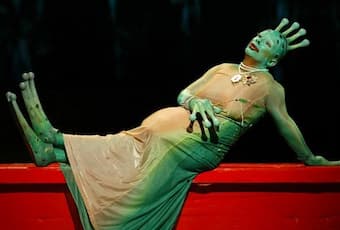 In Rameau’s 1745 opera Platée, two storms set the beginning and end of Act I. In an attempt to cure Jupiter’s wife of her jealousy, Mercury comes and tells the king of Greece that the opening storm has been caused by Juno’s jealousy. The King proposes a false love affair between Jupiter and Platée, a marsh nymph of outstanding ugliness.

Every time Juno is angered, another storm breaks out and the one at the end of Act I is a magnificent work of lightning flashes and drowning rain.


Rameau wrote the work for the wedding celebrations of Louis, Dauphin of France, son of King Louis XV of France, to the Infanta Maria Theresa of Spain. Despite having an opera based on marital infidelity and deceiving one’s spouse, the opera was popular and resulted in Rameau’s appointment shortly after the celebration to the position of Composer of the King’s Chamber Music. 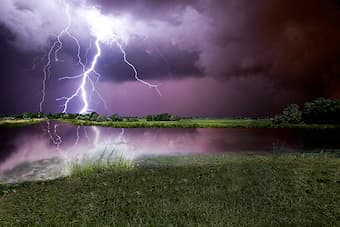 For his fourth movement Thunderstorm in his Pastoral Symphony, Beethoven used an orchestra that could do thunder (cellos and double basses), rain (violins), more thunder (timpani), lightning strikes (piccolo), and all of the other accompanying sounds and actions of a really good storm. At the end, the storm passes, with occasional grumbles of thunder in the distance.

Ferde Grofé’s 1931 work The Grand Canyon Suite, gives us the sound and fury of a storm in the American West. The previous movement was Sunset and so this movements continues the stillness until suddenly, there are flashes of lightning, down bursts of rain in the piano, thunder in the timpani, and suddenly, we’re in the middle of a full-blown storm. But, as the title says, it’s a cloudburst so just a quick 3-minute flash storm, and then the sunset returns, fighting its way through the clouds.

Although we’ve seen how orchestras create rainstorms, one of the most innovative of modern composers, Eric Whitacre, has given us a magnificent choral storm in his 1991 work Cloudburst. The song text by Octavio Paz is El cántaro roto (The Broken Water-Jar) and is a reflection on water and no water, dust and the burnt earth, until the rain awakens. The chorus is augmented by two thunder sheets and a bass drum, but it is the chorus itself, through finger snaps and hand claps, that brings the storm to us and then it recedes.


Cloudbursts, slashing rain, echoing thunder, and bright flashes are these rainstorms. Use it to cool off from the summer heat, or to water the thirsty plants. It can be a welcome relief or an overwhelming flood, but no matter where it comes, it’s necessary to all life.