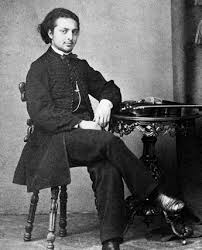 The history of the violin concerto in Russia is inextricably linked to the incredible performing career of Leopold Auer (1845-1930). Spanning two centuries, Auer’s playing was polished and elegant, and although it supposedly lacked fire, “he made up for it with classic nobility.” Auer played with polished technique, impeccable intonation, and incisive rhythm. When Pyotr Ilyich Tchaikovsky heard Auer in Moscow in 1874, he praised, “Auer’s great expressivity, and the thoughtful finesse and poetry of the interpretation.” 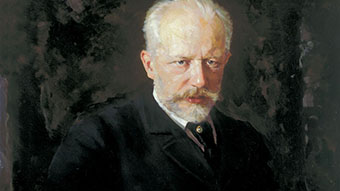 Tchaikovsky personally met Auer no later than January 1875, when both attended a reception at the home of Nikolai Rubinstein. Auer, apparently had been a fan of Tchaikovsky’s early symphonies as he writes in his memoirs, “I had championed the symphonic works of the young Tchaikovsky, who was at that time not universally recognized.” It is unclear if Auer commissioned Tchaikovsky, or whether the composer resolved to write a piece for Auer on his own. We first learn of that work from a Tchaikovsky letter to his brother Modest on February 1875. “I have finished my Piano Concerto,” he writes, “and have already written a violin piece I have promised to Auer.” The mentioned composition turns out to be the Sérénade mélancolique, which was initially dedicated to Auer. Auer, however, did not premier the work, and in the subsequent scuffle over the Tchaikovsky Violin Concerto, which was initially dedicated to Auer as well, the dedication was ultimately withdrawn. 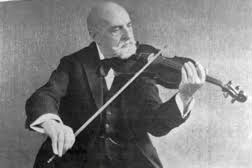 It might sound improbable, but Leopold Auer suffered from small hands. He writes in his memoirs, “my hands are so weak and their conformation is so poor that when I have not played the violin for several successive days, and then take up the instrument, I feel as if I had altogether lost the facility of playing.” It took an iron will and stubborn determination to just keep his technique in shape. Auer never relented, and composers rewarded his determination with a host of dedicated compositions. And that includes the Violin Concerto by Alexander Glazunov. 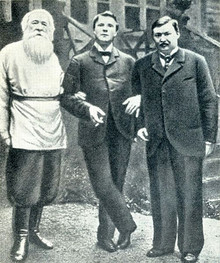 The work dates from 1904/05, when the composer was at the height of his fame in Russia. It first sounded in 15 February 1905 in St. Petersburg at a concert of the Russian Music Society. Glazunov conducted and Leopold Auer was the soloist. It was Auer’s fourteen-year-old student Mischa Elman who gave the first performances outside Russia in the same year, helping to build the work’s international reputation. It has been said that Glazunov, who also wrote his own brilliantly effective cadenza, created an almost perfect concerto for Auer. Essentially unfolding in a single continuous movement, the concerto is “a superbly imagined work with the solo part beautifully integrated into the overall design.” 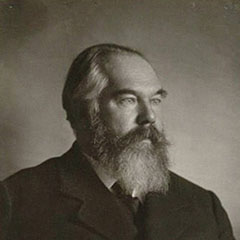 In March 1876, Sergei Taneyev (1856-1915) toured Russia with Leopold Auer to great acclaim. Taneyev had just graduated from the Moscow Conservatory with a gold medal in composition and piano performance, and he made his official debut with Brahms’s First Piano Concerto. Taneyev and Auer stayed in touch and occasionally performed over the next 30 years, but it was only in 1908/09 that Taneyev wrote his only large instrumental piece for orchestra and solo violin. The Suite de Concert, Op. 28 is predictably dedicated to Auer and represents a synthesis of several different traditions. Essentially, it is a supercharged and updated Baroque suite, sporting “Prelude” and “Gavotte” movements, and closing with a “Tarantella” substituting for a Baroque “Gigue.” The “Fairy Tale” movement takes its bearing from the imaginary world of Robert Schumann, and the substantial “Theme and Variations” seemingly pays homage to his mentor Tchaikovsky. The Suite is a formidable display piece, designed to show off the technical prowess of violinists of the highest caliber. Yet, it is infiltrated with the warm lyricism that Auer was famous for projecting. Yet once again, Auer did not actually perform the work, and its reception was underwhelming. 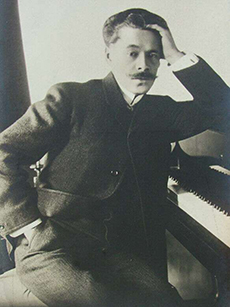 After Anton Stepanovich Arensky (1861-1906) completed his composition studies with Rimsky-Korsakov at the St. Petersburg Conservatory, he became one of the youngest professors ever hired at the Moscow Conservatory. As a teacher, he was highly respected and counted among his students the likes of Alexander Gretchaninov, Alexander Scriabin, and Sergei Rachmaninoff. As a composer, Arensky produced a number of operas, music for chamber groups and piano solo, and symphonic and concertante works including a Violin Concerto dedicated to Leopold Auer. However, since his own teacher accused him of lacking a distinctive personal style, the majority of his compositions have largely been forgotten. I think that’s rather unfortunate, as the Violin Concerto composed in 1891, was taken up by numerous soloists of the next half-century. Initially, the work underwent considerable revision before it was published several years later. The score is cast in a continuous movement with four discernable sections. Beautifully crafted, the work abounds with almost sugary lyricism throughout and appears tailor-made for Auer’s sensitive and profoundly thoughtful interpretation.