The Russian–Italian–French composer Igor Markevitch (1912-1983) was a discovery of the choreographer-impresario Serge Diaghilev who commissioned a piano concerto from him when he was only 17. Markevitch had studied in Paris with Alfred Cortot for piano and with Nadia Boulanger and Paul Dukas for composition at the École Normale. 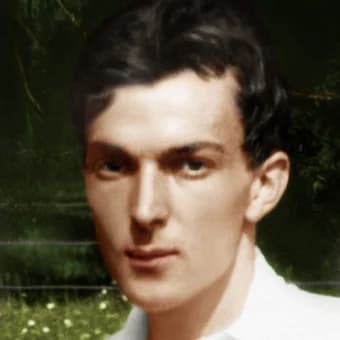 Diaghilev died the same year, 1929, when he commissioned the piano concerto, having also commissioned Markevitch to create a new ballet with the dancer and librettist Boris Kochno. Diaghilev’s death brought all these projects to a halt, but the works were published by Schott in Germany.

In the 1930s, Markevitch wrote one major work a year, to the point of being hailed as a second Stravinsky. A work from 1931, Rébus, was originally intended to be a ballet with choreography by Leonid Massine. The work was never staged but had its debut in a concert version, with the composer conducting.

A rebus is the depiction of a syllable, a word, or a name through enigmatic images. For example:

Markevitch tried to accomplish this same thing with music. In the original plan for the ballet, the audience was supposed to guess which proverb was being illustrated by the various scenes. They were to submit their answers at the end of the performance.

The final word of each scene, omitting the first and last is: Pauvreté, n’est pas vice (Poverty is no vice). Oddly enough, these scene titles were only in the individual parts, not the full score. We don’t know if the audience was told the puzzle or was even able to sort it out from the concert performance.

However, this work, the product of the 19-year-old Markevitch is remarkable for what it achieves as a concert work in and of itself. The six parts are all done at a quick tempo – there is, as one reviewer said, ‘no andante by way of contrast’ but rather through ‘giving each piece a different character and colour’. The critic for the New York Times in his review of the premiere noted in particular the Variations movement as being of ‘splendid originality. Long melodic phrases unfold themselves as in Mussorgsky, but above them swarms an agitated mass of rhythmic motives curiously interlaced in a subtle counterpoint.’ Through his review he compares Markevitch not only to Mussorgsky but also to Ravel and Stravinsky, starting with his mastery of composition at such a young age.


The work ends, as was common in ballets of the time, with a Parade, which, in the case of the music, means a revisiting of the themes of the work as a whole.


The work was given its US premiere by the Serge Koussevitzky Boston Symphony Orchestra in April 1933 at Carnegie Hall, New York, where the full movement titles were given in the program, and the rebus explained in the program notes. As a concert piece, the title of the work was given as ‘Rebus: an Imaginary Ballet for Orchestra’.