In Tune Arts
Diaghilev and the Ballet Russes: When Art danced with Music
by Ursula Rehn Wolfman June 14th, 2013 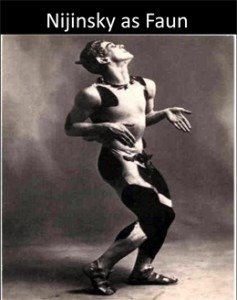 The current exhibition at the National Gallery of Art in Washington, D.C. “Diaghilev and the Ballets Russes, 1909-1929: When Art Danced with Music” brings into focus one of the most productive eras in the arts, in which poetry, art, theater, dance, music and fashion inspired each other, creating a synthesis of the arts rarely seen. It was the genius of one man in particular, who was the catalyst for it all — Serge Diaghilev.

During his formative years in Russia, Diaghilev’s first love was music (he was a very competent pianist), but he also showed interest in Russian avant-garde art, theater and ballet (“The dream and purpose of my life is to work in the field of art ‘Diaghilev, the Man’ – catalogue of the exhibition, p. 41). With the publication of his journal, Mir iskusstva (World of Art), Diaghilev wanted to educate the public and raise the standard of Russian art. He assembled a group of artists — including Léon Bakst, Alexandre Benois, Dima Filosofov, Nicholas Roerich, Konstantin Korovin and Aleksandr Golovin — who worked closely with him not only in Russia, but also proved to be instrumental in his later stage productions for the Ballets Russes, once he had taken his company to England and France. The Russian artists produced strikingly unusual, modern works in which color and imagination were more important that accurate historical representation, leaving behind the 19th century tradition of Russian ballet. Their financial supporters were connected to the Russian Arts and Crafts movement (founders of the artist colonies in Abramtsevo and Talashkino), i.e., to Russian folklore, crafts and decoration, to ancient Russia, but also to the avant-garde which itself was influenced by the Post-Impressionist and Fauves painters — all topics which became the focus of Diaghilev’s articles in his publication. In 1906, Diaghilev organized a survey of Russian Art at the Salon d’ Automne at the Grand Palais in Paris, which was also presented the following year at the Eighth Viennese Biennale. Diaghilev and Rimsky-Korsakov also organized concerts of Russian music at the Paris Opéra, producing Boris Godunov, starring Fyodor Chaliapin and the chorus of the Bolshoi Theater, in 1908. 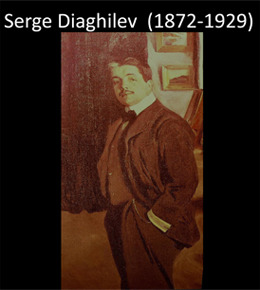 At the suggestion of his friends, Diaghilev increasingly turned his attention to ballet productions, and from 1909 onward introduced his Ballets Russes to European audiences. They received great attention, particularly in Paris, home to many Russian émigrés who had fled the Russian revolutions in the 19th and early 20th centuries. The first great success was The Firebird, but all of the topics of the ballets — the Russian Steppes in Prince Igor, the Caucuses in Tamar, the sensuous Orient of Samarkand in Schéhérazade, the painted wooden villages in Contes Russes and the kremlins (walled cities of onion domed churches) in The Firebird — fascinated European audiences. The roles of male dancers were greatly enhanced by the talents of Nijinsky, Fokine, Balanchine and Massine – no longer just supporting the prima ballerinas, but coming into their own with extraordinary skill and talent. Elegantly dressed dancers, male and female, became the models for Russian fashion, and the sumptuous fabrics and designs by Natalia Goncharova, Sonia Delaunay and Léon Bakst in turn became the inspiration for French designers of Haute Couture, such as Paul Poiret and Coco Chanel, and even the inspiration for the iconic Russian collection by Yves St. Laurent in 1976. 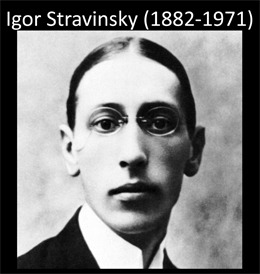 Diaghilev had the special gift of fusing music, dance and stage setting in new and extraordinary ways, calling on his close circle of friends, composers, painters, costume and set designers not only from Russia, but increasingly from France as well. Painters such as Matisse, Braque and Picasso — whose first wife, Olga Khokhlova, was a dancer of the Ballets Russes — and composers such as Debussy, Ravel, Satie and Milhaud worked on his productions on a regular basis.

One of the most successful ballets was based on Debussy’s composition Prélude à l’après-midi d’un faune (Prelude to the Afternoon of a Faun), itself inspired by Mallarmé’s beautiful poem of the same name. The composition starts with an opening flute solo – a haunting beginning of a languorous melody which fuses into shimmering orchestration, creating a dreamlike atmosphere – a tone poem which has no formal musical architecture. Its free-form became the inspiration for many 20th century composers such as Stravinsky, Prokofiev, Satie and Poulenc, employing dissonances, sounds and silences, features reflected in the works of composers in the 21st century. 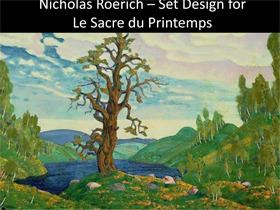 Nijinsky choreographed and performed the ballet with costumes created by Léon Bakst, creating a suggestive and erotic state of being for the faun, shifting between dream and reality, replicating in movement what Debussy said about his composition “La musique….ne prétend pas en être une synthèse. Il s’agit plutôt de fonds successifs sur lesquels se meuvent les désirs et les rêves du faune…” (The music does not pretend to be a synthesis. It is rather the successive basis from which arise the desires and dreams of a faun — quoted in Les poètes symbolistes et la musique: de Verlaine à Blok by Hélène Desgraupes). 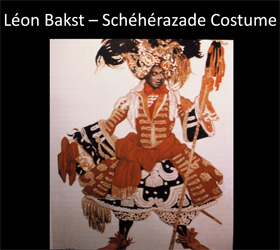 One of the most important and cataclysmic events in the history of the Ballets Russes occured on May 29, 1913 in the Théâtre des Champs Elysées at the first performance of ‘Le Sacre du Printemps’ (The Rite of Spring), produced by Diaghilev, with music by the young Igor Stravinsky, whom Diaghilev had discovered and introduced to the French public. The audience reacted violently to Nijinsky’s unusual dramatic choreography, where the angular motion of the dancers’ arms, turned-in feet and pounding rhythmic movements shocked more than did the music itself, which could almost not be heard over the shouting and whistles of the audience. ‘The Rite of Spring’ saw only nine performances, but Stravinsky’s music was soon hailed a masterpiece of the 20th century musical canon with many subsequent concert performances, as were his ‘The Firebird’ and ‘Petrushka’ scores for the Ballets Russes, and many of his other compositions.

Diaghilev’s Ballets Russes productions proved a profound influence on the arts of the 20th century. Many of their famous dancers became choreographers and teachers in the Americas, Europe, and even Australia — taking inspiration from this amazing era, unique in its day, but even today still proving, and in many ways still defining, ‘modernity’.