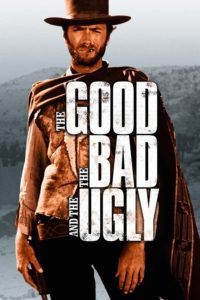 In part I of this series, we heard several examples of how film music is designed to affect us psychologically. In this part, we look closer at why movie makers need to include music that pulls our psychological strings.

In the movie The Good, The Bad and the Ugly, towards the end, there is the famous Three-Way Standoff scene that has no dialogue. The music tells you that someone is going to die. It sets up a psychological response that says maybe only one person will get out of this alive. To be honest, if the scene did not have music, you could figure out what was going to happen anyway. Movies like this Spaghetti Western are not full of complex characters and multifaceted scenarios, but the soundtrack is so much fun.

However, some directors leave the music to tell you the plot through limited visuals. Some directors include music to manipulate your emotions. Depending on what they want you to feel, the music can change the emotional response to any scene. This comical video explains how changing music can alter how you feel about a scene. How movie music manipulates your emotions.

A primary function of film music is to create a mood. Some early movie directors didn’t understand this. They included well-known classical pieces simply because they were well known. They thought it would add depth to their story, like in the 1931 version of Dracula. Or, the same music by Tchaikovsky in the 1932 version of The Mummy. Music added to silent films was to help with transitions between scenes, direct attention and establish mood, but as we hear, it was also added because it was popular.

Even in movies today classical music compositions are some of the most used sources of film music. Classical music is used to provide a dramatic mood and to underpin the narrative. But, as this music has a pre-existing association with many people, it rarely works as well or penetrates as deep as original music.

Beethoven’s music has been used extensively in films since their inception. In the 2010 movie The Kings Speech, the Allegretto from Beethoven’s Symphony No. 7 was used for a major speech by the future King George VI. While the music gets the point of determination across, would a piece of original music have worked better? Sometimes it looks like a case of laziness from movie directors to include well-known classical pieces, but I feel this one works.

Music brings a truth to a film scene. Movie music makes a listener more receptive to ideas and suggestions. Some people listen to music to alter their mood, but having your mood purposely altered while watching a film, is that saying something about the movie or you?

In the modern film noir movie Chinatown, a favourite of mine, the love theme is used more than once. It’s there of course, in the love scene, and towards the end, the love theme returns to remind the viewer of the love that once was. It returns in the famous forget it Jake, it’s Chinatown scene. This music by Jerry Goldsmith, tells more than one story, at least it made you feel more than one thing. This sad, yet passionate theme sets up a response that suggests this is more than a seductive sex scene, there is also something final in the music. It pulls more than one emotional string. 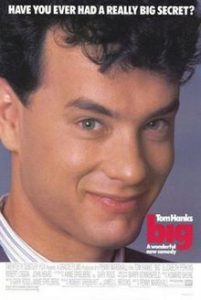 Through unspoken thoughts and unseen implications, film music states what is unuttered. And, music can reveal what is difficult to express in language, such as a frame of mind, or memory, or dreams and feelings. Music fits the bill better than language can at times.

One of the things that good film music does, it stays with us, it lingers. It’s impossible to separate a scene and the music in your mind once you’ve experienced it. Try to disconnect that shower scene in Psycho from its music. The unity of sound and image provides a deep psychological experience.

Music imitating gesture or movement, as spoken about in part I, with the Mickey Mousing device, a scene that contains just movement, like dance, simply wouldn’t work without music. Some music is so directly connected to movement, that without it there would not be a scene. In the Playing the Piano Scene, from the 1988 movie Big, it may be more than obvious that they had to have music as the actors are playing a piano with their feet.

However, with some scenes like in the opening title sequence from the 1944 film Double Indemnity, with music by my favourite Hollywood composer, Miklos Rozsa, the music suggests the slow plodding along of a person walking; it reinforces the visual. In this case, it’s a man on crutches. If you’ve seen the movie, you’ll know how important that scene and the music are to the movie. If you have not seen it, the man on crutches is imitating the man he has killed, the husband of his lover.

A lot of film music is connected to gesture, physical and mental, and in addition to gestural film music, sound design can say so much about a film scene. We’ll be looking deeper at these ideas in the final part of The Psychology in Film Music next week.