Features
The Psychology in Film Music I
by Rob J Kennedy February 28th, 2020 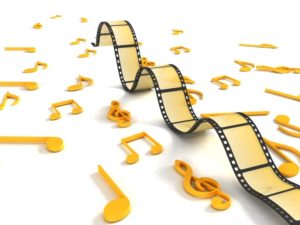 After finishing my three-part series on the philosophy in music, the inquiry into the psychology in music was something I thought that needed to be further fleshed out, also as a three-part series. What I’ve always known is that if ever there was a genre of music that contained strong psychological statements, it is film music.

Movie music, a soundtrack, whatever you call it, it’s there to add an unspoken dialogue and suggest among other things, psychological implications to the scenes happening before your eyes.

Even in the very earliest movies, the silent era, there was live music or background music played on a phonograph. Most of this was used to add an audio accompaniment to the action on the screen. However, the moment synchronised and composed sound was included in moving pictures, it said something else. It said, hey, this is what might be happening. It said I’m going to make you think there’s something other intended than what your eyes are seeing.

One of the main historical devices in movie music, which still exists today, is found in so many moving pictures. It’s a technique called Mickey Mousing. You can guess how it got its name. When a character runs up a staircase, the music (known as a cue) runs up with or just after the character, copying the physical action. When a character runs down whatever, the music follows it down. That’s it. There you have Mickey Mousing.

A Walt Disney Comic of 1929 called The Skeleton Dance is one of the best examples of this musical device.

Another famous depiction of Mickey Mousing comes from the seminal 1945 film noir movie Mildred Pierce. In a scene, Mildred’s business partner, Wally, has been tricked by Mildred and he runs around her house trying to find Mildred, but instead, he finds the dead body of Mildred’s husband. The music tells the story of Wally’s panicked thoughts and actions, and the moral dilemma he is now in.

The music in films is not simply there as an accompaniment to the scenes, it helps explain what’s going on in movies. It adds another layer of ideas and suggestions. In other words, it offers a psychological explanation of the unspoken and suggested inferences in movies.

Film music creates a much stronger psychological impact than straight instrumental music. It is there specifically to say something. It’s there to make you think and feel something outside of what you see around you. By the way, that’s what philosophy does too.

Alfred Hitchcock and his composers, in particular, Bernard Herrmann, were masters at getting music to tell the story in his films. Psycho is perhaps the most classic example of music telling the story and adding psychological elements that without the music, the movie would not say as much. This short video explains How Music Tells The Story.

The opening music in Psycho with its rapid tempo directly sets up the tension that is to come. No words are necessary. That music returns and speaks of Marion’s, a lead character, anxious mind from having stolen money from her boss. It speaks of the fear of being caught, it also speaks about her guilt and the moral position she has put herself in. The music actually watches her, it chases her like a crime fighter, it’s also a reflection of her morals.

Themes and motives in film music are there to remind you of the nature of a character, a situation or a place. Such as Tara’s Theme by Max Steiner from the movie version of Gone with the Wind.

In the 1944 movie titled Laura, Gene Tierney plays the main character, Laura. Throughout the movie, Laura’s theme by the composer David Raksin is constantly heard. It is there to remind you of the virtue of Laura. It sings of her dreamy nature and appearance. It sets up how you are supposed to feel about Laura; it plays on your moral outlook of this character. You just know that with this sort of music, the person it reflects is loving, innocent and sweet.

We all know the effect that the music in horror films has on us. Think of the theme from Jaws. It made millions of people scared of the sea after it was released. Or, Mike Oldfield’s Tubular Bells, which was used to heighten the unnerving feeling of evil in that scariest movie ever, The Exorcist.

This sort of music has a strong psychological effect on us. The music makes us more scared of the things we fear, and for some reason, humans love being scared.

Movie music creates an understanding of what characters are feeling without an actor saying what they feel. Film music shapes and tells narratives. Narrative music tells an audience what to feel. Without the music, you would be left wondering what an actor was going through.

The reason why there are so few movies without music is that music helps builds the intensity of scenes, and to be honest, some movies need that. We’ll be exploring this theme and more in part two next week.