In Tune Sciences
Music as Communication Across All Levels – An Interview with Peter Keller
by Maureen Buja July 31st, 2018 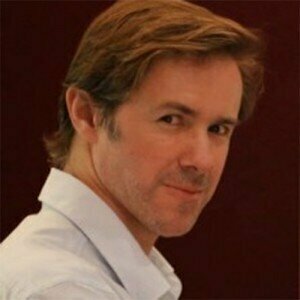 When playing in an ensemble, are you in a world of your own or do you create strong perceptive links with your fellow players? It is this world of the imperceptible that Professor Peter Keller of the Western Sydney University examines. Through EEG and MRI studies, he looks inside the music listener and asks questions such as ‘Which work was rehearsed and which was improvised?’ Some listeners do far better than average – and those listeners have a greater empathy with the performance. They’re hearing the subtle hesitations that are inevitable in an improvisation. Most of us, however, do little better than chance, 50%, when judging if something is improvisation or practiced.

Professor Keller combined his interests in performance (he plays the trombone) and musicology with psychology and uses his background to inform his research.

What’s more to the point is that the researchers would like YOU to try their TEST.

Some of the parameters they will be looking at will be gender, age, familiarity with choral music, and, of course, your answers. It’s all anonymous, so do your best. 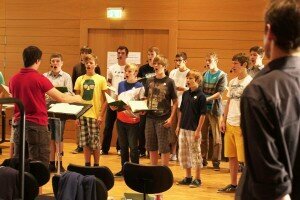 Professor Keller’s work has many implications, both for musicians and non-musicians. For musicians, he’s looking at how ensembles communicate visually by body movements. He’s looking at the difference in playing across a set of rehearsals – what does a musician do when learning the music and what do musicians do when playing as an ensemble? The quicker the connections between the players, such as when ensemble members are familiar with each other’s’ playing styles, the more confident the ensemble playing is. He’s currently working with the Omega Ensemble, recording every rehearsal and the final performance of the Brahms Clarinet Quintet to see how and when these changes happen.

For non-musicians, he was part of a team that worked with a group of patients with Parkinson’s disease. For those patients, their timing is off – they have problems with movement such as starting to walk or shuffling while they do walk. They found that, for many patients, music with a strong beat helped them regain their motion timing – they could move following the beat. The music they used, a favourite of the patients, was a 1870s folk song, ‘Hoch auf dem gelben Wagen,’ that many patients knew from its popularity in the 1970s.

One of the interesting results from this research is that the patients that it helped could be determined at the start of the study through their ability to tap their fingers to a beat – if they couldn’t feel / tap the beat, this rehabilitation wouldn’t work well for them.

We don’t often think about this aspect of music – the sometimes unconscious things we note that an ensemble might be doing – but next time you’re at symphony, look at how the concertmaster moves versus the players in the back row. What would we think if the entire first violin section moved like the concert master? How much of that action is about being the section leader and having to be a leader to the people sitting behind you?

In a larger sense, what are the actions of leaders that makes us see them as leaders, what is our reaction to someone who acts like a leader, how do we hear if something is made up on the spot or has been rehearsed so that the slightest interpretation has been clearly thought out? Professor Keller is using music as his vector for approaching these questions, but, as with all questions in psychology, there are larger implications for daily life.